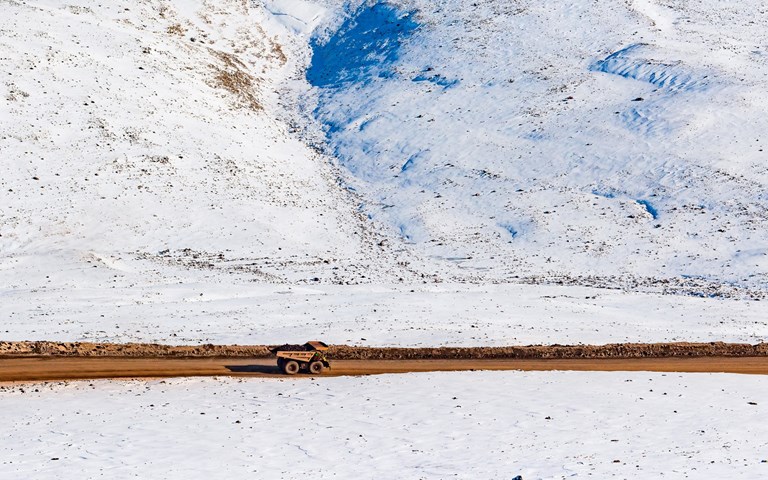 A presumptive case of COVID-19 has been reported at Baffinland’s Mary River mine in Nunavut. Courtesy of Baffinland.

Welcome back to your weekly mining news recap, where we catch you up on some of the news you may have missed. This week’s headlines include Iamgold providing updates on its Côté Gold project, Supreme Court dismissing challenge against Trans Mountain pipeline expansion approval and Victoria Gold beginning commercial production at its Eagle gold mine.

British Columbia’s Ministry of Energy, Mines and Petroleum Resources has proposed a number of changes to the province’s Mines Act in order to strengthen the government’s ability to hold mines accountable. One major change is the proposed creation of a chief permitting officer position, which would separate the responsibility for permitting and safety concerns from the existing chief inspector of mines position. Other proposed changes include strengthening the government’s investigation authorities, creating a mines audits and effectiveness unit and increasing the limitation period from three to five years in both the Mines Act and the Environmental Management Act.

Iamgold has received federal approval under section 36 of the Fisheries Act for its Côté Gold project in northern Ontario, and provided an update on the joint venture with Sumitomo Metal Mining. The company announced that as of May 2020, it has completed over 60 per cent of detailed project engineering, including a tailings facility, initial tree clearing of the site and additional resource and geotechnical studies, while other permitting is under way. The two partners are currently discussing safety and environment protocols for the project, which would allow construction to begin this year and be completed by mid-2023.

Cameco announced that the federal Court of Appeal has upheld the Tax Court of Canada’s September 2018 decision, in favour of the company regarding its dispute with reassessments issued by the Canadian Revenue Agency (CRA) for the 2003, 2005 and 2006 tax years. The federal government currently holds $303 million in cash and $482 million in letters of credit that the company has been required to pay as instalments to CRA reassessments from 2003 through 2013. The company has said it will ask the government to return these instalments regardless of whether the CRA appeals the Tax Court’s decision. The CRA has until September 25 to appeal the decision to the Supreme Court of Canada, or until November 12 if proposed legislation currently under consideration is passed, otherwise the dispute will be resolved in favour of the company.

A presumptive case of COVID-19 at Baffinland’s Mary River mine in Nunavut will be confirmed next week, as reported by Nunatsiaq News. The worker in question, who recently arrived at the mine site, is described as asymptomatic and is currently in isolation. Another 12 people who have been in contact with the worker are also in isolation as the territorial government and the mine await test results from an Ontario lab.

The Carcross/Tagish First Nation in Yukon is asking the territorial government to abolish its free entry system for staking mining claims, as reported by The Narwhal. The system allows, with some exceptions, prospectors to stake claims anywhere in the territory, which then cannot be denied.  The Carcross/Tagish First Nation says the system absolves companies from consultations with First Nations. The call is a response to a request for comments by an independent panel working on a Yukon Mineral Development Strategy, which could change existing mineral legislation.

Get the recap right to your inbox

Harte Gold has received financing up to US$30 million from Appian Capital Advisory LLP to restart its Sugar Zone mine in Ontario in July. Per the agreement, Appian Capital will receive a private placement of 9.5 million Harte Gold shares at a value of US$1 per share, will provide a one-time US$18.5 million credit facility and will receive a net smelter royalty of 0.5 per cent of gold produced at the mine in exchange for US$2 million. The mine’s operations have been suspended since March 30 and the company has stated it is financially unable to restart the mine on its own.

Kirkland Lake Gold is being sued by a shareholder in a U.S. federal court for allegedly defrauding shareholders through misleading statements in 2019 prior to its acquisition of Detour Gold, which caused the company’s share price to fall by more than 17 per cent, as reported by Reuters. The company recently announced the results of its drilling program at its Detour Lake gold project, acquired in the transaction in question, reporting high grades and extended mineralization at the project’s main pit and 58 north zone areas. The company also re-issued its 2020 guidance, estimating a production of between 1.35 million and 1.4 million ounces of gold and a sustaining capital expenditure of $390 to $400 million.

The Supreme Court of Canada has dismissed an application by a group of First Nations in British Columbia to challenge the federal government’s most recent approval of the Trans Mountain pipeline expansion project, as reported by CBC. The Squamish Nation, Tsleil-Waututh Nation and Coldwater Indian Band wanted to appeal a February decision by the Federal Court of Appeal that found the government’s approval last June of the pipeline expansion reasonable. Leaders from the Squamish and Tsleil-Waututh Nations have stated they will explore other avenues to halt the pipeline’s expansion.

Victoria Gold has reached commercial production at its Eagle gold mine in the Yukon, as reported by Mining.com. The Eagle mine is part of the company’s Dublin Gulch property and is expected to produce 210,000 ounces of gold annually at an all-in sustaining cost of $750 per ounce, making it the largest gold mine in the territory’s history.

A landslide at a jade mine in northern Myanmar has killed at least 160 people, as reported by BBC. Heavy rains triggered the landslide in Myanmar’s Kachin state, where artisanal miners were sifting through the waste rock generated by larger-scale mining operations. A landslide in 2015 in the same area killed 113.