The CIM Magazine Weekly Mining News Recap for May 22
By Tijana Mitrovic
May 22, 2020 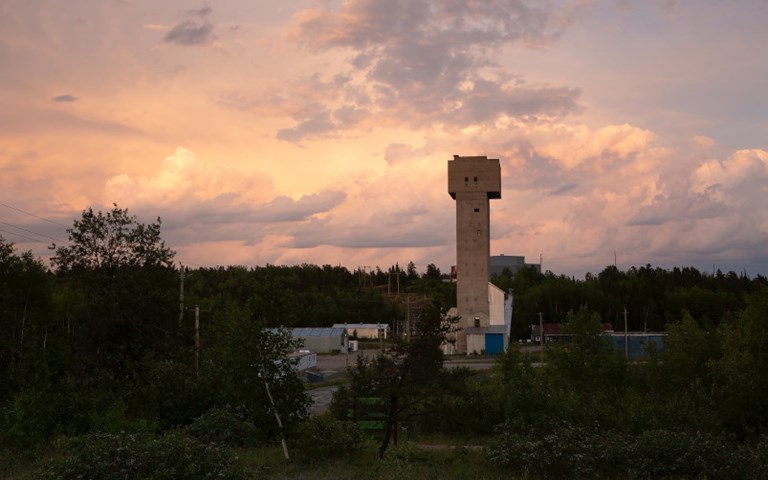 Pure Gold will benefit from a $15 million investment for exploration at its Red Lake mine in Ontario. Courtesy of Pure Gold.

Welcome back to your weekly mining news recap, where we catch you up on some of the news you may have missed. This week’s headlines include Ecuador resuming some mine operations amid protests, S&P Global Market Intelligence estimating a significant drop in exploration spending and Teck Resources’ CEO being questioned.

A new report by S&P Global Market Intelligence estimates that mining exploration spending will drop from US$9.3 billion to US$6.6 billion this year, representing a 29 per cent decrease, as reported by Mining.com. According to the report, gold exploration spending is expected to drop by more than US$800 million compared to last year, as the majority of drilling is done by junior miners who have been more severely impacted due to the COVID-19 pandemic. Organizations such as the Association for Mineral Exploration are still working on new health and safety protocols to resume exploration as early as this summer in British Columbia, as reported by City News.

The World Platinum Investment Council (WPIC) released its 2020 first quarter report, demonstrating that the impact of the COVID-19 pandemic on the platinum market is less than expected, as reported by Mining.com. According to the report, total platinum demand fell by 5 per cent and total supply decreased by 19 per cent compared to the previous quarter for a surplus of 124,000 ounces. The WPIC is also forecasting that, despite the effects of the pandemic, 2020 surplus will reach 247,000 ounces of platinum, an increase of 128,000 ounces more than previously estimated.

Some Teck Resources investors want to unseat CEO Don Lindsay after the company’s rocky start to 2020, which saw it withdraw its Frontier mine application as well as significant price declines of its four commodities – coal, copper, zinc and oil – as reported by the Financial Post. Shareholder Bob Bishop, founder of Impala Asset Management, wrote a letter to Teck’s board in late February and visited the company’s chair, Sheila Murray, in person to argue that Lindsay should be let go from his position. Murray and her predecessor as chair have defended Lindsay, who has served as CEO since 2005, and have stated they do not intend to replace him.

Ecuador has restarted some mining operations after a two-month shutdown due to the COVID-19 pandemic, which has led to some local community members protesting, as reported by Reuters. The government approved new health and safety protocols for the transportation of workers to mine sites while companies such as Lundin Gold, which runs the Fruta del Norte mine, have stated they will be following the new security protocols for workers and nearby communities, as well as testing drivers who enter the mines. Three people were arrested and later released after trying to block vehicles entering the Fruta del Norte mine in protest. Local community members have stated that they believe the company is not doing enough to stop the spread of the virus.

Kinross Gold announced that unionized employees at its Tasiast mine in Mauritania have suspended their strike at the request of the government. The company reiterated that it disagrees with the basis of the strike, which began on May 5, months after the company and union reached a new collective labour agreement. According to the company, it has adhered to all labour codes and government mandates relating to the current COVID-19 pandemic and remains open to discussions with the union. Despite the strike, Kinross has not revised its production guidance for 2020.

CIM has announced its 2020 award winners, recognizing industry members for their outstanding contributions in various fields. This year’s nominees include David J. Forrester and Deborah A. McCombe who were awarded the CIM Distinguished Service Medal, Chris Twigge-Molecey who earned the Vale Medal for Meritorious Contributions to Mining and Charles Levac who received the Mining Safety Leadership medal.

Australia’s Queensland state has passed a law that would put mining executives in jail for up to 20 years and fine them up to AU$13 million if found criminally negligent over fatal accidents at their operations, according to Mining.com. The new legislation, which comes into effect in July, will also create a new health and safety regulator for the sector and mandates that workers in critical safety roles be employees rather than contract workers. The law, which expands the previous maximum jail term for criminal negligence in mining safety of three years for multiple deaths, comes after eight mining workers have died in the past two years.

The newly elected government in Northwest Territories’ wants to show its commitment to the mining and resource sector. It released a mandate which covers 22 priorities including expanding resource exploration and development, investing in infrastructure and settling and implementing treaty, land, resource and self-government agreements with Indigenous populations. The 2019 to 2023 mandate aims to revamp the territory’s economy and allows miners to explore for new mineral deposits as the lives of NWT’s diamond mines near their ends.

Yamana Gold has reported updated exploration results for its Jacobina and El Peñón mines to support extending the mine life of both projects. At the Jacobina mine project in Brazil, exploration results supported the company’s recently proposed extended mine plan of 8,500 tonnes per day at an average grade of 2.40 grams of gold per tonne over 14.5 years. At El Peñón, the company reported new secondary veins and extensions to the primary vein system, which support its view that the project will exceed its current mineral reserves, sustain operations for least 10 years, and could increase throughput at the mine.

Pure Gold Mining has received a $15-million investment from billionaire investor Eric Sprott by way of a charity flow through share purchase of 9,868,421 common shares at a price of $1.52 per share. The company has stated it will use the funding to accelerate exploration at its Red Lake mine without impacting its capital budget for the mine completion and is aiming to begin production in the fourth quarter of 2020.

McEwen Mining released its 2020 first quarter results, reporting production of 29,200 gold ounces and 553,200 silver ounces amid a consolidated net loss of US$99.2 million. The significant net loss is due to the company’s US$83.8 million impairment charge for its Gold Bar mine, where a new geological interpretation compelled the company to reduce the amount of gold it expects to produce by 25 to 35 per cent. The company also stated it had increased its Indicated Resource by 43 per cent and its Inferred Resource by 30 per cent at its Grey Fox deposits in Ontario.