The study models an underground gold mine with average production of 238,000 ounces per year
By Matthew Parizot
April 08, 2021 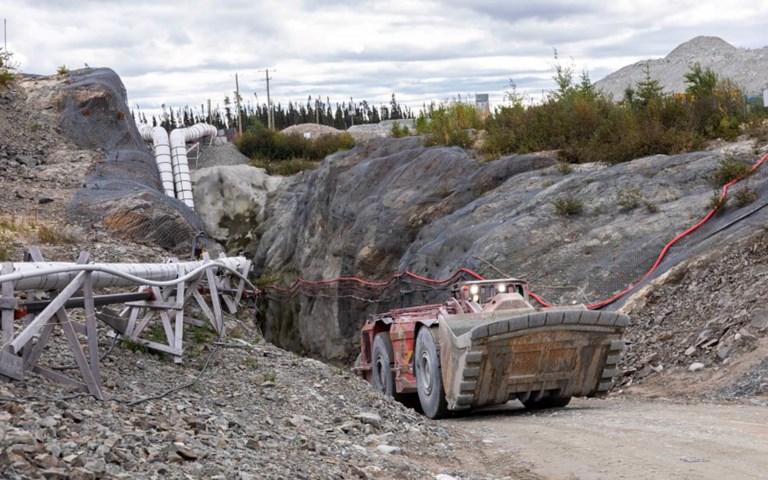 Osisko is planning to start first production at Windfall in 2024. Courtesy of Osisko Mining.

On April 7 Osisko Mining released the results of its new preliminary economic assessment (PEA) for its Windfall gold project located in the Eeyou Istchee James Bay region of Quebec.

Prepared by BBA Inc., the study outlines an underground mine with an 18-year life and an after-tax net present value of approximately $1.5 billion with a five per cent discount rate and an assumed gold price of $1,500.

“The sum of our work to date outlines the very strong base-case for a significant and highly profitable new gold mine in Quebec,” Osisko CEO John Burzynski said.

The completed Windfall operation will mine from three different deposits over a strike length of 2,300 metres, going down to a depth of around 1,500 metres. The PEA uses a long-hole open stoping mining method with an expected production rate of 3,100 tonnes per day, processed in a plant located on site, with an average annual production rate of 238,000 ounces. Overall, the study estimates an initial capital cost of $544 million, a unit operating cost of $121.76 per tonne milled and an all-in sustaining cost of US$610 per ounce of gold.

Burzynski said the results of the PEA are positive, but that the estimates are also conservative, and that further drilling results will be incorporated into a definitive feasibility study (DFS) expected to be released in early fall.

“In the next 12 months, we are focused on completing drilling, the DFS, optimizing the capital program and operating plans, and securing project financing as we advance our goal to move the project to first production in 2024,” he said.