Sustainability-linked loans a new frontier for responsible miningNewmont has tied its US$3 billion credit facility to its ESG performance, potentially setting a trend for miners to back up their talk of sustainability

Newmont has tied its US$3 billion credit facility to its ESG performance, potentially setting a trend for miners to back up their talk of sustainability
By Kelsey Rolfe
June 01, 2021 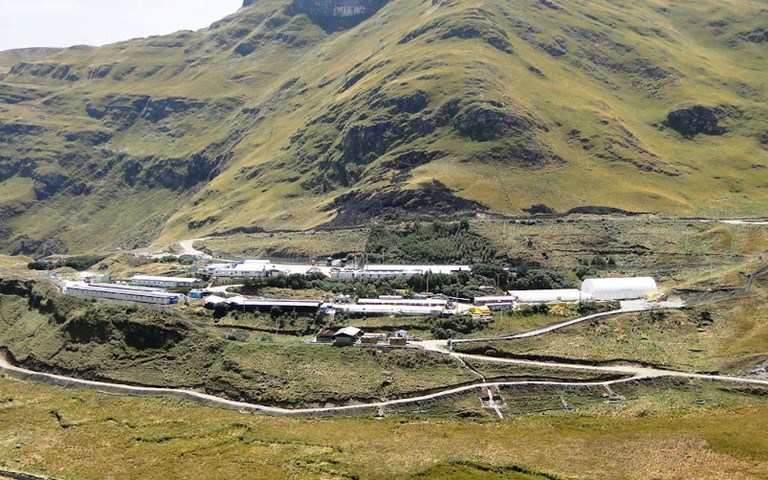 Newmont CEO Tom Palmer says the company’s sustainability-linked credit facility is a way to “hold [themselves] accountable” for their ESG performance. Courtesy of Newmont

In late March, Newmont Corp. converted its existing credit facility to link it to the company’s sustainability performance, making it part of what experts say is a growing trend in sustainable finance.

The company’s US$3-billion facility now includes a feature that will adjust the interest rate on drawn balances based on Newmont’s sustainability performance as measured by MSCI's and S&P Global’s ratings. Whenever the company receives an updated ESG score from either agency, it will be required to update its facility.

“By linking… our sustainability performance with our financial performance, we are holding ourselves accountable to delivering on both, as now they are clearly linked,” said Nancy Buese, Newmont’s chief financial officer, in an email to CIM Magazine.

Going forward, if Newmont achieves the highest rating with each agency – a AAA rating with MSCI or a rating of 90 or higher with S&P Global – the company will experience a reduction of 0.05 per cent interest on its draw balances; the second highest ratings with both (AA or 88 to 89) will net it a 0.025 per cent reduction. If the company falls to a BBB or an 81 to 82 point score, its interest rate will increase 0.025 per cent, and any scores below BB or 80 will increase the interest rate by 0.05 per cent. “The positive or negative performance scale of impact based on our ratings is significant,” Buese said.

MSCI currently gives Newmont an A rating in its environmental, social and governance (ESG) performance, considering it “average” among 33 companies in the precious metals industry. S&P rates the company 85 out of a possible score of 100, ranking it in the top three companies of the 53 miners it evaluates.

The new credit facility, which is an amendment and extension of an existing facility the company executed in 2019, will expire in March 2026.

“By aligning our financial performance and our ESG performance, we are holding ourselves accountable to delivering on our purpose to create value and improve lives through responsible and sustainable mining,” said president and chief executive officer Tom Palmer in a March 30 press release.

Sara Alvarado, executive director at the Institute for Sustainable Finance at Queen’s University, said in an email that while she wasn’t familiar with the specifics of Newmont’s facility, she called it a “reflection of positive transition developments” in the company’s governance and strategy.

“Once you link sustainability performance measures to loan pricing, all of the data, disclosures, [greenhouse gas] reduction targets, audit and risk management would come together, which is quite encouraging,” she said. “[This] type of sustainability-linked [facility] would serve not only to determine the pricing mechanism applied to the bank loans themselves, but, importantly, as an incentive to achieve those sustainability targets.”

Sustainability-linked loans (SLLs) are loan instruments that encourage borrowers to achieve certain ESG objectives through pricing mechanisms that make borrowing terms more or less favourable, usually by a fraction of a percentage. “The goal is to incentivize things that would have a slightly shifted business case that [would then] open up potential, or to just broadly align incentives,” said Jonathan Hackett, managing director and head of the sustainable finance group at BMO Capital Markets.

Unlike green, social and sustainable bonds, which have also started to grow in popularity, sustainability-linked credit facilities do not exist to finance a specific project and can be drawn on for any corporate need.

Newmont is one of the first mining companies in the world to execute an SLL. In 2019, Spanish mining company Atlantic Copper – whose sole shareholder is Freeport-McMoRan – executed a €25 million SLL. ESG ratings firm Vigeo Eiris evaluates the company’s ESG performance on a yearly basis to determine the facility’s annual interest rate. (Atlantic Copper also announced a €19 million green loan at the time, which would go toward financing six green projects.)

“For our company, the signing of this agreement represents a very significant step in our sustainability path,” Atlantic Copper managing director Javier Targhetta said in a press release at the time. “It is our priority to carry out our productive activities with extreme care for the environment.”

Related: Canada is making changes to curb the practice of predatory short selling, a thorn in the side of junior mining companies

Newmont’s announcement came amid a rush of corporations across various sectors rolling out SLLs. In its 2020 full-year results in February, Enbridge Inc. announced it had entered a $1-billion, three-year SLL with terms that will allow the company to reduce its borrowing costs if it “achieves an interim threshold on its ESG goals.” Singapore-based global investment manager GLP closed its first SLL of US$658 million in late February, with an incentive mechanism tied to its Sustainalytics ESG risk rating. The company committed to improving its score, which will help it lower the interest rate on its draws. And in early March, Italian electricity and gas company Enel Group also reported it had signed a €10-billion, five-year SLL, which it said was the largest ever sustainability-linked credit facility.

That activity is representative of the growing momentum in SLLs, Hackett said. The loans are still a relatively young method of financing but have increased rapidly over the roughly five-year period they have been around.

“They’ve increased in popularity over that time, going from a handful to pretty rapid adoption,” he said, adding that “2020 was a slower year than anticipated, mainly because of the dynamics around refinancing and new financings during COVID where people were avoiding opening up their facility if they had any reason not to, just because of the interest rates and credit terms banks were offering during those times. But especially now, with a backlog of people re-examining their positions, this is a very popular topic with many of our clients as they look at not only has the product become better understood and more widely used, but [how] sustainbility and ESG have become significantly more prominent in financial markets.”

According to a December 2019 blog by Hackett’s colleague John Uhren, head of sustainable finance, products and strategy at BMO Capital Markets, SLLs “touched down” in Canada in 2019 after gaining traction among European, Asian and American investment-grade companies. Data from BloombergNEF found that SLLs were the fastest-growing part of the sustainable finance sector in 2018, surging 677 per cent to reach US$36.4 billion in issuance.

Hackett said SLLs help companies communicate their ESG objectives not only to investors and other stakeholders, but internally as well. “It helps actually align employees [with] the idea that [sustainability] isn’t secondary or different thing than the job you’re doing, that actually it’s part of your job and is part of how the company is evaluated by the outside world and therefore there are financial repercussions, both from the loan…but also indirect repercussions like increased cost of capital, decreased cost of capital as you’re able to more effectively attract investors.”

However, a December 2020 report on alternative financing in the mining industry from European law firm FieldFisher pointed out SLLs lack a regulatory framework that can guarantee loans qualify as truly sustainability-linked, and setting performance targets requires careful consideration to ensure they are sufficiently ambitious.

Greenwashing is something Olaf Weber, the University of Waterloo’s research chair in sustainable finance and a professor at the university’s school of environment, enterprise and development, also highlighted as an area of concern for these facilities. “Really the main thing is whether these types of products are [actually] good from an environmental point of view or a sustainable point of view; it really depends on the criteria,” he said. “Given the good reputation of [Newmont], it might be good, but it’s [in] the details.”

Hackett said that’s one of the “dominant questions” his team addresses when acting as the structuring agent for SLLs, by pressure-testing a company’s targets. “One of the questions is, what does standing still against these metrics mean? Does it mean you’re falling behind and we need to have more challenge and ratcheting performance levels, or does it reflect where we are in development of these areas?” he said. “The big question we ask is, would this stand up to the scrutiny of ‘is it greenwashing?’”