The demand for carbon-free energy is powering an increase in uranium mining projects
By Angelica Zagorski
December 06, 2021 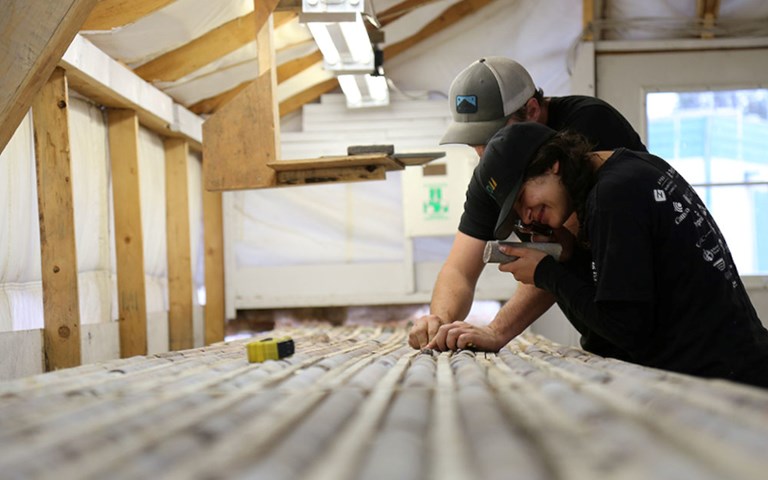 Denison Mines is proceeding with a new feasibility study for its Wheeler River uranium project in the Athabasca Basin. Courtesy of Denison Mines

Nuclear power will play a major role in helping to increase electrification while also phasing out carbon-intensive sources of energy. Governments have been reluctant to support nuclear power because of its rising costs since the Fukushima disaster in 2011, and its potential environmental impacts. But with the world realizing the imminence of the climate emergency, many are seeing uranium’s potential of providing reliable low-carbon electricity, which has been a big boost for developers and miners.

Consistently low prices and a lack of investment in new production have shrunk supplies of uranium across the globe. The pandemic amplified this issue through unplanned supply disruptions and increased demand for uranium from financial funds and junior uranium companies – in particular, the transition of the Uranium Participation Corporation to a uranium trust managed by Sprott Asset Management, with a $1.3 billion at-the-market feature.

The World Nuclear Association said that intense development of new projects will be needed in the current decade to avoid potential supply disruption. Multiple major uranium projects are waiting to see an improved supply-demand market before they proceed with operations, and now might be the time for them to jump in.

In October 2021, the price of raw uranium was approximately US$48 per pound, just under its nine-year high of US$50.8 per pound reached in September 2021.

According to Jeff Hryhoriw, director of government relations and communications at Cameco, all of this reinforces a point Cameco has been making for some time, that uranium fundamentals are pointing emphatically towards higher prices.

“In a world where 85 per cent of our electricity still comes from fossil fuel sources, there is no clear pathway to sustainably achieve both electrification and decarbonization while maintaining a stable electricity grid without nuclear energy, powered by uranium, in the toolbox,” Hryhoriw said. “Cameco’s supply curtailments alone, both planned and unplanned, along with our purchasing activity, have resulted in at least a 145-million-pound swing in the supply fundamentals since 2016.”

Cameco supplies uranium to the global nuclear industry and has recently partnered with GE Hitachi, GEH SMR Canada and Synthos Green Energy to potentially deploy BWRX-300 small modular reactors in Poland. This partnership would make it easier for Synthos to obtain affordable, on-demand, carbon-free electricity from a dependable, dedicated source.

Related: The mining world is turning to special purpose acquisition companies when big deals are on the line

According to Hryhoriw, “Cameco has strategically positioned itself to benefit from the growing support for nuclear energy. We are well positioned to take advantage of a market where demand for nuclear power, both traditional and non-traditional, is growing, where we believe the risk to the uranium supply is greater than the risk to uranium demand, and where we believe our strategic decisions and strategic patience provide us with resiliency in the face of unprecedented challenges and will result in the rewards that will come from having low-cost supply to deliver into a strengthening market.”

Companies like Denison and Defense Metals are following suit by investing to expand uranium production and utility around the globe.

Defense Metals announced on Sept. 23 that it plans to reevaluate its Athabasca Basin uranium projects, due to renewed and sustained uranium interest, which has driven uranium spot prices to multi-year highs. The Geiger North and Klaproth projects are surrounded by multiple major mining companies, which the company says gives it a strategic foothold in a proven and prolific uranium mining district.

“The renewed interest in uranium has prompted Defense Metals to reassess its considerable land position in the prolific northeast Athabasca Basin,” Defense Metals CEO Craig Taylor said at the time.

Alongside it, Denison is now conducting a new feasibility study for its Wheeler River uranium project, the largest undeveloped uranium project in the eastern part of the Athabasca Basin in Saskatchewan. According to the 2018 pre-feasibility study, the project would have a projected 14-year mine life with probable reserves of 109.4 million pounds of uranium from 1.4 million tonnes grading at 3.5 per cent.

Environmental, social and governance factors play a major role in this trend as not just governments, but many companies are making net-zero pledges to their stakeholders and customers. But there are many question marks when it comes to where uranium will come from in the future as its demand increases.

Because of the increasing perspective that the world needs uranium for nuclear power, increased mining and interest in uranium have driven market prices up. This pushes the uranium production cycle from low prices to a price surge, which then incentivizes mining. As of now, uranium’s future is looking brighter than it has over the past decade.