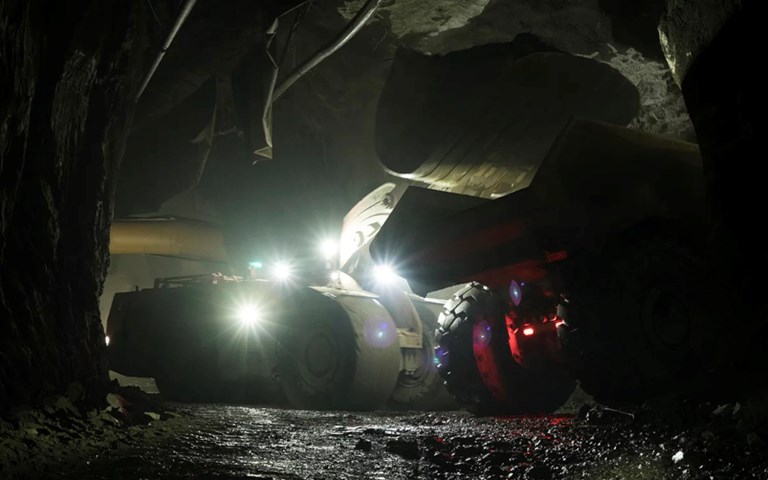 Using constraint programming can lead to higher efficiencies in scheduling autonomous vehicle fleets at mine sites.

Autonomous mining is trending across the industry, but there are still obstacles to its implementation. Among these roadblocks are mine scheduling processes, which put simply, tell mining vehicles where to go and when. Scheduling is still mostly done manually, but with the possibility of automating scheduling, workers could be moved above ground from dangerous underground environments.

In a new study titled, “Short-term Underground Mine Scheduling: An Industrial Application of Constraint Programming,” Max Astrand, R&D lead engineer at Switzerland-based technology corporation ABB, explained how automating the short-term mine scheduling process can increase efficiency in a vital part of the underground mine planning chain.

Short-term scheduling plans make up the basis for operational mine production and operation schedules. Not only does this planning make long-term mine plans more feasible, but it also ensures a steady flow of products allowing companies to meet production targets.

At the same time, however, they are also becoming a bottleneck in the planning chain. Modern mines are moving to automated equipment and semi-autonomous machines, and scheduling what a machine does, when it does it and where it does it, is still done by humans. Scheduling is a human activity thus, it is prone to human errors as well, not to mention its time-consuming nature. Astrand’s research moves towards fully automating the scheduling process to a solution with minimal risk or error.

“By automating this, you can react faster to process disturbances like task delays and machine breakdowns,” Astrand said.

Astrand’s research presents a mine scheduling algorithm that draws inspiration from artificial intelligence, operations research and computer science to develop a method called “constraint programming.” This method is not new to industrial processes, as it is frequently used in other industries.

Related: Blockchain technology promises to revolutionize the supply chain, but it is not without its issues

Constraint programming has become an important technology for solving hard combinatorial problems in a diverse range of application domains. Astrand gave the example of using constraint programming to automate the gate allocation at the Hong Kong airport. This type of programming is also used to create plans for one of the world’s largest container shipment hubs in Singapore and creates the daily timetable for the public railway system in the Netherlands. Needless to say, the method is not new and is thoroughly tested and used in everyday life.

“With these methods, you can not only construct schedules fast, but you can make better schedules by making good use of the available resources,” Astrand said.

By using constraint programming a company can automate the schedule construction, answering the when, what and where of hundreds of activities in a couple of seconds, without introducing resource conflicts. This kind of task would normally take hours done manually. According to Astrand, this programming can improve mine productivity by up to 12 per cent while ensuring safe operations. “In an industry where throughput is everything, and every percentage counts, this presents a major opportunity to sustain mine operations as costs increase.”

Using an autonomous short-term scheduler has its benefits and saves a company time and money, said Astrand. “You can make the scheduler emphasize higher-level decision making, adjust to monthly plan compliance and these kinds of things, rather than spending the entire day putting out fires.”

Things go wrong quite often in mining, and manual scheduling simply leaves room for more error with conservative schedules. “To avoid ending up in situations where you need to reschedule, you introduce this kind of artificial buffer in your schedule. And these buffers, when they are not exploited, are like missed opportunities for production,” Astrand said.

Through using well-functioning scheduling algorithms, miners are getting closer and closer to operating fully automated mines. Dangerous underground environments could be a notion of the past if the pursuit of the autonomous mine continues.

“The actual short-term scheduling problem becomes more complex as you go deeper and it makes it harder for manual schedulers, that currently are on the edge of what they can handle, to cope going into the future,” Astrand said. “I foresee that this becomes increasingly important as mines go deeper.”