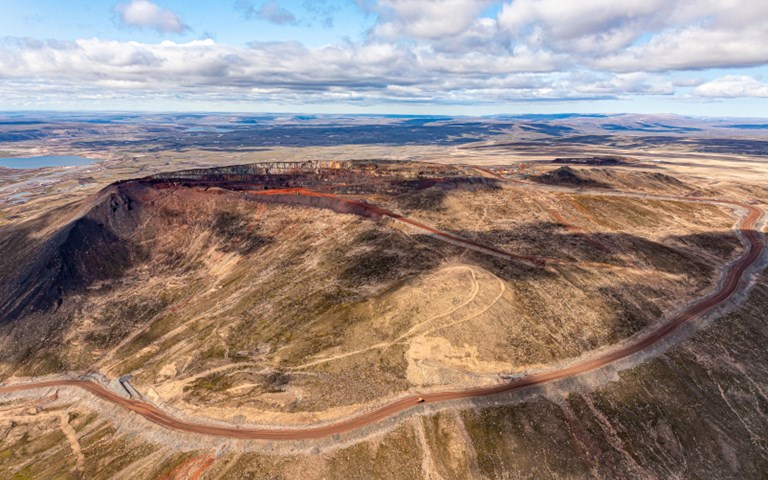 Seven Inuit communities have formed the North Baffin Association to lobby for economic opportunities and benefits from Baffinland's Mary River mine in Nunavut. Courtesy of Baffinland Iron Mines.

Welcome back to your weekly mining news recap, where we catch you up on some of the news you may have missed. This week’s headlines include the Government of Mongolia changing plans for the Oyu Tolgoi project and Barrick’s gold production rising in fourth quarter.

The Mongolian government has said it will not support the proposed expansion plan of the Oyu Tolgoi mine, its joint venture with Rio Tinto subsidiary Turquoise Hill Resources. Due to updated project designs prompted by difficult ground conditions, the expansion plan at the mine will now cost US$6.75 billion instead of the original estimate of US$5.3 billion. The government is worried the significant rise in expenses along with delay in production has undermined the economic benefits the country hoped to gain.

The international backlash behind Rio Tinto’s destruction of a 46,000-year-old rock shelter in Australia’s Juukan Gorge has sparked renewed conversation around the nature of free, prior and informed consent in relation to the mining industry. A better understanding of the philosophy and its adoption by mining companies when interacting with Indigenous communities and land has the potential to foster greater co-operation, productivity and mitigate risks with future projects.

Geomega Resources has finished the testing and optimization of its rare earths pilot plant at the National Resources Council Canada facility in Boucherville, Quebec. To date, four rounds of testing of the recycling process have been completed, resulting in what Geomega says is a recovery rate of over 90 per cent for its rare earth processing technology. The company’s next step will be to purchase equipment for the construction of a larger demonstration plant in Saint-Bruno, Quebec.

Miners are always looking for ways to save energy and reduce carbon emissions, and 2020’s international energy engineer of the year Emily Thorn Corthay has some tips on how mining companies, regardless of size, can accomplish these goals. From adopting an ISO 50001 energy management standard, to checking the pressures of compressors at mineral processing sites or using a mobile fleet management software at open-pit mines, there are numerous ways mining companies can move towards more efficient energy use.

In partnership with the Quebec government, Rio Tinto has announced the development of North America’s first scandium oxide plant, as reported by Mining.com. With the current size of the market estimate at around 20 tonnes per year, the plant will have the capacity to produce three tonnes of high-purity scandium oxide per year. The province will be contributing $850,000 to the project’s $6 million budget. The plant is expected to begin production in June.

Barrick Gold’s fourth-quarter gold production increased by 4.4 per cent from the previous quarter, as reported by The Globe and Mail. The company got a production boost from its  Pueblo Viejo mine in the Dominican Republic, where output rose 23 per cent to 159,000 ounces of gold. A ramp up of operations at its Bulyanhulu mine in Tanzania and improvements at Turquoise Ridge in Nevada also contributed to the fourth-quarter results.

First Cobalt signed a five-year deal with Glencore to accept unprocessed cobalt from Democratic Republic of Congo (DRC) at its Ontario cobalt refinery, which is scheduled to begin production in late 2022, as reported by the Northern Ontario Business. A second agreement is in the works for China Molybdenum Co.’s IXM SA to supply cobalt from its Tenke Fungurume mine in the DRC as well. First Cobalt has said that the combined 4,500 tonnes it will receive from the two companies would represent about 90 per cent of the refinery’s production capacity and would generate 22,250 tonnes of battery-grade cobalt sulphate annually.

Seven Inuit communities have formed the North Baffin Association to lobby for economic opportunities and benefits from Baffinland Iron Mines’ Mary River mine, located on northern Baffin Island, as reported by CBC. The new non-profit was a response to the ongoing tensions that surround the mine’s expansion plan. Hearings related to the proposed expansion of Mary River have shown that municipalities and hunters are dissatisfied with the way the Qikiqtani Inuit Association – which negotiates with mining companies on behalf of the community – represents Inuit interests in the review process. Final public hearings for the proposed expansion are slated to start on Jan. 25.

Trevali Mining Corporation announced that it will restart operations at its Caribou zinc-lead-silver mine in New Brunswick. Low zinc prices and the COVID-19 pandemic resulted in Caribou’s temporary suspension last March. The company has contracted Redpath Mining to do the mining and signed an offtake agreement with a Glencore affiliate. It is also updating production plans to improve the mine’s economics. The mine is set to restart in February. 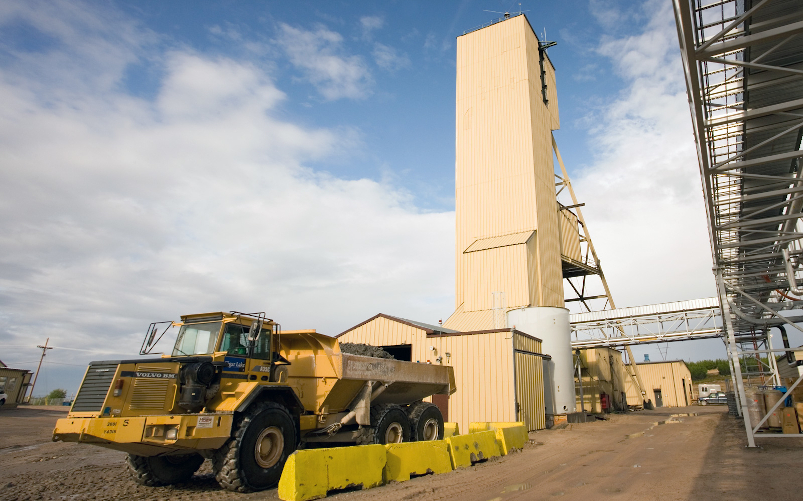