Questions about the future of the Rio Tinto-owned mine have arisen after the Government of Mongolia expresses concerns over the mine’s ballooning costs and shrinking economic benefits
By Mehanaz Yakub
January 11, 2021 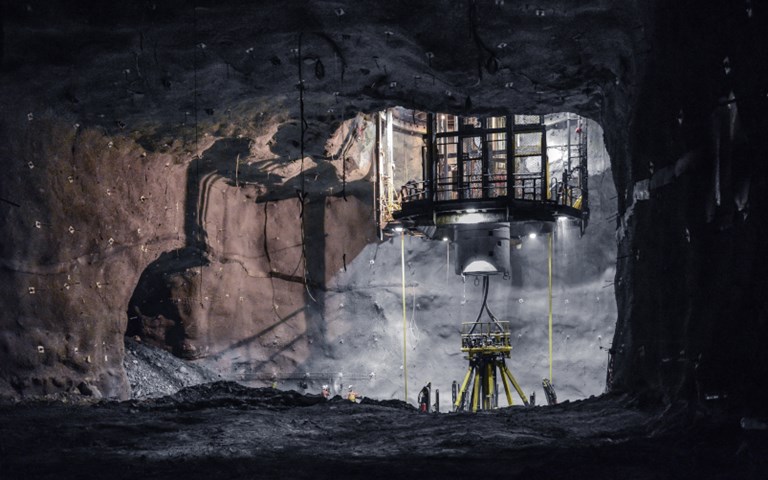 After the discovery of underground stability issues in July 2019, Rio Tinto was forced to redesign its underground mine development plan. Courtesy of Turquoise Hill.

The Mongolian government is balking at the proposed $6.75 billion expansion plan at the Oyu Tolgoi copper-gold mine.

The mine is a joint venture between Turquoise Hill Resources, which is 50.8 per cent owned by Rio Tinto, and the Mongolian Government.

In July 2019 Rio Tinto was forced to update its original project designs because of an underground stability risk. The updated mine plan, released in August 2020, estimated a production delay of approximately 25 months and a capital cost increase of about US$1.5 billion.

On Dec. 18, 2020, Rio Tinto delivered a “definitive estimate” of the updated plan, which showed that a revised cost of the expansion project would be US$6.75 billion – an increase of US$1.45 billion from the project’s initial US$5.3 billion. The first sustainable production from the project was set to begin in October 2022.

Because of the cost overruns and delays the in the underground production of Oyu Tolgoi, the board of directors of Oyu Tolgoi has decided to create an independent committee of experts appointed by Erdenes Oyu Tolgoi LLC and Turquoise Hill Resources to investigate the causes for these issues. Their conclusions expected to be reported within six months.

The Mongolian government has remained dissatisfied by the result of the definitive estimate and has concerns that increasing development costs of the Oyu Tolgoi project has eroded the economic benefits it anticipated receiving.

“It is calculated that Mongolia will not receive dividend payments until 2051 and will incur debts of US$22 billion,” said Mongolia’s deputy chief cabinet secretary, Solongoo Bayarsaikhan. “In addition, Oyu Tolgoi is estimated to pay profit taxes or corporate income taxes only in four years until 2051.”

Related: In a difficult year for the global economy, mining jurisdictions have made changes to encourage investment

According to Bayarsaikhan, the situation has not become dire enough for the government to seize the ongoing Oyu Tolgoi project. The Mongolian authorities have stressed the need to find a comprehensive solution that addresses the financial needs of Oyu Tolgoi shareholders, as well as the economic and social issues that remain important to Mongolia – such as water usage, tax payment and employee social issues – and has put forward proposals to coordinate and lower management services received from Rio Tinto and increase Mongolia’s benefits by reducing shareholder loan interest rates.

Turquoise Hill said it is committed to engaging with the Government of Mongolia and Rio Tinto to address the development plan and revisit the sharing of economic benefits from the Oyu Tolgoi project.

The future of the project is further complicated by a tax dispute between Turquoise Hill and Mongolian tax authorities. In February 2020, Oyu Tolgoi LLC – a joint venture between Turquoise Hill and the Mongolian government – initiated an international arbitration process after failing to reach a resolution with the Mongolian Tax Authority over its US$155 million 2013-2015 tax assessment. In December 2020 Turquoise Hill received a second tax assessment of about US$228 million from the Mongolian Tax Authority for the years 2016-2018, which included the seeking of a reduction of Oyu Tolgoi LLC’s carried-forward tax losses by approximately US$1.5 billion.

Oyu Tolgoi LLC said that it wishes to amend its Statement of Claim to include the issues raised in the 2016-2018 Tax Assessment since it contains matters similar to those in the 2013-2015 assessment, which it believes would be an efficient way to address all tax assessments. Turquoise Hill has maintained that Oyu Tolgoi LLC paid all its taxes and charges under the investment agreement and Mongolian law.

The Oyu Tolgoi company’s current copper production from its surface mining makes up half of Mongolia's total copper exports. Once underground production begins, the mine is expected to become the fourth largest copper mine in the world since, according to Bayarsaikhan, with 80 per cent of Oyu Tolgoi's value still lying beneath the surface.