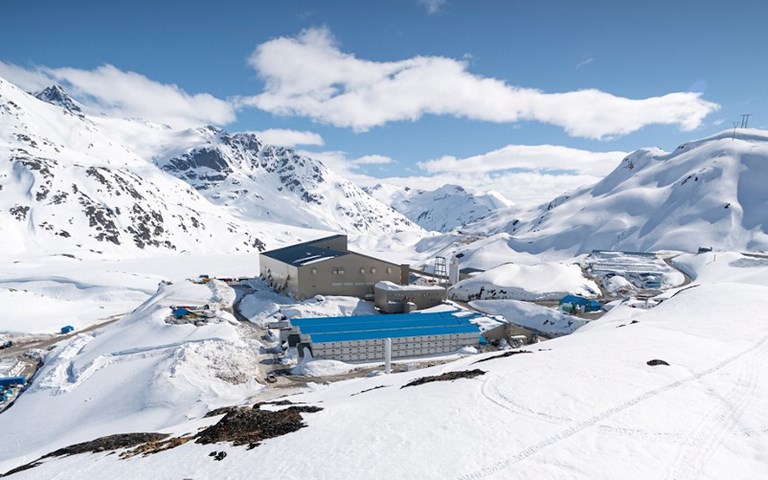 Researchers from McGill University went to the Brucejack mine to study the formation of high-grade gold deposits. Courtesy of Pretium Resources.

Welcome back to your weekly mining news recap, where we catch you up on some of the news you may have missed. This week we have stories about new credit structures linked to environmental responsibility, a strike at a Vale operations in Sudbury and cutting-edge research on bonanza gold formation.

Monarch Mining Corp. has announced it will be reopening Beaufor Mine and Beacon Mill in Val D’Or, Quebec, by June 2022. The mine had been placed on care and maintenance in June 2019, and since then the company undertook a diamond drilling program which it claims yielded high-grade results, leading to the decision to re-open the mine and associated mill.

Mapi Mobwano, president and CEO of ArcelorMittal Mining Canada, speaks to CIM Magazine about his plans to move the company into the future through employee training and the use of technology to advance learning. Mobwano emphasizes the importance of migrating towards e-learning and computer-based training in order to keep the company, which boasts one of the largest open-cast mines in the country, competitive.

Newmont recently announced that it is linking its US$3 billion credit facility to its performance in environmental social governance ratings as measured by MSCI and S&P’s global ratings. This sort of lending structure could be part of the future of developing more sustainable business practices in the mining industry, as sustainability-linked credit facilities are not tied down to any specific green project and can be used for any corporate need.

Mosaic Co. announced it will be restarting production at the Colonsay potash mine in Saskatchewan, in order to offset the closure of the K1 and K2 mine shafts in Esterhazy, the Financial Post reports. The company had previously closed the Colonsay mine for an indefinite period, citing weak demand in North America. Mosaic said in a statement that the re-opening will “position the company to take advantage of the expected strong potash markets in 2022 and beyond.”

Wyloo Metals, an Australian company that last week announced its intentions to acquire Noront Resources, has announced plans for a “world-class Future Metals hub” in Ontario, Northern Miner reports. Wyloo will invest $25 million in researching the potential to create a battery metals supply chain and a new ferrochrome plant in the province. In addition, Wyloo has said that it intends to award $100-million worth of contracts to First Nations businesses, along with increasing capital access and the creation of an employment and training facility for Northern Ontario and First Nations communities.

In the newest development surrounding Centerra Gold’s Kumtor Mine, the Globe and Mail (subscription required) reports that Centerra has voiced its willingness to sell the gold mine to the Kyrgyzstan government, who took control of the mine last month. Centerra CEO Scott Perry announced on a Tuesday conference call that Centerra’s Kyrgyz subsidiary would be seeking Chapter 11 bankruptcy protections in a New York court, and that it would be looking to sell the mine to any buyer, including Kyrgyzstan itself, in an effort to consider “any opportunity to surface or daylight value for our stakeholders.”

The CEO of Chevron, Mike Wirth, said that he would consider selling Chevron’s 20-per cent stake in Canadian Natural Resources Ltd.’s Athabasca oil sands project, were the California-based company to receive fair value for the asset, as reported by World Oil. International oil companies are facing increasing pressure from activist investors and legislative advances to cut carbon emissions, and this has led several of them to divest their oil sands holdings in recent years.

Vale is suspending operations at its nickel operations in Sudbury, Ontario, after the United Steelworkers Local 6500 announced that 70 per cent of its members opposed Vale’s offer of a five-year contract, as reported by Mining.com. The USW 6500 workers, representing 2,600 employees at the mine, will be on strike for the first time since a year-long strike ended in July 2010.

A new study from McGill University, attempting to explain ultra-high-grade gold formation, says that the deposits form in much the same way as milk sours, Mining.com reports. The authors of the study used electron microscopes to look at gold particle formation at Pretium’s Brucejack Mine in northwestern British Columbia, allowing them to make the first observation of nanoparticles in gold that normally repel each other clumping together to form a “jelly” that once trapped in the cracks in rocks forms high-grade gold deposits.

The iconic Miner’s Lunchbox is back, reports Northern Ontario Business. The aluminum lunchbox, made in Sudbury, Ontario, has been out of production for two years, but will again be served up after a group of investors decided to bring it back to market. The lunchboxes, a mining industry staple first conceived in 1956, will continue to be manufactured in Sudbury, by L. May Mfg., Inc.