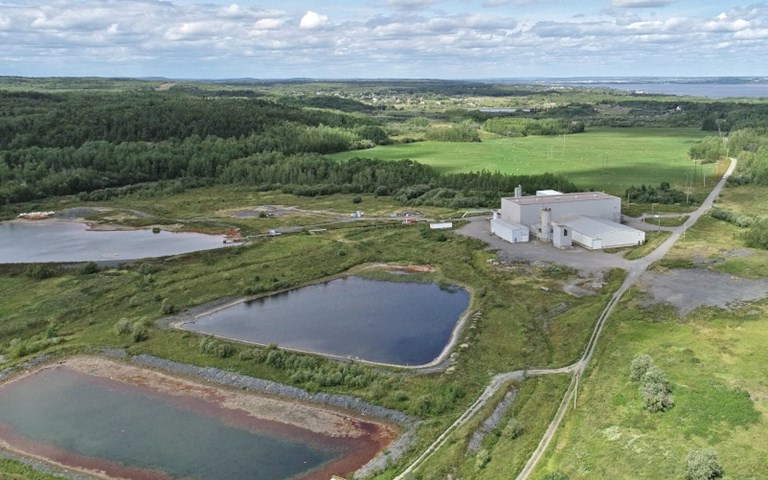 First Cobalt (soon to be named Electra Battery Materials) will be upgrading the design capacity of its cobalt refinery to 6,500 tonnes per year. Courtesy of First Cobalt.

Welcome back to your weekly mining news recap, where we catch you up on some of the news you may have missed. This week’s headlines include Newcrest growing its stake in the Golden Triangle, developments in the Ring of Fire and a new electric vehicle fleet for Newmont’s operations.

Australia’s Newcrest Mining announced that it will purchase Canadian gold miner Pretium Resources in a deal worth $3.84 billion. Newcrest will be adding Pretium’s Brucejack mine in B.C.’s Golden Triangle region, where it already operates its Red Chris joint venture, to its asset portfolio, bringing the company’s total annual gold production to above two million ounces.

The prominence of the #metoo movement showcased that sexual harassment and assault are still pressing issues in workplaces around the world, and the mining industry is no exception, with executives from some major mining companies operating in Australia issuing apologies for their lack of action. The Me Too Mining Association was founded three years ago in order to help change the culture of mining and remove systems that protect perpetrators, in part by using its bystander-intervention program known as DIGGER.

Roughly 110-kilometres north of Yellowknife, Cheetah Resources’ Nechalacho has become Canada’s first producing rare earth elements mine. Smart usage of ore sorting technology, typically used in the diamond industry, allows Cheetah to ship higher grade material to its extraction plant. While the project is starting small, Cheetah is planning on using the next three years to demonstrate that its rare earth products are acceptable to a global market before scaling up its operation.

Caterpillar and Newmont have announced an alliance to bring a new autonomous and fully electric mining fleet to two of its operations. Newmont will provide a preliminary investment of US$100 million as both companies decide on their initial goals, with 26 vehicles set to be operational at the Cripple Creek and Victor mine and Tanami mine by 2026. The alliance will assist Newmont in reaching its goal of net zero carbon emissions by 2050.

More big miners are swearing off coal but doing so might have some unintended consequences. Companies looking to offload their coal assets that were set for closure are extending their life of mine in an attempt to entice potential buyers, as reported by Yahoo! Finance. The demands from climate-focused activists and investors could soon change to reflect that potential risk and possibly ask companies to manage the decline of their own coal assets rather than divesting them completely.

Ontario’s potential as a global hub for electric vehicle manufacturing will depend on whether or not development of the Ring of Fire region is approved, as reported by CBC. The provincial government featured the region heavily in its recent fall economic update, but local First Nations have been in opposition, with three communities – Neskantaga, Attawapiskat and Fort Albany – declaring a moratorium on development earlier this year.

Gold prices could rise higher than US$1,900 an ounce thanks to levels of inflation in the United States not seen in over three decades, as reported by Kitco News. Experts say that broad price increase in consumer goods along with the sense that the U.S. Federal Reserve will not be able to calm this inflation have created a bullish market for the precious metal. As of this morning, gold’s spot price was US$1,862.50, according to Kitco.

First Cobalt is planning to increase the design capacity of its Ontario cobalt refinery from 5,000 tonnes annually to 6,500 tonnes, as reported by Canadian Mining Journal. To do so, the company will invest in additional capacity for its crystallizer circuit, which will increase its capital expenditure budget from US$60 million to US$67 million. The company will also be changing its name to Electra Battery Metals, which it says better reflects its plan to deliver materials such as nickel sulfate to market in addition to cobalt. The company is targeting the fourth quarter of 2022 for first production.

After updating its offer to purchase Ontario’s Noront Resources on Oct. 19, BHP announced this week that it needs additional time to discuss with rival bidder Wyloo Metals regarding its support for the transaction, as reported by Northern Ontario Business. BHP’s original share tender offer was set to expire on Nov. 16 but has now been extended to Nov. 30. Wyloo, which owns 37 per cent of Noront, previously stated that it would not support any competing offers to acquire the Ring of Fire miner.

Mining companies are continuing to release their third quarter reports and here are some of the highlights:

Dundee Precious Metals produced 71,755 ounces of gold and 8.3 million pounds of copper at an all-in sustaining cost (AISC) of US$701 per ounce of gold. The company also reported adjusted net earnings of US$52.5 million in the third quarter and completed its acquisition of the Loma Largo gold project in Ecuador.

Pretium Resources produced 90,673 ounces of gold at an AISC of US$1,071 per ounce, an improvement over its production in Q3 2020. Its adjusted net earnings for the quarter were US$24.3 million.

Kinross Gold produced 483,060 ounces in the third quarter at and AISC of US$1,225 per ounce. The company reported a net loss of US$44.9 million, adjusted net earnings of US$90.2 million and announced the restart of its Tasiast mill.