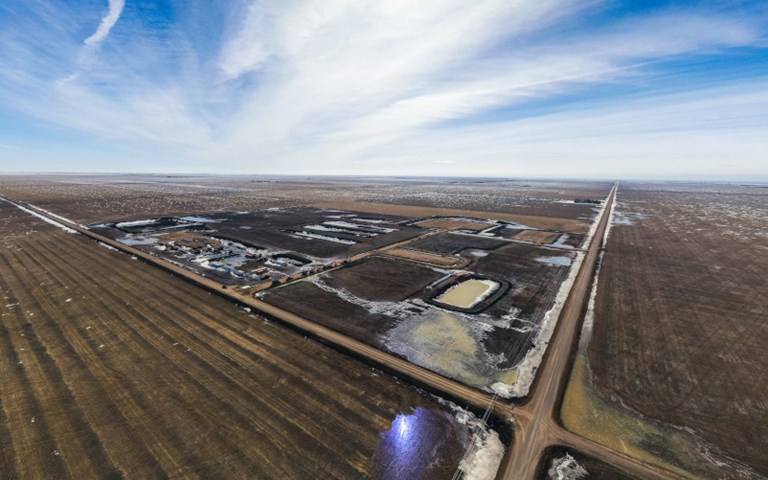 Western Potash says that work on its Milestone Phase 1 project in Saskatchewan is 78 per cent complete. Courtesy of Western Potash.

Welcome back to your weekly mining news recap, where we catch you up on some of the news you may have missed. This week’s headlines include various countries staking their claim as a battery metals hub, Western Potash extending its mine life and how to best take advantage of mentorship.

As the B.C. floods are being dealt with, Newfoundland and Labrador is dealing with its own emergency, with rainfall totalling over 196 millimetres in some regions, as reported by CBC. The resulting flooding has cut off communities in the province and has caused damage to roads and the Trans-Canada Highway. Supply issues are a concern, though commercial trucks are starting to be ferried from Nova Scotia to Newfoundland.

In order to bring 39 trapped miners to the surface at Vale’s Totten mine after a scoop bucket became lodged in the shaft, the mine rescue officers needed to change their tactics, as the only way out of the mine was a series of ladders leading to the surface over 4,000 feet above. Ted Hanley, general manager of Ontario Mine Rescue, explains how the miners travelled down multiple times using a new Aztec rope and pulley system in order to bring the miners back safely.

An explosion in a Siberian coal mine on Thursday has killed 52 miners and rescuers underground, reports CBC. The explosion was caused by methane gas, which filled the mine with toxic fumes, and prevented rescue efforts for some time. Rescuers led 239 miners from underground to surface safely, and police have arrested two safety inspectors suspected of criminal negligence.

Western Potash released an updated NI 43-101 report for its Milestone Phase 1 project in Saskatchewan and extended its mine life from 12 years to 40, as reported by Mining Magazine. The company says that it is targeting a production rate of 146,000 tonnes per year, though it is studying an expansion to 300,000 tonnes. According to Western, work on Milestone Phase 1 is 78 per cent complete, and the company is waiting to secure $33.2 million more in financing before starting production.

Mentorship can be a valuable tool for students and recent graduates looking to make connections in the industry, but it requires a lot of effort to make the most of it. Mentees that come into the experience knowing what their goals are can help tailor the mentorship to best provide the insight the mentee is looking for. Mentorships can be done formally through established mentorship programs, or informally, where students seek out their own mentors and establish relationships themselves.

A new report from Wood Mackenzie states that despite promises from countries to phase down coal at the recent COP26 conference, thermal coal demand is still expected to rise through the 2020s, as reported by Mining.com. According to the report, the current trajectory leading to a 2.7-degree Celsius warming scenario projects demand of 6.7 billion tonnes in 2030, with a 1.5-degree goal requiring that figure be reduced by 2.4 billion tonnes. The prospect of phasing out coal is a monstrous challenge, given the increasing amounts of energy required by the world as countries continue to develop.

Canada’s image as a leader in a growing market for critical minerals might not be as strong as it appears, reports CBC. While the country has taken steps to increase its production of critical minerals, it still pales in comparison to China, which has had a quarter-century to consolidate its control of the majority of the world’s critical minerals. With only three per cent of the world’s extractable reserves, Canada will need to discover new deposits that may be hard to reach or that may be on Indigenous land, all while dealing with the threat of companies being acquired by Chinese competitors.

The Democratic Republic of Congo, which produces approximately two-thirds of the world’s cobalt, is making moves towards developing a domestic battery-manufacturing industry, as reported by Reuters. DRC Prime Minister Sama Lukonde announced the creation of a “Battery Council” to direct the government’s policy for developing a regional value chain as well as a special purpose vehicle designed to mobilize private sector funding.