Noront Resources says the Australian miner’s latest offer of $0.70 a share is “superior” to previous bids
By Mehanaz Yakub
October 19, 2021 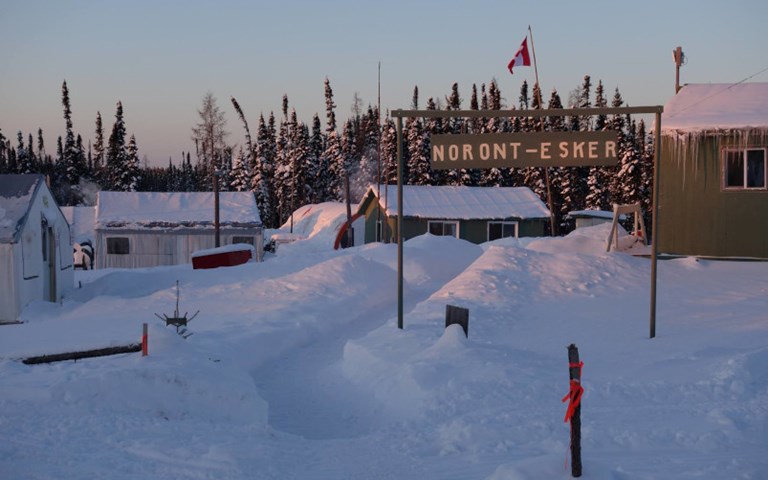 Noront's Eagle Nest project in the Ring of Fire is being highly sought after for its high grade nickel deposits. Courtesy of Noront Resources.

Editor's Note: In the evening of Oct. 19, after this story was published, BHP updated its offer for Noront to $0.75 per share, a 36 per cent premium over its previous offer of $0.55 and a seven per cent increase over Wyloo Metals' bid. The Noront board of directors now recommend shareholders tender their shares to the BHP offer.

After months of ongoing back and forth bids to acquire all outstanding common shares of Noront Resources, the company is on track to accept an offer by Wyloo Metals over an earlier bid by BHP.

This has been the third attempt to takeover Noront this year. In May, Wyloo Metals initially proposed buying the company for $0.315 a share. Melbourne-based miner BHP responded with a counteroffer of $0.55 a share in July and was supported by Noront’s board of directors. However, things changed by September, when Wyloo came back to sweeten the pot by offering $0.70 per Noront share and valuing the company at around $414 million.

The battle for Noront boils down to both Australian-based companies’ interest in Noront’s Eagle’s Nest project, located in the highly sought-after Ring of Fire region in Northern Ontario. The area contains promising high-grade deposits of nickel, copper, platinum and palladium.

Wyloo Metals has called the Eagle’s Nest project “the largest high-grade nickel discovery in Canada since Voisey’s Bay.” If the deal is finalized, the company plans to develop Eagle’s Nest into a zero-emissions mine and create a sustainable “Future Metals Hub” in Ontario.

“Based on an evaluation by the special committee and its advisors, the Noront board of directors has determined that Wyloo Metals’ proposal represents superior value for our shareholders, compared to the offer by BHP," Noront CEO Alan Coutts said in a statement released on Oct. 18.

Related: After picking up the project in 2019, Newcrest Mining is looking to turn its British Columbia gold project into a tier-one operation

BHP still has a chance to stop the deal by matching Wyloo’s offer in the next five days before the acquisition proceedings move forward.

But all along, Wyloo has had an upper hand in this bidding war. The company has controlled up to 37 per cent stake in Noront since December 2020.

In an August press release, Wyloo Metals said that “it does not intend to support any alternate offers for Noront,” and “without the support of Wyloo Metals’ 37.2 per cent direct interest in Noront, a competing plan of arrangement cannot be successful and a competing takeover bid will be unlikely to meet any minimum tender condition.”

In partnership with First Nation communities, Wyloo has already committed to investing $25 million towards feasibility studies that will look into the potential to create a local battery materials supply chain and build a ferrochrome plant in the province.

The current anticipated commercial production date for the Eagle’s Nest is 2026, with around 3,000 tonnes of ore to be processed at the site per day. Its estimated mine life is 11 years, with the potential to add nine more years.

If BHP decides not to match the latest offer, Wyloo Metals will agree to loan Noront $23 million to finance the $13 million payable to BHP for ending its bid to acquire the company.