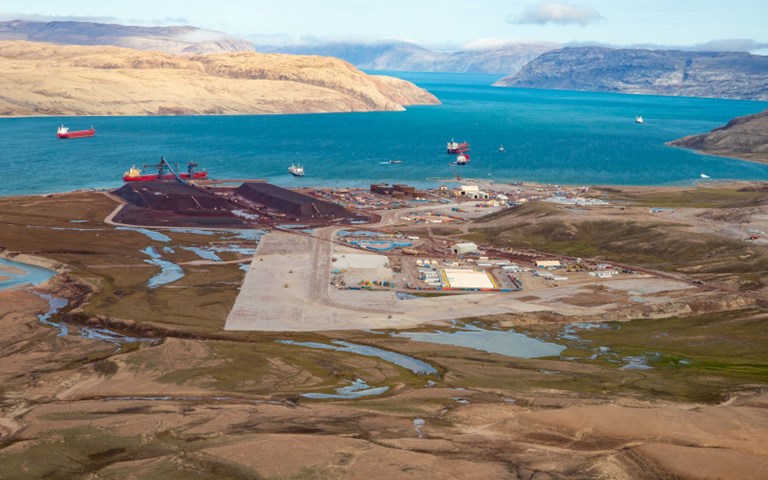 Baffinland's Phase 2 expansion would have included a new railway from its Mary River mine to the Milne Inlet port. Courtesy of Baffinland Iron Mines.

Welcome back to your weekly mining news recap, where we catch you up on some of the news you may have missed. This week’s headlines include the new focus of proxy advisory firms, Vale and GM team up for a nickel supply deal and Canadian mine rescue teams represent at international competition.

Baffinland Iron Mines Corporation’s request to proceed with the Phase 2 expansion of its Mary River operations has been denied by Dan Vandal, minister of Northern Affairs. The expansion plan would have involved the construction of a railway from the mine to port, adding a second ore dock at the port and doubling production to 12 million tonnes per year. Discussions between the company, Vandal and the Qikiqtani Inuit Association are in motion, with more details to come soon.

In order to meet upcoming net-zero goals, mining companies are encouraged to explore and experiment with new technologies, especially ones that are not yet being widely utilized. Some of these innovative technologies include hydrogen-powered vehicles, ore sorting and autonomous modular haulage. Mining companies will need to go against the industry preference for caution and take risks to meet aggressive emissions targets.

Proxy advisory firms are shaping how mining companies perform on corporate governance and ESG management issues in their role of shareholder advocates. These firms are using their knowledge to review ESG performances of certain resource-based companies, and have the capacity to consider the mining industry from a larger perspective, while also being able to contrast them to other industries.

Following the U.S. military’s decision to reduce dependency on China for mining projects producing critical minerals, the military has turned to Canada as a possible option, as reported by CBC News. The military is in search of mining projects that are based in Canada but require American public funding stemming from the Defense Production Act. The U.S. government has already been provided with 70 Canadian mining projects that would qualify for U.S. funding.

Vale Canada Limited and General Motors (GM) have struck a deal that will see Vale offer a long-term supply of battery grade nickel sulfate produced at the company’s proposed plant in Bécancour, Quebec. The agreement states that Vale will supply 25,000 metric tonnes of contained nickel annually, which GM will use for its Ultium battery cathodes, enough nickel to supply approximately 350,000 electric vehicles per year. Deliveries of the contained nickel are expected to begin during the latter half of 2026.

A new pilot program aimed at creating safer workplaces for resource-based companies has been launched by Rio Tinto, BHP and Fortescue, as reported by Mining.com. This program serves is in response to the growing recognition of the problem of racism, sexual harassment and bullying within the mining industry. The evidence-based program, aimed especially at new workers, will highlight the ramifications of inappropriate behaviours in the workplace, while also offering ways of recognizing them.

Generation Mining has signed a community benefits agreement with Ontario’s Biigtigong Nishnaabeg First Nation community for its Marathon palladium-copper project, as reported by Northern Ontario Business. This agreement includes focus on the environmental management of the project as well as offering employment, training and education opportunities. The company is awaiting on the provincial approval of its environmental assessment of the project and expects to begin construction in early 2023.

A new digital-based hazardous waste registry program has been introduced by Ontario’s Resource Productivity and Recovery Authority to ensure safe disposal of hazardous and liquid industrial waste, as reported by the Canadian Mining Journal. Any hazardous waste produced by miners, businesses and other institutions must be reported starting on Jan. 1, 2023.

BHP announced that it would be delivering its first load of Jansen potash to the market several months ahead of schedule, as reported by Saskatoon StarPhoenix. BHP approved the development of the first stage of its Jansen potash mine last summer and now expects it to be completed in late 2026 instead of 2027.

The 2020 International Mine Rescue Competition saw Mosaic’s Esterhazy Mine Rescue Team rank second place overall. The competition was held in Beckley, West Virginia, and involved 22 teams from around the world competing in challenges that tested various skills, such as first aid and rope rescuing. All five of the participating Canadian mine rescue teams ranked in the top ten of the overall competition.