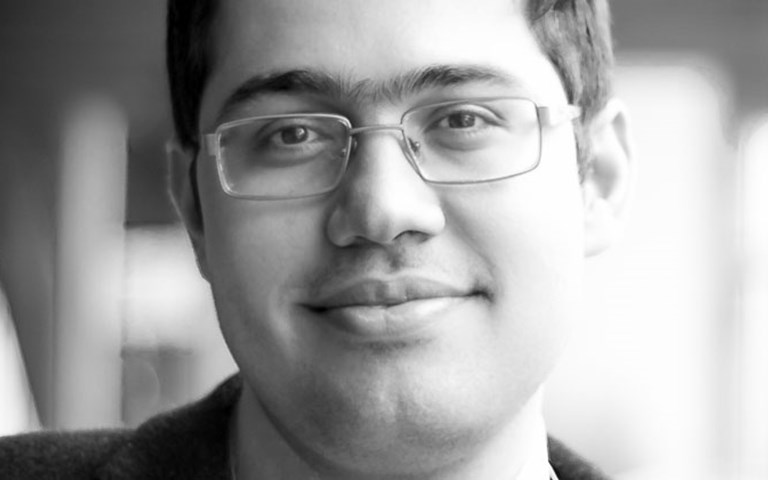 The quality of a blast at an open-pit mining operation has huge implications for the mining process that follows. A poor quality blast that is difficult to dig will result in higher power consumption, more wear and tear on loading machines, and lower loading and hauling productivity.

Mohammad Babaei Khorzoughi, a senior technical analyst at Teck, is trying to improve drilling and blasting practices in open-pit mines by instrumenting rope shovels to estimate the diggability – or the resistance of material to digging – of muck piles. Babaei’s diggability index, which he developed at Teck’s Elkview steelmaking coal operation as part of his PhD program in mining engineering at the University of British Columbia, has the potential to improve drilling and blasting practices while bringing down costs.

CIM: It seems like diggability assessment and fragmentation analysis aim at a similar goal; they help operators understand the characteristics of a muck pile to optimize throughput. So what’s the difference?

CIM: How would you define a diggability assessment, and what does it tell mining operations?

Babaei: It’s a shovel key performance indicator which is influenced by muck pile digging conditions. You can use diggability to compare the performance of different shovel operators, you can monitor the performance of equipment under different digging conditions, and at the same time it provides feedback on the drilling and blasting practices. It even allows the mine maintenance engineers to understand what sort of digging causes the most damage to the machine. A focus on diggability is especially relevant these days as the mining industry is under pressure to control costs. Diggability is a measure that helps us decrease mining costs at steelmaking coal mines as well as metal mines.

CIM: How has diggability previously been calculated?

Babaei: Many operations still use dig time, loading rate or the tonnes of material moved. However, all those indexes are significantly affected not only by digging conditions, but other variables like an operator’s skill level or machine size. For example, payload monitoring technologies can provide real-time feedback to an operator about the payload, and the operator can then adjust his or her digging technique to achieve the optimal payload.

CIM: But you want to understand how the equipment, not the operator, is influenced by the digging conditions?

Babaei: We were looking for an approach that is independent of the operator. At the same time, we need to have an operational perspective and provide information on a real-time or near real-time basis. We also want to combine it with other indicators, like load time and the location of the buckets for every scoop that we take from the bank. With this approach, we can have all of that together.

CIM: So the diggability index you created is effectively an algorithm that takes all these measurements into account. And they come from sensors that are attached to the shovel?

Babaei: To give you a bit of history about the project, in 2013 we started the project at Elkview. Initially we were using P&H shovels and we started collecting onboard shovel signals from the PLC [programmable logic controller]. We were trying to analyze those onboard shovel signals to come up with the diggability and to understand digging conditions and the behaviours of machines for the kind of conditions that trip up operators. In 2014, we started working with a company called BMT WBM Canada. They provide a shovel health and payload monitoring system called PulseTerraMetrix. We started collaborating with them to use their sensors, which are independent of the PLC, to come up with the index. In the course of this project, we developed two different algorithms: one is based on the sensors that BMT WBM Canada has and the other based on the onboard shovel technology on the P&H equipment. At the end of the day, the two algorithms are expected to come up with the same results. The reason to have two algorithms was to accommodate different shovel installations. The algorithm based on the PulseTerraMetrix has already been implemented on five shovels at Elkview and we are collecting diggability data on a real-time basis.

CIM: How long have you been using the diggability index at Elkview?

Babaei: Since March 2016. It was initially implemented on two shovels. We did a bit of testing to make sure the index works, and then we moved to five shovels at Elkview. The project is still in progress. We are trying to get results to see how much money we can save from the project, how accurate the index is and if we really need to have other indicators in place or not. So that’s been really promising.

CIM: Once you get these results from the diggability index, what can you do to modify the operation and to what end?

Babaei: Diggability has several advantages. We can optimize our drilling and blasting to see how far we can change our blasting practice to reduce costs without damaging our shovels, or without changes in the performance of our machines. Second, it decreases the waste of explosives. Lots of mines are spending millions of dollars on explosives so as soon as you can save five per cent on your explosives, it helps a lot. The third benefit is related to higher productivity. It helps to have high productivity in your shovels and get better value from a shovel perspective. In terms of reliability and maintenance, “better” means that you do less damage to a machine in the long run and then you improve the availability of your machine. The other interesting aspect is because you’re optimizing this whole process and optimizing your blast, you can improve pit slope stability and wall control by creating less vibration damage from the blast.