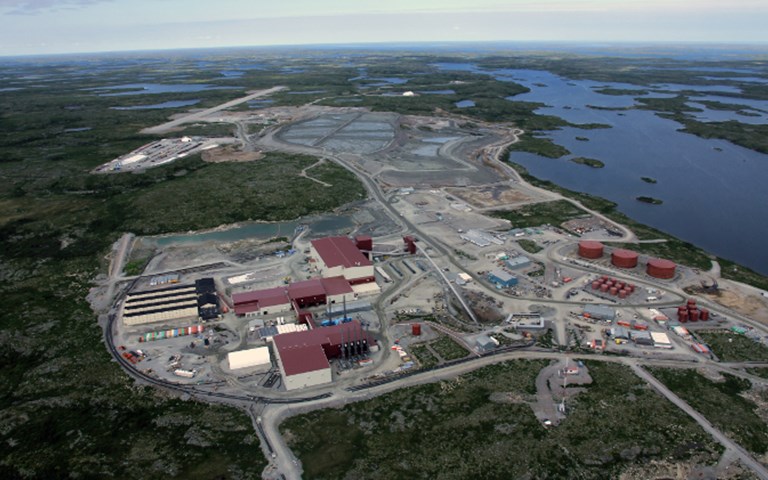 Flooding the underground diamond mine mitigates its environmental impact by preventing mine water from reaching the surface and contaminating Snap Lake itself. Courtesy of De Beers Canada

De Beers Canada announced it had placed Snap Lake on extended care and maintenance in December after failing to find a buyer for the Arctic diamond mine.

The dewatering infrastructure in the underground mine will be sequentially turned off, allowing Snap Lake to safely flood. The process started in early January and is expected to last eight weeks.

The mine failed to make a profit for the company since opening in 2008. It was put on care and maintenance in December 2015 and was put up for sale in July 2016, giving prospective buyers six months to bite before the mine was flooded.

De Beers Canada spokesman Tom Ormsby said flooding the mine is “the most economic way to hold the asset for a longer period of time.” The mine can be resuscitated in the future and its estimated 25 million carats will be preserved, while the company no longer has to foot the bill for dewatering.

Flooding the mine safely also mitigates the mine’s environmental impact by preventing mine water, high in dissolvable solids, from reaching the surface and contaminating Snap Lake itself.

Water management issues have plagued the property since its opening. CBC reported that De Beers Canada’s COO Glen Koropchuk explained at a public hearing in March 2015 that large volumes of water high in dissolved solids were being stored underground at the site, which was a safety concern for workers and reduced the minable ore inventory.

The water could not be released into Snap Lake as it went over the proscribed limit of the operation’s water licence, even after treatment. Despite the water licence being amended by the Northwest Territories environment minister in September 2015, the mine was put on care and maintenance three months later.

Ormsby estimated that Snap Lake has 12 more years of mining and said it has the potential to be resurrected, whether operated by De Beers or another firm. However, this would be subject to “a combination of the right market conditions, plus a new technical approach to mine the kimberlite.”

After the flooding process is complete, 35 people will continue to be employed on site.