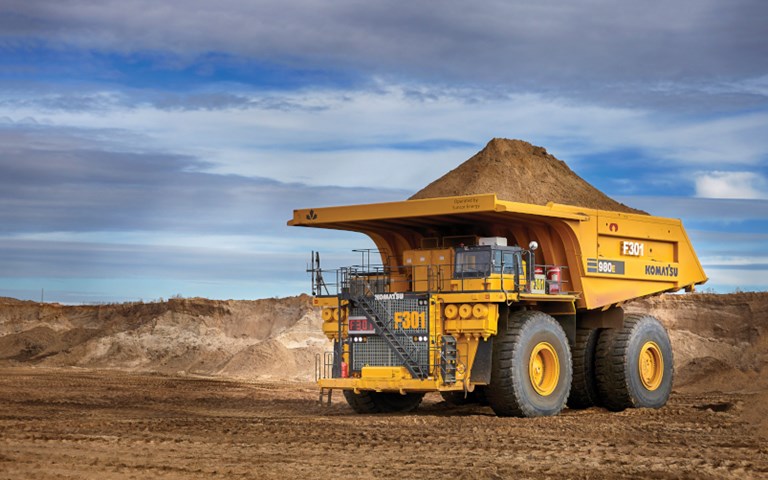 The toughest part of teaching employees about automated haulage systems (AHS) is not getting a shovel operator comfortable with a field computer, or even familiarizing a supervisor with the basics of the control room. It is getting people to stop seeing their workplace as a manual operation.

This is a lesson SMS Equipment has learned through its first two deployments of Komatsu’s FrontRunner AHS in the Athabasca Oil Sands. The region has seen several operators trial and deploy driverless trucks in their operations: Suncor has implemented an autonomous fleet at its North Steepbank mine and Fort Hills operation, and Imperial Oil is piloting an autonomous fleet at its Kearl site. SMS Equipment sells and trains customers on how to operate its system (which uses a wireless network, obstacle detection and GPS technologies to run automated haul trucks along prescribed routes) and how to derive as much value from it as possible.

To do this, the company built a dedicated training facility in Fort McMurray and is building another in its Acheson headquarters, near Edmonton. Here, SMS Equipment trainers run intensive foundational training sessions in a virtual control room to train core members – operators, supervisors and trainers – of a customer’s automation team. The off-site, simulated training came about because learning at the customer’s actual operation was too disruptive. “We were trying to train these people from scratch in the production environment, which had a negative impact on the production capability of the folks actually trying to mine with it,” Schellenberg said.

For SMS Equipment, it is extremely important that its customers get to a productive state as soon as possible. “Obviously with simulation, we can run different scenarios at a quicker pace, so they’re getting a lot more intense training rather than just waiting for a scenario to occur in the live system,” said Doug Grant, manager of AHS deployments, operations and trials at SMS Equipment. Trainees now spend 40 per cent less time in this training stage. Within two cycles in the virtual training environment, employees have a solid foundation on the system and are ready to go to work under the mentorship of a qualified controller.

The learning does not end there, however. “Generally, when a client takes on AHS, they automatically see production gains in the reductions of standby or delay time with those trucks,” said Grant. But there are many other gains to be made when moving away from a fleet of driver-operated trucks. Now that customers understand the system, a second stage of training – “the value assurance process” – shows them the efficiency gains to be made and teaches operators where to look for further efficiencies.

The customers’ road networks can be replicated virtually, and SMS Equipment works to identify improvements that will optimize their system. This focus is to help them see their mine differently. Consider, as an example, how intersections have typically been designed. “In a staffed environment, pretty much every mining company globally will have intersections that are pretty close to 90-degree corners,” said Schellenberg. With AHS, intersections can look more like a ‘Y’ instead of a ‘T’. “You want those trucks to be running at the maximum speed at all time. With no operators in those trucks, you’re going to try to make your roads as straight as possible, so we see design changes that are sometimes hard to comprehend for people that work within the pit, or people that actually design a pit.”

The goal of the training is for customers to be completely self-sufficient on the system. This is important, Schellenberg said, for long-term sustainability of their AHS programs. “You’re not going to see too many new mine sites that will come online that will not have an autonomous technology component to their operation. And we’re seeing a lot of current mine sites in operation that are looking to convert to it,” he said, adding he expects to have four to six sites deployed by 2021.

And as more mines move to AHS all over the country, SMS Equipment will be ready. “Our training centre is easily replicable in other SMS locations and able to run off of the central servers in Acheson,” said Schellenberg.