A new spin on an old conceptTo add more life to its flagship Young-Davidson mine, Alamos Gold drew on both cutting edge robotics and an innovation from the 1800s

To add more life to its flagship Young-Davidson mine, Alamos Gold drew on both cutting edge robotics and an innovation from the 1800s
By Carolyn Gruske
March 09, 2020 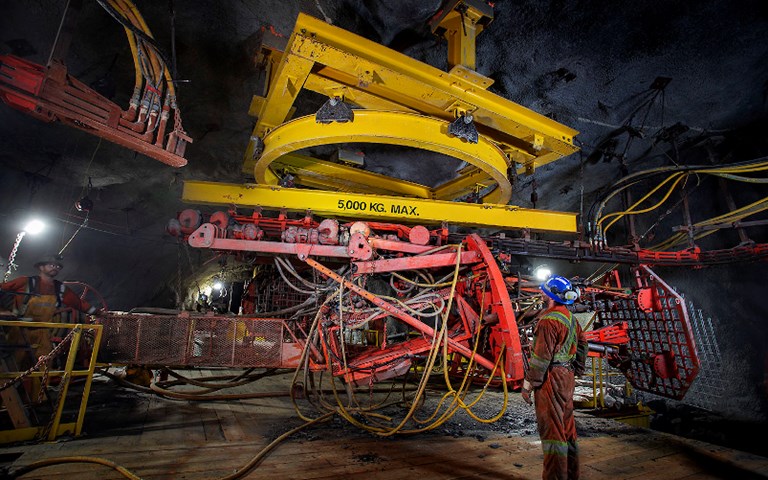 The turntable system installed in a rockbreaker room at the mine allows two raises to be excavated from the same staging area. James Hodgins/Courtesy of Dumas Contracting

The Young-Davidson mining complex near Matachewan, Ontario, has produced gold, off and on, since 1935. Its first incarnation was as two mines – Young-Davidson and MCM – both underground operations that together yielded a million ounces over 20 years before they closed in 1957. Its next life began in 2011 as an open-pit operation, and by 2013 the complex was again producing gold from underground using two shafts, one of the originals known as MCM and a new 5.5 m-diameter raisebored shaft called Northgate.