Shaft Sinking from 2007 to 2020: Mechanical excavationEvolution of shaft sinking systems in the western world and the improvement in sinking rates (Part Seven)

Evolution of shaft sinking systems in the western world and the improvement in sinking rates (Part Seven)
By Vern Evans and Charles Graham
April 29, 2020 The two major developments in shaft sinking between 2007 and 2020 are the successes in mechanical excavation and the number of shafts sunk in China. To have four major mine shafts, over six metres in diameter and over 1,000 metres in depth, completely excavated with mechanical excavators and one additional shaft partially completed, is certainly noteworthy. Regarding the Chinese shaft sinking, we do not have the exact figures for the time period in question, but between 2000 and 2015, 1,092 completed shafts have been reported by Chinese shaft sinkers in both hard and soft ground. The advance rates in some of these shafts are similar to or better than those achieved in North America.

In addition to mechanical shaft sinking, there have been a number of other innovations that have been introduced since 2007. Perhaps the most important of these is the backhoe-type mucking machine.

During the time period under discussion, there were five shafts completed using mechanical shaft sinking equipment. Four additional shafts are currently under construction and an additional two are planned to start sinking in 2020. All these shafts were completed in soft to medium-hard ground. The shaft excavations that were completed during this period were:

The four shafts that are currently under construction using mechanical shaft excavators are two potash shafts in Belarus, one shaft at a copper mine in Poland and a fourth shaft at a potash mine in Russia:

The two shafts that are planned to start sinking using mechanical excavators are the two shafts being sunk to extract polyhalite in the United Kingdom.

The SBR was developed as part of Rio Tinto’s “Mine of the Future” program,  a research and development project to advance more efficient mining technologies. It was subsequently chosen by BHP Billiton to excavate the shafts for their Jansen potash mine in Saskatchewan. The cutting system features a large roadheader cutting tool combined with a vacuum system to move the broken rock into a storage bin on the work stage above. From there, the muck is transferred to sinking buckets and hoisted to the surface. The Herrenknecht machines are massive – weighing more than 300 tonnes, and are suspended from the surface on winch ropes. Shaft lining is installed from the work decks above the excavator.

The first of the two Jansen potash shafts excavated using prototype Herrenknecht SBR machines was started in December 2012. The second was begun in May 2013, with excavation in both shafts completed in April 2019. Both shafts were stopped in 2014 due to a geological problem that affected the temporary shaft lining. Another slowdown occurred when the SBRs encountered extremely hard rock at a depth of 470 metres.

The third and fourth SBRs were second generation machines and began sinking the shafts in mid-December 2018 and late January 2019. Shaft sinking in the upper 365 metres frozen section progressed at an average 2.2 metres per day, including start-up and learning curve. Tubbing was then installed in this section. Sinking in the lower section started in January 2020 and daily advance rates have been above five metres per day to date.

The shaft collars have been completed at the Woodsmith project and the third generation Herrenknecht SBR excavators are on site. Shaft excavation is expected to commence in 2020.

The Eurochem shafts and the KGHM shafts were excavated using a similar type of excavator that is commonly used at the KGHM copper mines in Poland. 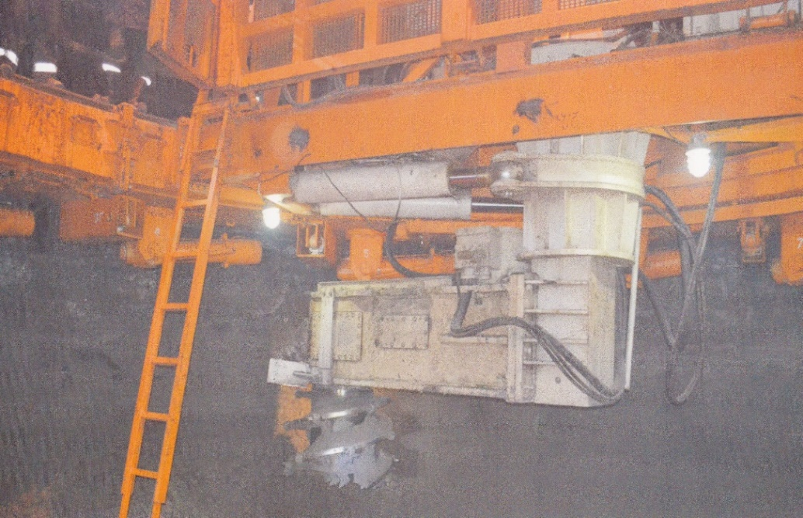 The underside of a Russian shaft excavator shows the cutting mechanism of the boring machine used at the Eurochem shafts.

At Eurochem’s VolgaKaliy project, three shafts were sunk, all 7.5 metres in diameter and approximately 1,100 metres deep. All three shafts are completely lined with cast iron tubbing rings. Two of the shafts were sunk conventionally with the third shaft sunk using the same mechanized shaft boring machine as used at Usolskiy. The shaft boring machine achieved advance rates 50 per cent faster than the two shafts that used a drill and blast method. Since all of the Eurochem shafts were installed using a cast iron tubbing shaft lining, comparing advance rates to shafts with other types of lining is difficult.

The first bucket of muck left the shaft on December 2013. The shaft is 7.5 metres in diameter and 1,340 metres deep. The shaft was frozen, and 466 rings of tubbing were installed in the shaft to a depth of 700 metres. A mechanical excavator was utilized to a depth of approximately 500 metres, after which the shaft was advanced by drill and blast means.

The numbers in the table below are taken from a recent paper presented at the Shaft Design and Construction conference held in Toronto in 2019.

According to the paper, Chinese statistics of 2010 showed that there were approximately nine billion tonnes of ore mined in China that year, including 3.6 billion tonnes of coal. The ore was mined from 12,900 coal mines, about 6,500 metal mines and about 80,000 non-metal mines, with only five per cent of these being underground mines.

» Concrete forms on the shaft bottom

It would appear that the monthly shaft sinking advance rate is not far off North American rates and, in fact, some are considerably better. Below is a table illustrating some of the better rates achieved. 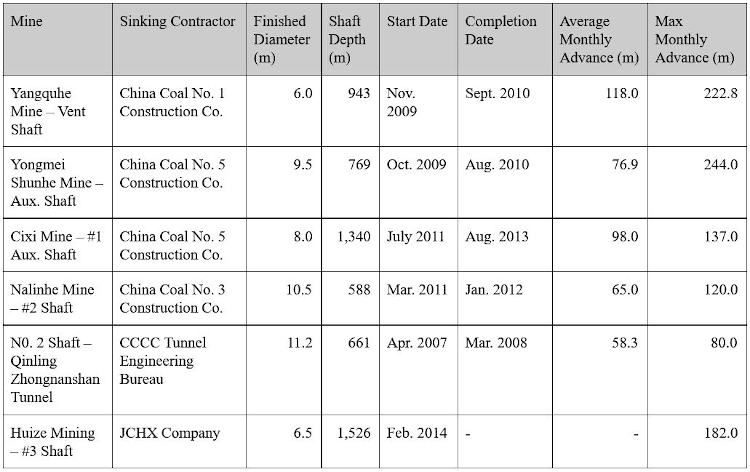 It was estimated by Long Zhiyang and Xiao Ruiling that China’s requirements, based on 2015 statistics, are 10 billion tonnes of ore annually, including four billion tonnes of coal. At least 100 mines will need to be built or expanded, which would result in 300 to 400 shafts in the short term. At least 70 per cent of these shafts would have to be in excess of 700 metres deep. 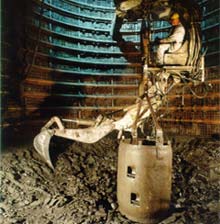 Man-riding buckets have become popular lately and have been utilized on a number of recent projects. These are enclosed buckets, complete with doors and canopies. These buckets ride in the crosshead and are connected to the hoist rope in the same manner as the muck bucket. Muck buckets are removed, and man-riding buckets installed whenever man travel is necessary in the shaft. 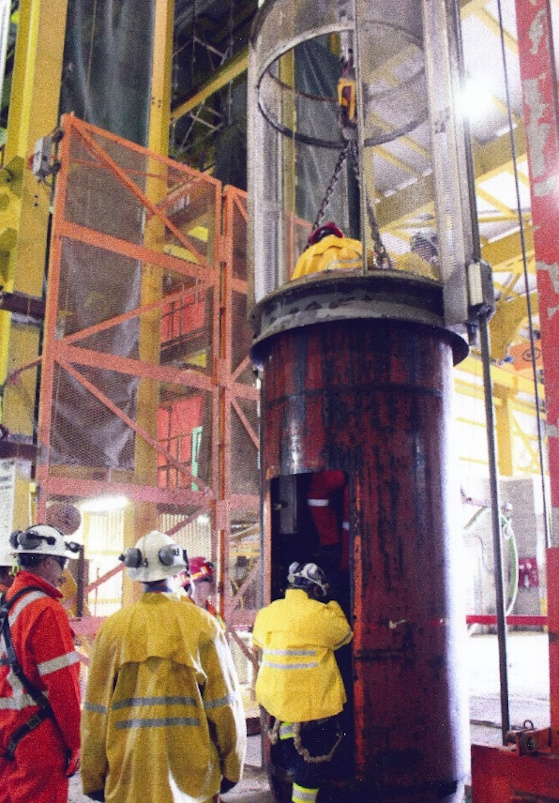 Neither the Herrenknecht SBR excavator nor the Polish/Russian shaft excavator are suitable for excavating in hard rock because of the cutting devices used. Pencil point tools, as used on the SBR machine and the European shaft borers, are limited by the strength of rock that they can cut. Hard-rock tunnelling machines use rotating disc cutters to perform in hard rock. Any shaft excavation in hard rock will also necessarily have to be carried out using rotating disc cutters. 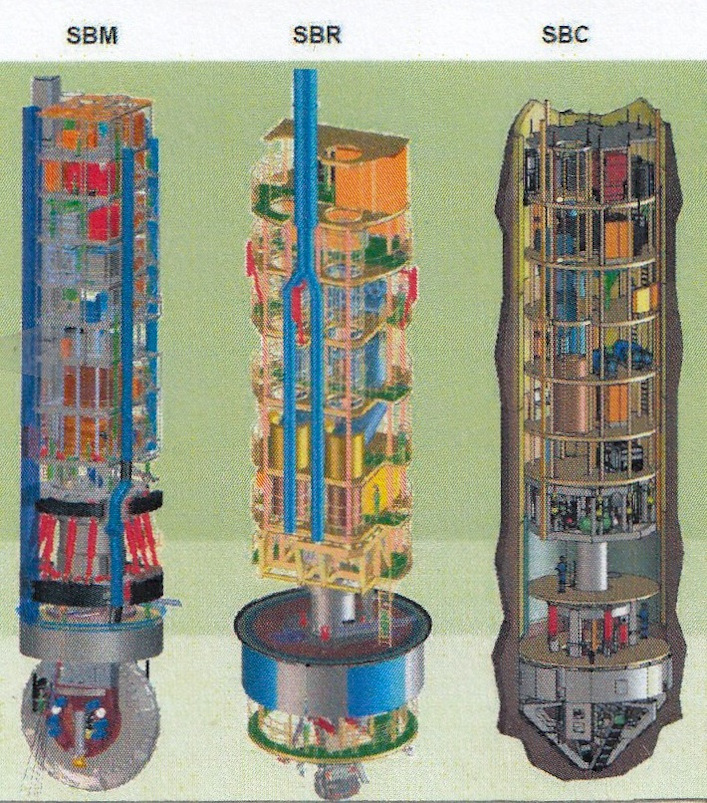 The SBC has a conical-shaped cutterhead equipped with disc cutters. The cutterhead is submerged in water during the cutting sequence. The coarse material from the cutting sequence is removed utilizing the muck buckets, while the fine material is pumped to surface. Unless ground conditions are poor, the permanent shaft lining would be installed concurrent with excavation.

The SBC is 40 metres long and weighs 350 tonnes. It is supported from the surface by four shaft ropes installed on winches.

In a further effort to achieve a true hard-rock shaft excavator, in 2014 the Herrenknecht company partnered with Thyssen Schachtbau and Murray & Roberts Cementation to update and adapt the technology of the V-Mole shaft enlargers that were used successfully in the past, mainly in Europe, to enlarge a pilot raise bore hole to a much larger finished shaft. This machine has been named the Herrenknecht shaft boring extension machine (SBE). 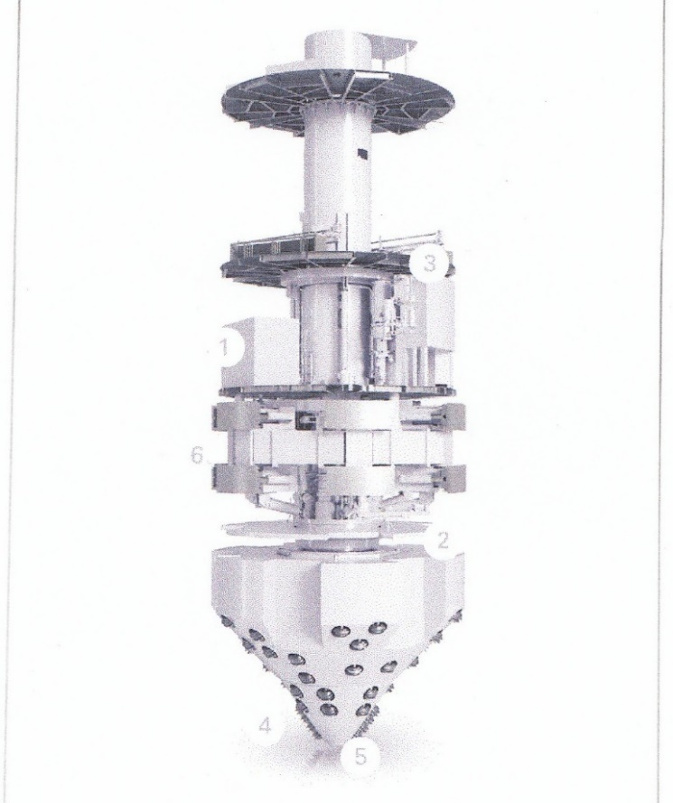 Herrenknecht points out that the hard-rock shaft excavation machines are not currently employed on any project.

Besides the Herrenknecht machines and those being used in Poland and Russia, the South African raise boring company Master Drilling announced in 2016 that it was developing a blind shaft boring system (BSBS). This machine, recently tested in South Africa, also uses single disc cutters.

At an advance rate of three metres per day, it is unlikely that the Herrenknecht machines are financially viable for most shaft sinking projects; however, at five or six metres per day the equation certainly changes. The European shaft excavators will probably not attain rates of five or six metres per day, but have proven themselves to advance more rapidly than drill and blast in the right ground. The fact that they can change back and forth between mechanical excavation and drill and blast makes them an important tool for shaft sinking in soft to medium-hard ground.

The Chinese appear to have made considerable progress in both their shaft sinking technology and advance rates. In the future these will probably continue improving, along with progress towards a safer sinking environment.

Shaver, W., (2019), Shaft Sinking in the Next Five Decades, Proceedings of the 4th International Conference on Shaft Design and Construction, November 2019. 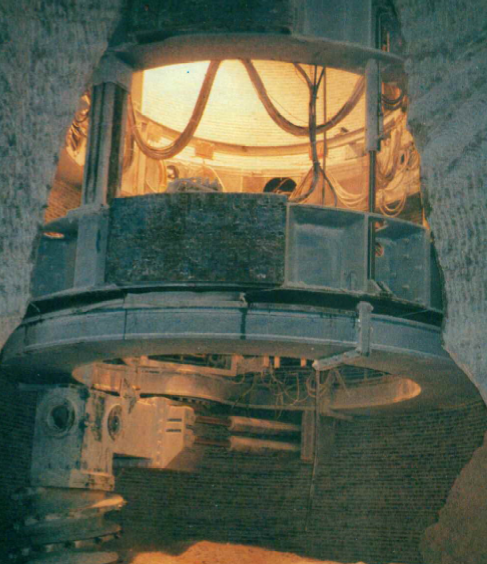 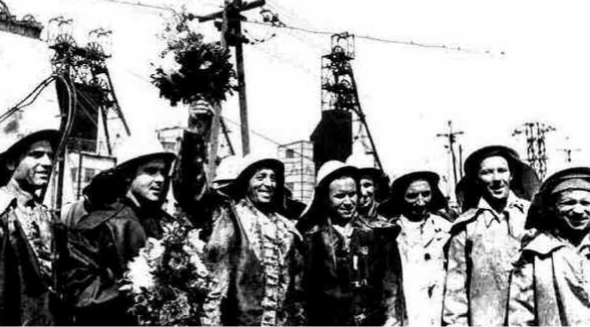 The period between 1940 and 1970 can really be called the golden age of shaft sinking.