“We have been able to train our eyes to not see it”PDAC award-winning consultant Lana Eagle wants mining companies to understand the history of residential schools. The first in our We Are Mining series

PDAC award-winning consultant Lana Eagle wants mining companies to understand the history of residential schools. The first in our We Are Mining series
By Kelsey Rolfe
February 06, 2018 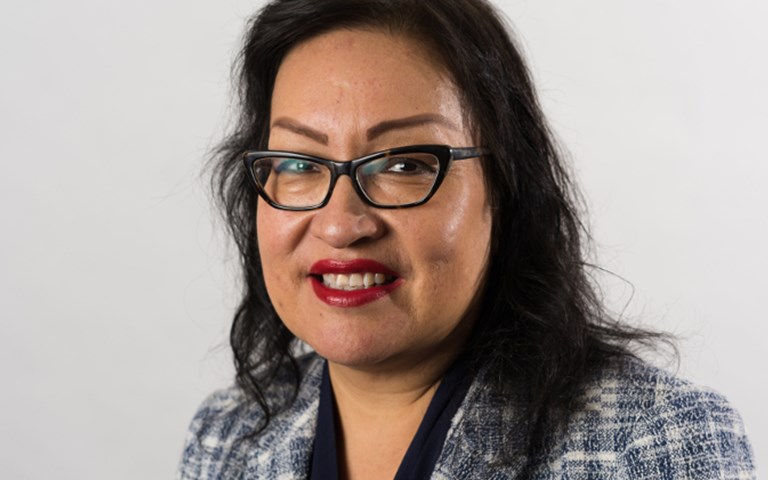 Consultant Lana Eagle wants to see mining companies ask what they can do to help Indigenous communities. Courtesy of Lana Eagle

Vancouver-based consultant Lana Eagle, a member of the Whitecap Dakota Nation in Saskatchewan, works to align two “timelines:” mining companies’ desire to get permits and get to work, and Indigenous communities’ desire to be heard and understood, which includes confronting the generations of marginalization and abuse they have endured. Eagle says the key is for mining companies to come to the table with an understanding of Indigenous Peoples’ unique challenges.

Eagle was recently appointed chair of CIM’s Diversity and Inclusion Advisory Committee, and awarded PDAC’s Skookum Jim Award for her work creating dialogue between Indigenous communities and the mining industry. She spoke with CIM Magazine in January about her work, how mining can be a part of reconciliation, and what it takes to have a truly inclusive workplace.

CIM: How did you initially get interested in mining?

Lana Eagle: I think it came just because that's what my dad did for his career. He was in the mining industry and I don't think it was ever that when I grew up I wanted to be a miner. It was more that's what we grew up with, in terms of talk around the dinner table.

CIM: Tell me about the work you’re doing now.

Eagle: I am a consultant. I really find myself moving forward in the arena of reconciliation. It's something that builds upon what companies are already doing really well, which is relationship-building. I presented last year at a conference, and one of the elders in the room referred to reconciliation as the elephant in the room, that we can't be afraid to talk about. I think we're still on two different timelines. Companies want permits, and they want to move forward into development. Indigenous communities want to build relationships and have conversations around where they are today, and why these things are the way they are, because of the challenges that they're facing.

I look at how we bring those two timelines, those two worlds, together. I think what's interesting is that companies that have operations elsewhere outside Canada are beginning to realize that they need to work with Indigenous communities and have conversations. And move forward through an engaged process, rather than [following the timeline] they think things should happen in.

CIM: A lot of people in the industry talk about how mining can be a part of reconciliation, but that conversation seems to mainly focus on the economic side. Do you think that’s the main way the industry can play a role?

Eagle: I think economics is an avenue, but I don't think it's everything. Communities are perhaps looking at ownership, or greater percentages in how they participate, in terms of jobs or local procurement. That's how some people have chosen to move forward to make their lives better, to alleviate poverty and to make those changes. For some people, they're still suffering from what residential schools have done to them. Look at some of the numbers on incarceration [of Indigenous people], alcohol and drugs, abuse and violence, missing and murdered Indigenous women and girls, and abject poverty.

You can argue that if people had more wealth, they could alleviate those problems. But long term, how can we deal with these issues? Some of them are a result of children being sent to residential schools, because they were removed from their families and lived in very abusive situations. Then they come back, and they lack the skills to love, to parent, to create long-term safe homes for families, and deal with the challenges through alcohol and drugs. That just seems to perpetuate from one generation to the next.

I think people in business think, "Well, if we can give them some money to deal with these things, that should be good." I think it's a social issue as well as economic. I think it needs a blend of both approaches to deal with this.

Related: Competing priorities are complicating development in the Ring of Fire but all sides agree dialogue is necessary to get it right

CIM: How do mining companies factor in the social aspect of reconciliation?

Eagle: Some of the social aspects have to be talked about. In those conversations a level of trust is built, because people can feel that they can open up to you and really tell you about what their problems are, and what their solutions are. It's not just a, “Today we're going to talk about residential schools. How did that go for you?” kind of a conversation. It's deeper than that, it's softer than that. If I had that challenge, how do I begin to trust you?

If I tell you certain things that are so dark and so deep, how do I know that's going to be information that is shared between you and me, shared between the community and the mining company? That there will be a going-forward in how that's dealt with? Preparing to enter into those conversations is definitely a challenge for people. I think a big part of it is a call for companies to better understand the history.

I think that we as Canadians have been able to train our eyes to not see it. Why would we go into a reserve if we don't have to? The fact that today, in 2018, we still have communities that are on boil water alerts and have been for decades, is reprehensible. For the amount of promises that this government makes, their progress to deal with those challenges has been slow.

I think the industry has to begin to say, "What can we do?" Rather than rely on the government to make those changes, whether it's around electrification or clean water, maybe it's time for mines to step up. I think going forward the solution is not saying, “We’ll build you a swimming pool, we'll build you a school,” but really finding out from the community, what do you need to move forward? Where can we be of help?

CIM: You were recently appointed chair of CIM’s Diversity and Inclusion Advisory Committee; what are you hoping to do during your time there?

Eagle: I think we have to just take the steps and move forward, and be guided by the members of CIM, who are dealing with these very issues, in terms of diversity and inclusiveness. How do we begin to break those barriers, and what is it that prevents people from going forward?

CIM: What do you think companies can do to improve the diversity of their workforce?

Eagle: I think our responsibility in industry is to be aware of [Indigenous Peoples’ history with residential schools]. We have to be more aware that this does exist and why it exists.

Also, if you want to have an Aboriginal workforce, you have to look at companies that are in Northern Saskatchewan as examples. For them, it’s taken years to get there. Look at Cameco, which has won [diversity] awards, they’re proud to have their third generation of [Indigenous] employees. It took a lot of years to get there, and a lot of history in there.

CIM: How do you get to a truly inclusive industry?

Eagle: It takes a lot of work. I think we need to ask, what is inclusivity? The easiest way that I can define it is feeling like you belong. We spend so much of our time during the day where we work; do you feel like you actually belong? What does that really mean? Is it a healthy belonging? I think it's everyone has to work together to create that new environment or that new culture.

Eagle: I do. I've always felt like I belonged, because of how I was raised. I feel very comfortable whether I'm in the boardroom or in the band office. I think to some extent you have to be willing to be adaptive to a new culture to be part of it. You have to try to make it work.

What is We Are Mining?

Throughout 2018 CIM Magazine will feature the stories and experiences – both the good and the bad – of women, Indigenous people and people of colour working in the mining industry through a series of Q&As, columns and stories reporting on issues of importance to them. Do you have any idea for a story we should cover, or a person we should talk to? Reach out: krolfe@cim.org