Three executives leave Acacia in weeks after Tanzania given 50 per cent share of company’s profits
By Rob Csernyik
November 02, 2017 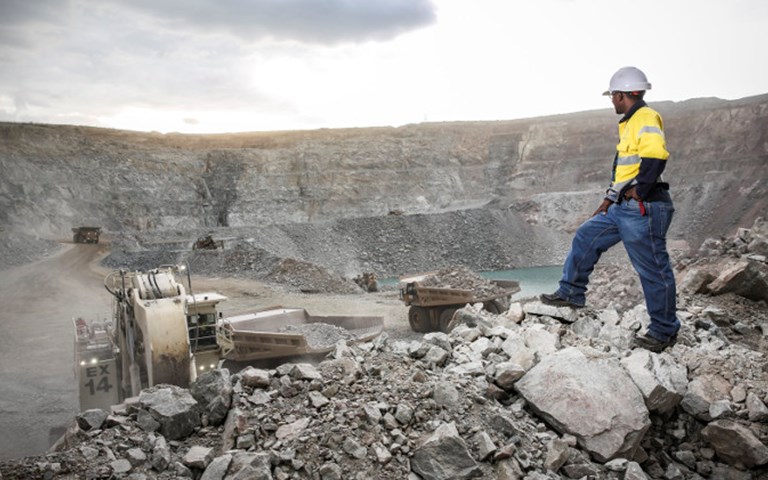 A worker looks over Acacia's North Mara mine in Tanzania. Acacia has seen three executives resign since the Tanzanian government was given a 50 per cent share in the company's profits. Courtesy of Acacia Mining

Acacia Mining’s CEO Brad Gordon and CFO Andrew Wray are resigning their roles at the end of the year, the company announced on Thursday.

The announcement comes just weeks after Acacia’s parent company, Barrick Gold, said the Tanzanian government would get a 50 per cent share of Acacia’s profits from its three Tanzanian mines going forward, and that Acacia would pay the government US$300 million as a “gesture of good faith.”

On Oct. 20, Acacia’s COO quit without an immediate replacement, according to a Reuters report.

Gordon indicated to the company that he will be returning to Australia for family reasons, while Wray will pursue an opportunity elsewhere. They both informed the company of their resignations separately.

Kelvin Dushnisky, Barrick’s president and the chairman of Acacia, addressed the changes in a statement, called both men “instrumental in the operational and financial turnaround of Acacia” in a statement. “On behalf of the Board and the Company, I would like to extend our sincere thanks to both of them for their contributions.”

Peter Geleta, Acacia’s head of organizational effectiveness and the former general manager of the Bulyanhulu mine, has been appointed interim CEO.

Jaco Marita, Acacia’s general manager of finance, was named CFO. Both appointments are effective from Jan. 1. In addition to Geleta’s role as interim CEO, he will also replace Gordon on the board of directors at the end of 2017.

Despite the management changeover, Dushnisky insisted in a statement that it will be business as usual at Acacia.

“The Board will continue to provide the management team with our full support as the Company focuses on delivering against our operational targets, which remain unchanged from the Q3 results, while seeking a resolution to the situation in Tanzania,” he said.