Barrick gives Tanzania share in Acacia’s profits, $300M paymentTanzania ends dispute with Acacia after getting a 50 per cent stake in the company’s future revenue

Tanzania ends dispute with Acacia after getting a 50 per cent stake in the company’s future revenue
By Kelsey Rolfe
October 19, 2017 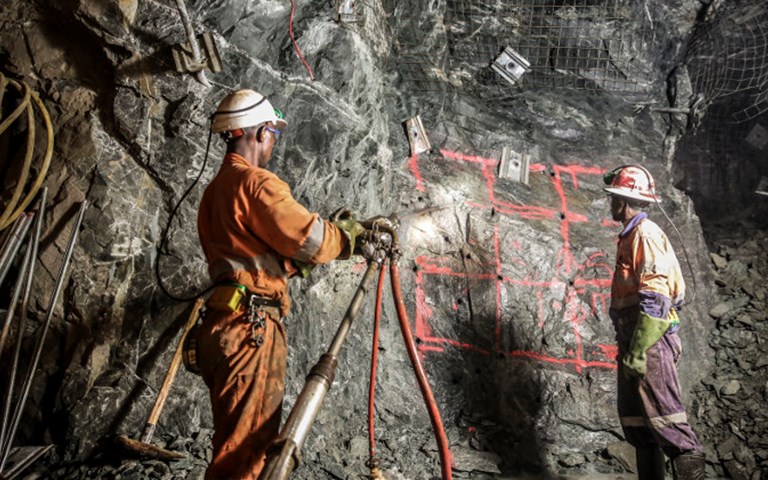 Acacia ceased underground activity at Bulyanhulu, pictured, which was losing US$15 million per month because of Tanzania's concentrate export ban. Courtesy of Acacia Mining

The Tanzanian government will get a 50 per cent share of Acacia Mining’s profits from its three mines going forward, and a US$300 million payment from Acacia as a “gesture of good faith,” Acacia’s parent company Barrick Gold announced Thursday morning.

The partnership should “ensure Acacia’s operations generate sustainable benefits and mutual prosperity for the people of Tanzania, as well as for the owners of Barrick and Acacia,” Thornton said in a statement.

Barrick said it will form a working group with Tanzania to resolve the country’s tax claim against Acacia. The working group will also determine the terms of the $300-million payment. According to Reuters, Magufuli said the government trusts Barrick. “Now that we are all shareholders, we can sit down over a cup of coffee and amicably resolve any outstanding issues,” Magufuli said on television.

Tanzania charged Acacia US$190 billion in fines and allegedly unpaid taxes in late July, stemming from a presidential committee’s findings that alleged Acacia owed the government for under-reporting gold and copper levels in its concentrate exports. Acacia repeatedly denied the allegations.

Barrick, which has a 63.9 per cent stake in Acacia, has been in talks with Tanzania since mid-June to solve the dispute.

Acacia's board of directors and shareholders will have to review the proposed partnership before it is approved.

Since March, Tanzania has banned the export of concentrates and passed laws to increase the government’s ownership of mines in the country.

Acacia has run into multiple problems as a result of the changes. Almost 30 per cent of its revenues come from concentrates, and its Buzwagi mine, which focused on gold and copper concentrate, sold about 35 per cent of its gold production while still incurring full production costs after the ban. It also reported its Bulyanhulu mine was losing US$15 million per month because of the ban.

The company has since switched to doré bar production at Buzwagi, and ceased underground activity at Bulyanhulu.