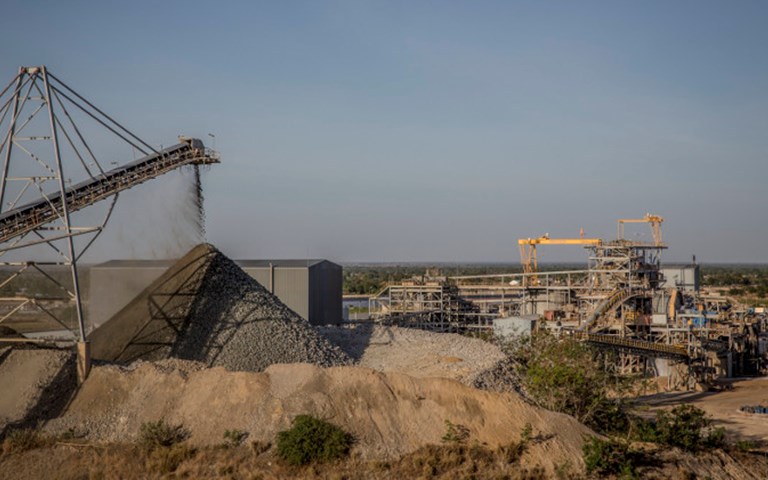 The rewards of investing in Tanzania are fading as international mining investors feel the effects of several months of regulatory crackdowns. Cancelled business deals, layoffs and declining stock prices have become the new norm for multinationals drawn to Tanzania’s resource-rich but underdeveloped mining economy.

Among the companies facing the new challenges of the Tanzanian market head-on are Barrick Gold subsidiary Acacia Mining and Vancouver-based junior exploration company Helio Resource Corp. Barrick’s preliminary Q3 results, released Oct. 12, showed a 140,000 ounce decline in gold production over the prior year’s results for the same time, contributed to by Acacia’s struggles.

Acacia confirmed in a statement that it produced 191,203 ounces of gold but sold only 132,787 ounces of gold during Q3. Sales were below production due to Tanzania’s ban on the export of gold and copper concentrate, which Acacia's Bulyanhulu and Buzwagi mines produce.

Tanzanian president John Magufuli has led the charge to reform how multinational miners do business in the country. Since March his government has enacted a number of new rules, including raising Tanzania’s royalty rate on gold to six per cent, up from four per cent, and hitting mineral exports with a one per cent fee.

Magufuli’s government has also voided and renegotiated mining contracts, banned exports of unprocessed mineral concentrates and ores, and denied mining companies the ability to seek international arbitration in disputes with the government.

Tanzania, Africa’s fourth-largest gold producer, did not see significant foreign investment until a new mineral policy and tax rules were enacted in the late 1990s. Now firms from Australia, South Africa, the United Kingdom, and Canada are feeling the pinch on their Tanzanian investments. As the country looks to grow its minerals sector from contributing about three per cent of GDP to 10 per cent, the long-term economic effects of the new regulations remain to be seen.

“We’ve been in Tanzania since 2006 and we weren’t expecting these changes,” said Richard D. Williams, the CEO and director of Helio. “The speed with which these changes were made and really the lack of consultation with those in the industry has taken all the operators by surprise.”

Helio announced in June a deal to sell its SMP Gold project in southwest Tanzania to Shanta Gold only for it to fall through in August. Shanta terminated the agreement citing changes to Tanzania's mining laws since the original announcement, though Helio has argued there is “no proper basis” for the termination.

“I think what you’ve seen is the investment community take a step back and try to fully understand the implications of the changes to the laws," said Williams. "I think that has not only an impact on our ability to access capital and operate, but it affects the development of any mining project in Tanzania.”

He added that one of the biggest concerns to a foreign investor is Tanzania’s removal of the ability for companies to receive international arbitration, meaning mining companies can only seek remedy in the country’s courts.

RELATED: Miners meet roadblocks as they try to collect on international arbitration wins

Tanzania’s biggest gold miner, Acacia, has run into multiple problems due to the changes.

After a processing trial, Acacia announced last month Buzwagi would switch to doré bar production. The company has also announced an intention to reduce operations by ceasing underground activity at Bulyanhulu, which was losing US$15 million per month due to the concentrate ban. Acacia’s North Mara mine, however, is largely unaffected due to 100 per cent of its production being doré.

Tanzania also announced in July that Acacia owed US$190 billion in taxes, penalties and interest for the period between 2000 and 2017. Barrick said earlier this summer that discussions with the Tanzanian government were getting underway. A public relations representative for Acacia had no comment when contacted by CIM Magazine, but the company has repeatedly denied the allegations.

Ronak Gopaldas, head of country risk at South Africa’s Rand Merchant Bank, said it is important to remember Magufuli’s focus on resource nationalization resonates with citizens, even if his haphazard approach to regulatory changes alienates the business community. Gopaldas said there is an element of political theatre at play, and it is working – Magufuli continues to be popular among his constituents.

“The reason [Magufuli has] targeted companies like Acacia,” he said, “is because they're heavily invested in the country and are unlikely to go anywhere.”

Gopaldas added that the erosion of value and “violent share price declines” already experienced on international exchanges mean that mining companies would be more likely than the government to “blink first and push for a quicker resolution of the dispute.”

He said that the new regulations for the mining industry are so unrealistic and commercially unviable that they could represent the tactic of taking an extreme position to reorient in the middle of current and former regulations.

“I think chances are, in the short term, things will continue to be haphazard and erratic, so I’m not expecting a quick fix.”