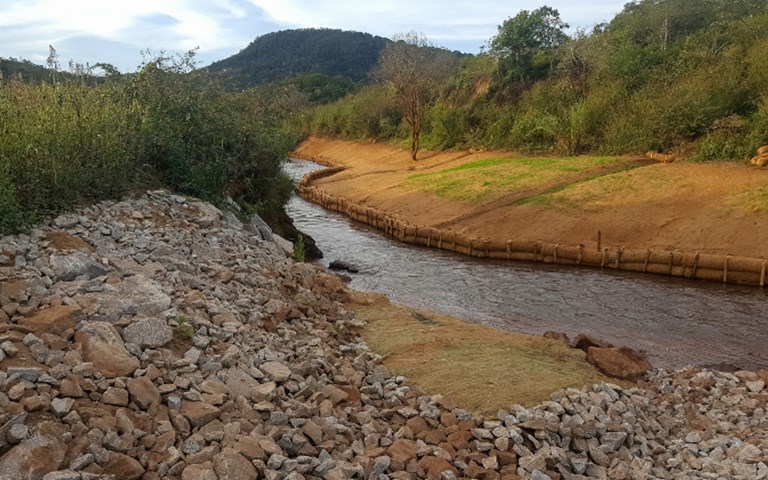 Revegetation and erosion control at the Santarem River, as seen in this June 2017 photo, is underway to remediate the area after the 2015 Fundão tailings dam failure. Courtesy of BHP

Samarco and its parent companies, BHP and Vale, received a 150-day extension from a Brazilian court to continue negotiating the settlement of two multi-billion dollar claims relating to the November 2015 Fundão tailings dam disaster.

The companies have until April 20, 2018 to determine a settlement for the US$47.6 billion and US$6.1 billion claims with Brazilian federal prosecutors, BHP said in a news release on Tuesday.

The new agreement allows state prosecutors to become party to the original agreement, and adds more community consultation. It also provides for new socioeconomic experts who will advise the federal prosecutors.

The tailings dam failure, which is Brazil’s largest ever environmental disaster, killed 19 people, destroyed the village of Bento Rodrigues, and polluted the Rio Doce basin. A technical investigation from August 2016 attributed the failure to structural flaws in the dam.

When the preliminary agreement was signed in January, a final settlement with federal prosecutors was expected by the end of June. But on June 30 the companies received an extension to Oct. 30. At that time, BHP sent $250 million in financial support to Samarco to help with remediation.

BHP has said it is “unlikely” Samarco will restart in 2017, because of regulatory approvals and licenses that need to be obtained, and a restructuring of Samarco’s US$3-billion debt.