Framework for agreement signed but more negotiations to come
By Elle Crosby
August 30, 2017 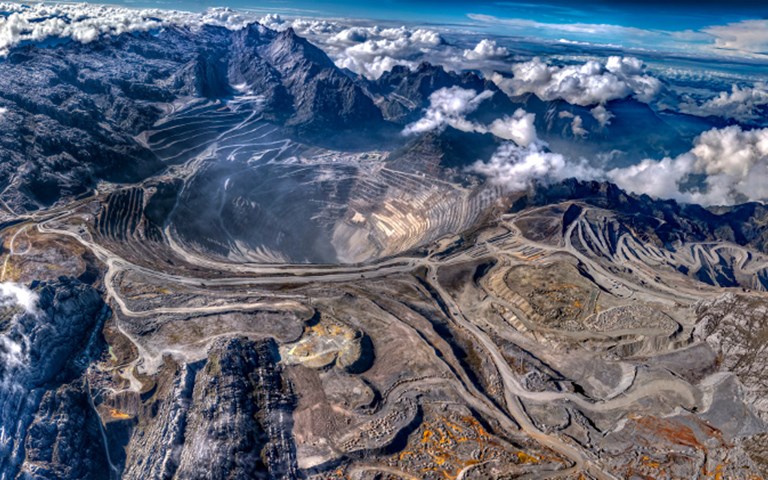 Freeport's Grasberg mine is one of the largest gold and copper mines in the world, and the Indonesian government will soon own a majority stake in it. Courtesy of Freeport-McMoRan

Freeport-McMoRan’s Indonesian subsidiary PT Freeport Indonesia will divest a majority of its shares in the Grasberg mine, one of the world’s top-producing gold and copper mines, to the Indonesian government, the company announced on August 29.

Indonesia, like Bolivia and Argentina among others, is taking steps to retain more of the wealth being derived from its natural resources. In January, it passed new legislation that requires foreign mining companies operating in the country to sell 51 per cent of their shares to the government and commit to building local smelters for the minerals they mine within five years.

The Phoenix-based company, which has been operating Grasberg since 1972, did not comply immediately but has now reached a “framework for agreement” with the government.

According to the framework, Freeport will operate under a special licence (IUPK) rather than a contract of work (COW), as per the legislation; however, Freeport will retain the same legal and fiscal certainty it had under the COW. The IUPK will also grant Freeport long-term operating rights through 2041, thereby providing the company with the stability necessary to invest an estimated US$5 billion over the next five years in the transition from an open pit to an underground block caving.

The framework appears to give both parties what they want – majority shares and a smelter for the government and fiscal and legal certainty as well as long-term production for Freeport – but still more work lies ahead as the “fair market value” of 51 per cent of the mine and precisely when the transaction will take place are still not settled.

Representatives from Freeport declined to comment on the framework for the agreement, but Freeport president and CEO Richard Adkerson said in a press release that they are “committed to completing the documentation [of the agreement] as soon as possible during 2017.”

When the new legislation was originally passed, Freeport did not comply because it had not received an investment stability agreement from the government. The country responded by retracting the company’s export permit for copper. Without this permit, Freeport had to partially shut down the mine for 15 weeks.

Grasberg re-opened in April when Freeport and the Indonesian government signed a temporary agreement permitting Freeport to export unrefined copper. Citing issues stemming from the export ban, the company laid off ten per cent of its workforce in May, leading to months of protests by workers, which are ongoing and have turned violent at times.

An estimated 5,000 workers from the mine are striking, many of whom have been fired due to absenteeism. A Freeport spokesperson stated in June that the operation had about 25,000 employees and contractors reporting for work at that time, according to a Reuters report.