Increasing state revenue from mining operations and generating foreign investment among the changes to legislation around the world this year
By Robert Hiltz
December 19, 2018 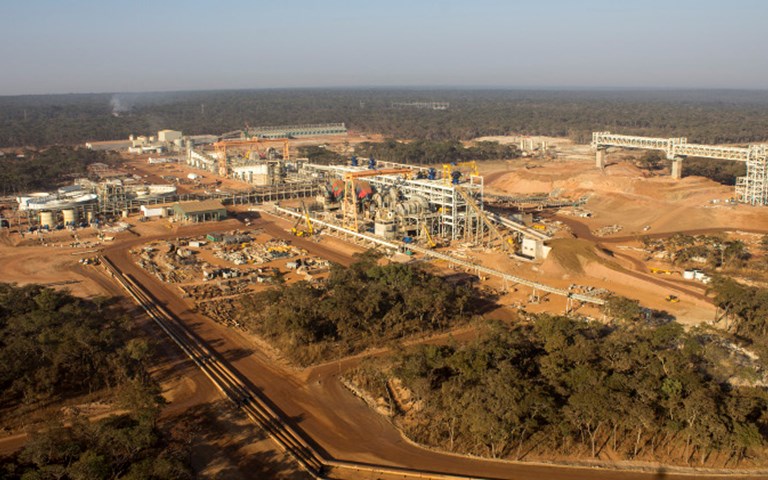 Making countries more attractive to foreign investment, minority and Indigenous rights, and rebalancing the revenue scales between companies and countries factored prominently in mining legislation changes around the world in 2018. Below is a look at some of the regulation changes that affected miners this year.

The Democratic Republic of Congo signed a new mining code into law in June that raised royalty rates on copper to three per cent, up from 2.5 per cent, and on gold to 3.5 per cent, up from 2.5 per cent. Most significantly, the country declared cobalt a “strategic” mineral and tripled the royalty on it to 10 per cent, up from 3.5 per cent previously. The code was signed into law after removing a clause that would have given projects a 10-year exemption period, and instead came into force immediately. Quentin Markin, co-head of legal firm Stikeman Elliott’s mining division, said the lack of a phase-in period makes things difficult for miners operating in the country. “The…changes had been in discussion and contemplated for a number of years, and there had been consultation. But then in the course of this year, the government went ahead with the changes relatively quickly and without much further discussion with the industry,” Markin said. “It’s difficult to operate your business in an environment where you don’t have stability and predictability.”

In an effort to tackle its climbing debt load, Zambia’s government proposed raising royalty rates on extracted minerals. The country will raise the sliding scale of royalties by 1.5 percentage points. The scale currently is set for between four and six per cent. In addition, the copper royalty will increase to 10 per cent if the price of the base metal rises above US$7,500 per tonne. Clive Newall, the CEO of First Quantum Minerals, said his firm was not consulted before the changes. “We were disappointed but not surprised as the Zambian economy is in a parlous state and the [Government of the Republic of Zambia] always looks to the mining industry as a source of funds without consideration to the impact on long-term investment,” Newall said. “Sadly, the measures being introduced now cement Zambia’s position as an extreme outlier in its mining tax code. Nowhere globally is the mining tax regime more punitive and disincentivizing.” First Quantum, which the Zambian government hit with a roughly US$8-billion tax bill earlier this year, operates a mine and smelter within the country. Newall said the company will continue to lobby the government through the Chamber of Mines, alongside other mining companies in Zambia.

The changes to South Africa’s mining charter are still under consultation. The government released a draft in September, which proposed changes including increasing the percentage of black ownership for new companies to 30 per cent while maintaining it at 26 per cent for existing companies; not requiring companies that at one time qualified under the ownership rules to requalify if their black ownership drops; and eliminating a dividend requirement from previous drafts circulated by the previous government. Markin said he expects the announcement on the final changes to the charter next year, likely at the country’s annual Indaba mining conference in February.

Zimbabwe relaxed its state-ownership laws this year, as the country’s new president Emmerson Mnangagwa looked to attract more foreign investment to his country. Previously, state-owned companies had to hold a majority of shares in any mining operation in the country. That was relaxed for everything but platinum and diamond mines, which still must have 51 per cent state ownership. Mnangagwa’s re-election after being appointed to replace deposed president Robert Mugabe means further relaxation of mining rules will likely take place.

Ghana announced this year it would review its mining code, in an effort to bring in more revenue. Vice-president Mahamudu Bawumia said despite owning 10 per cent of most of the country’s mines, Ghana had earned almost nothing in dividends since 2012, prompting the review. Ghana is one of the countries practicing so-called resource nationalism. “I think that the model is something that we’re seeing quiet frequently replicated in West Africa, where the ownership level is [set] between 10 and 20 per cent,” said John Wilkin, a Blakes law firm partner who focuses on mining. Wilkin said many West African jurisdictions require companies to have local representation, as part of a long-running pattern of nations looking to rebalance their relationship with international mining firms.

Related: B2Gold’s Fekola operation in Mali is the latest achievement in the company’s hands-on approach to mine construction

The government of Tanzania made a sudden change this year when it passed regulations in January forcing mining companies to do business through local Tanzanian-owned banks and insurance companies, and hire Tanzanian lawyers. The rules also stipulate Tanzanians must have a five per cent equity stake in mining companies. Markin said the sudden changes, without consultation with industry, may have negative consequences for the country’s mining sector. “The requirements that are coming into force there are so much more onerous than [those of] the current regime that people simply won’t invest,” Markin said. “You may in effect see divestiture of the jurisdiction.”

In Mali, a new government came to power in September, as the country undergoes a review of its mining code. The changes have not yet been finalized or announced, but the country has been mulling over the elimination of a 30-year exemption that protects companies with projects in the country from changes to the fiscal framework, along with other changes. The government has said it may reduce that exemption to the lifespan of a mine.

In October, Namibia got rid of its rules requiring companies applying for exploration licences to have black ownership and management, in contrast to much of West Africa. The country had introduced the rules in 2015 to set aside five per cent of the country’s exploration licences for individual Namibians or companies wholly owned by Namibians, as well as require 20 per cent of the management of exploration companies to “historically disadvantaged” citizens. Namibia scrapped the rules to encourage investment in new development projects.

Egypt’s government has promised to release an update to its mining code. In recent years, the country has been looking to increase foreign investment in the mining sector. Wilkin said that for the changes to attract that investment, a transparent and clear set of regulations with strong anti-corruption protections are necessary. The updated code should be “transparent, enforceable, and benchmarked against international standards,” Wilkin said.

This year, Spain reached a deal with its coal mining sector to stop the extraction of the resource all together. The 10 pits in the country will be closed by 2019, with more than 1,000 miners being offered early retirement, or retraining in the green energy sector. The Spanish government made the move as part of its wide-reaching environmental protection agenda. Anne Drost, another mining lawyer at Blakes who also focuses on environmental issues, said she expects climate change to be a major issue in the extractive industry over the next decade. “I think that the whole issue of stranded assets, once companies start digging into their risk analysis, is going to be something we see more of,” Drost said.

Peru’s mining minister said in September the government was considering making tax refunds for mining companies permanent. The refund covers the country’s 18 per cent value-added tax and has been in place for nearly 20 years, but currently must be renewed yearly. As the country goes through a sustained investment boom, the minister said his government hopes to give added stability by making the refund a permanent part of the tax code.

In Canada, the federal government introduced legislation in February to create a new federal agency for evaluating resource and energy projects, and replace the National Energy Board with a new regulator. If Bill C-69, currently being reviewed by the senate, is passed, project reviews will expand to encompass environmental, health, social and economic impacts, the effects on Indigenous Peoples and a gender-based analysis. The Canadian Energy Regulator, the NEB’s replacement, will lose environmental assessment responsibilities but maintain control over the regulation of pipelines and the traffic and tariffs associated with sending oil and gas through them.

The federal government also started a watchdog organization to investigate human-rights abuse claims against Canadian companies operating overseas. The Canadian Ombudsperson for Responsible Enterprise (CORE) will be able to start its own investigations and make public reports. (Co-operating with CORE’s predecessor was voluntary.) Markin said it was too early to say how effective the new organization is. “We’re still in the infancy,” he said. “We haven’t seen the impact and I think that’s largely a function of it still getting up and running.”