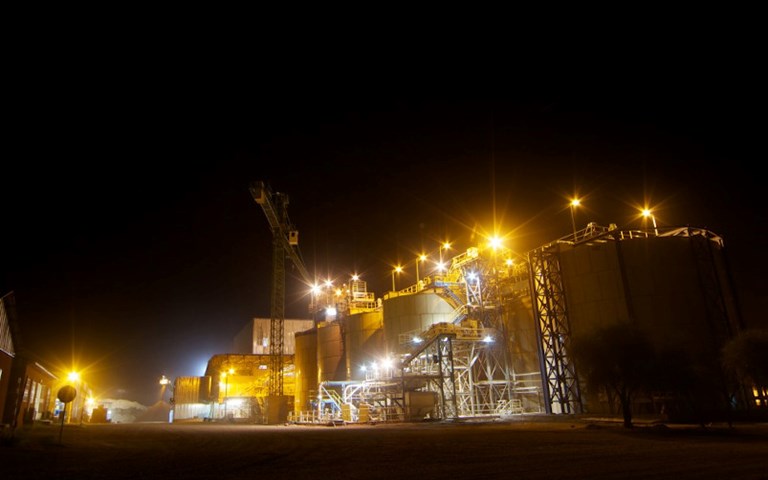 Endeavours Mana mine will be one of the combined company's six operating mines in West Africa. Courtesy of Endeavour Mining.

Endeavour Mining and Teranga Gold announced on Nov. 16 that they have entered into a definitive agreement in which Endeavour will acquire all of Teranga’s shares to form a new top-10 worldwide gold producer.

According to the agreement, Endeavour will offer 0.47 of its own shares in exchange for each Teranga share, a 5.1 per cent premium to the company’s closing share price on Nov. 13 at a value of $2.44 billion. Endeavour and Teranga shareholders will own about 66 per cent and 34 per cent, respectively, of the new company. Private gold investment company La Macha, which currently owns 24 per cent of Endeavour, will invest US$200 million and own 19 per cent of Endeavour’s stake in the new company.

“By combining our complementary assets, we will enhance our strategic position on West Africa’s highly prospective Birimian Greenstone Belt and we will have the ability to deliver material synergies,” said Endeavour president and CEO Sébastien de Montessus. “The combined entity will become a new senior gold producer and enjoy an improved capital markets profile, underpinned by a healthy balance sheet and strong cash flow capabilities to support a sustainable dividend.”

Related: Monarch will spinout some of its assets to a new company before its friendly takeover by Yamana

The newly formed company will produce about 1.5 million ounces of gold per year and have a projected market capitalization of $7.6 billion. The agreement follows Endeavour’s US$1 billion July 2020 acquisition of SEMAFO, and is in line with the company’s focus on replacing high-cost mines with projects that produce more gold and operate longer.

The new company will combine Teranga’s Wahgnion mine in Burkina Faso and Sabodala-Massawa mine in Senegal with Endeavour’s four operational mines in Burkina Faso as well as its Agbaou and Ity mines in Côte d’Ivoire. The company will also have six development projects, including the Golden Hill and Nabanga projects in Burkina Faso, and will own the largest exploration portfolio in the West African Birimian Greenstone Belt.

The major shareholders of both Endeavour and Teranga support the agreement, which is currently pending shareholder, court and regulatory approvals. The companies expect to finalize the merger in the first quarter of 2021.