Teck's new agreement with Ridley Terminals has the potential to triple its coal rail shipments. Courtesy of Teck Resources.

Welcome back to your weekly mining news recap, where we catch you up on some of the news you may have missed. This week’s headlines include the Canadian Mining Hall of Fame inducting four new members, Teck expanding its rail shipments and exploration in British Columbia on the upswing.

In 2018 exploration spending reached $360 million in British Columbia, compared to $231.5 million in 2016, and it is expected that, thanks to the run up in silver and gold prices in late 2019, numbers will be even higher once the accounting is done. With the province’s influx of new faces, companies and funding comes a feeling of optimism about the future of the industry.

Synthetic rope may not be new, but it is new to the mining industry. CanmetMINING Natural Resources Canada has been testing synthetic fibre rope for its possible use by mining companies. The rope is lighter, easier to maintain and handle than traditional steel rope, and  may unlock new potential for the industry as mines continue to go deeper than ever before.

This week the Canadian Mining Hall of Fame (CMHF) added four individuals to its ranks. Jerry Asp, Alex G. Balogh, the late Hans T.F. Lundberg, and Eberhard (Ebe) Scherkus are the newest CMHF members and represent the diversity of Canadian mining with their unique backgrounds. Members are selected to the CMHF by the Board of Directors and are chosen for their leadership and achievements in and contributions to the industry.

Anglo American announced that it is in advanced discussions about a possible takeover of Sirius Minerals for approximately £386 million ($659 million). The offer is focused on Sirius’ Woodsmith potash mine project in the U.K., which the company says is the largest known high-grade polyhalite deposit in the world.

Canadian miner Harte Gold announced this week that it surpassed its revised estimates for the fourth quarter and set a significantly higher production guidance for 2020. The company’s preliminary figures indicate that its Sugar Zone mine near White River, Ontario, attained gold production of 8,017 ounces for the quarter and a total of 27,316 ounces for the year, and surpassed estimates it had revised in November. As a result, Harte Gold announced its 2020 guidance at a range of 42,000 to 48,000 ounces of gold, an increase of 54 per cent to 76 per cent over its 2019 production.

A few months shy of its centennial in May 2020, the company most recently known as Newmont Goldcorp and before that Newmont Mining Corporation is starting the year with a new handle and a fresh look. Newmont announced that it is rebranding after 100 years of operation, changing its name to Newmont Corporation and updating its logo to “reflect its modern business while maintaining its core values.”

Delivering on a June 2019 commitment, Canada and the U.S. announced this week the finalization of the Joint Action Plan on Critical Minerals Collaboration. Natural Resources Canada announced that the plan is intended to secure supply chains for the critical minerals – like uranium and rare earth elements – necessary to maintain manufacturing sectors such as aerospace and defence and clean technology. Natural Resources maintains that this collaboration should spur job creation and attract investment to Canadian exploration and mining projects.

Australian company Champion Iron Limited announced plans to re-domicile to Canada, a move that it says will increase the company’s attractiveness to “more diverse financial markets” and to “Canadian institutional investors.” The re-domicile will leave the company’s operations, management, and operations unchanged, and CEO David Cataford says that the company will maintain connections with its early investors in Australia. The company’s flagship asset, Bloom Lake, is located in Quebec.

Generation Mining has announced the results of its Preliminary Economic Assessment (PEA) for its Marathon Palladium project in northern Ontario. According to the PEA, the Marathon project would be an open-pit mine and have an average yearly output of 194,000 ounces of palladium over its 14-year life and a net present value of $871 million at a five per cent discount rate.

Weekly news recaps are back following the holiday season, and CIM Magazine wishes you a happy 2020! If you’ve got feedback, you can always reach us at editor@cim.org. If you’ve got something to add, why not join the conversation at our Facebook, Twitter or LinkedIn pages? Do you like your recap with a serving of gifs? Follow our Instagram feed. 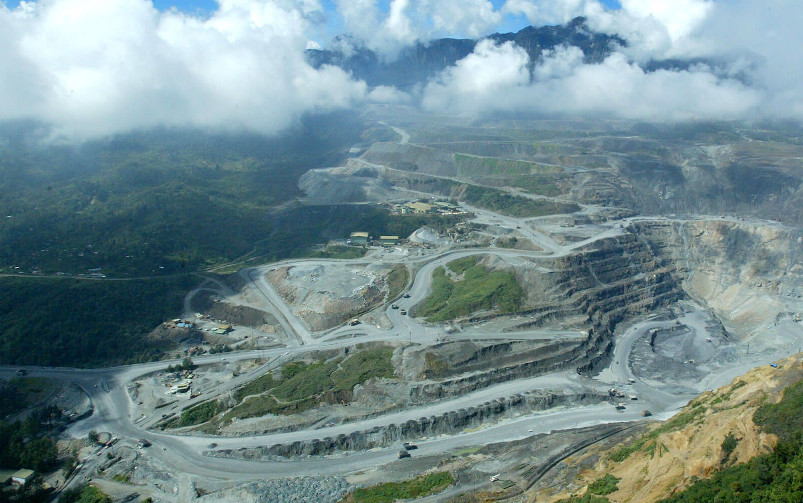 Exploration resumes, carbon commitments and CIM Academy is in session

The CIM Magazine Weekly Mining News Recap for May 29