The CIM Magazine Weekly Mining News Recap for May 15
By Tijana Mitrovic
May 15, 2020 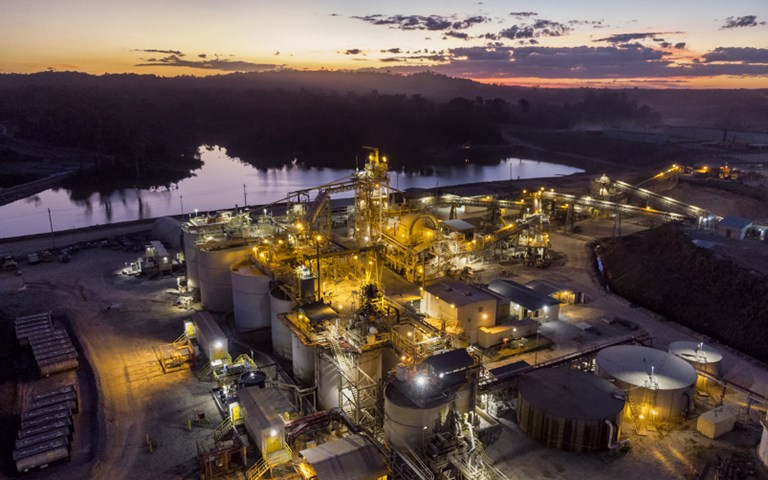 Welcome back to your weekly mining news recap, where we catch you up on some of the news you may have missed. This week’s headlines include Rio Tinto introducing COVID-19 testing at Diavik diamond mine, Mexico adding mining to its list of essential activities and SSR Mining and Alacer Gold agreeing to merge.

Originally scheduled to be held from Sept. 28 to Sept. 30, MINExpo has been postponed to September 2021 as a result of the continued COVID-19 pandemic. Mining conventions like MINExpo have been near impossible to hold during the pandemic due to public health and safety measures like physical distancing, travel restrictions and the ongoing border shutdown between Canada and the United States. According to the announcement, exhibitors will have their spaces in the floorplan carried over to 2021 and attendees will have their registration and tickets refunded.

The EY Canadian Mining Eye index, a quarterly outlook that analyzes how publicly traded Canadian mining companies and the overall sector are performing, declined by 29 per cent in the first quarter of 2020 compared to the previous quarter. EY stated that the decrease was a result of companies suspending or shutting down operations in response to the COVID-19 pandemic, which has greatly affected the supply of minerals and metals. The index also registered a 6 per cent increase in gold prices while base metals such as nickel, copper and zinc all declined by 17 to 20 per cent.

Cameco will begin resuming production at its Port Hope UF6 plant and Blind River refinery next week following a four-week shutdown. After measures to curb the spread of COVID-19 threatened the continuous production process at the UF6 plant, the company suspended activities at the plant and the refinery, where the majority of uranium trioxide (UO3) it produces is used at the plant. The company cited stabilization of its workforce as the reason for reopening the facilities, and will continue to monitor the situation.

Mexico has added mining to its list of essential activities and will allow mining companies in certain municipalities to resume operations following a six-week shutdown in response to the COVID-19 pandemic. The government announced this week that businesses will be allowed to resume activities in municipalities with little to no transmission of the virus starting on May 18, while businesses throughout the rest of the country will be allowed to reopen on June 1. Mining companies such as Newmont, Alamos Gold and Great Panther will begin taking their mines out of care and maintenance and resuming operations starting next week.

Rio Tinto has introduced on-site COVID-19 testing at its Diavik diamond mine in the Northwest Territories, as reported by CBC. The company announced that all mine workers will be tested when they arrive and before they leave Diavik as a precaution and has stated it will conduct secondary tests and contact tracing if a test comes back positive. The measure is in accordance with new public health and safety rules set by the territorial government to limit the spread of the virus, which include screening workers before shifts and monitoring for symptoms for 14 days before travelling to mine sites.

SSR Mining and Alacer Gold Corp have agreed to a $2.4 billion merger, which will see it control operations in four different jurisdictions across North America, South America and Asia. The merged company has an estimated market capitalization of US$4 billion and is expected to produce 780,000 ounces of gold over the next three years at an all-in sustaining cost of US$900 per ounce. The merged company will proceed under the SSR Mining name and will have five directors from each company on its new board.

The Supreme Court of Canada has dismissed Taseko Mines’ appeal on its New Prosperity mine project in British Columbia, as reported by The Williams Lake Tribune. The mine project was first rejected by the federal government in February 2014 and most recently in December 2019 by the Federal Court of Appeals. The dismissal is the culmination of a series of court battles between Taseko and the Tsilhqot’in Nation, who have refused to give consent to the project as it would significantly impact its cultural heritage, rights and traditional practices on the land.

Guyana Goldfields announced that its board of directors has rejected Gran Colombia’s unsolicited acquisition proposal and restated its commitment to its deal with Silvercorp. Guyana’s board of directors stated that, while the Gran Colombia proposal is a premium to the Silvercorp proposal, its risks, such as many conditions for approval, outweighed the premium. The board confirmed its unanimous support for Silvercorp’s proposed acquisition, a deal valued at $0.60 per share for a total of $150 million, which will be voted on at a shareholder meeting in late June.

United States Senator Ted Cruz has introduced legislation to support the country’s rare earths sector and encourage new development, as reported by Reuters. If approved, the legislation would give tax breaks for mining companies building mines, processing facilities and purchasing equipment for rare earths minerals. The legislation furthers the United States’ commitment to diversifying the rare earths supply chain, and follows the Joint Action Plan on Critical Minerals Collaboration between Canada and the United States that was finalized in January.

Companies continue to release quarterly results and we’ve rounded up some of the highlights.

Osisko Gold Royalties released its 2020 first quarter results and reported $23.8 million in cash flow from operating activities and a $26.3 million impairment from its Renard diamond stream.

Endeavour recorded gold production of 172,000 ounces in its 2020 first quarter report, which is in line with the company’s annual guidance, and adjusted net earnings of $34 million, a $39 million increase from last year’s first quarter.

SSR Mining recorded production of 107,331 ounces of gold-equivalent ounces and reported a net income of US$24 million for the 2020 first quarter.

Hudbay Minerals released its 2020 first quarter report and recorded copper production of 24,635 tonnes, a 24 per cent decrease over the previous quarter, as well as a net loss of US$76 million as a result of lower base metal prices as well as the temporary suspension and lowered grades at its Constancia mine.

In last week's recap, we reported that Barrick had produced 1.25 billion ounces of gold in the first quarter when it should have read 1.25 million ounces. We apologize for the error.