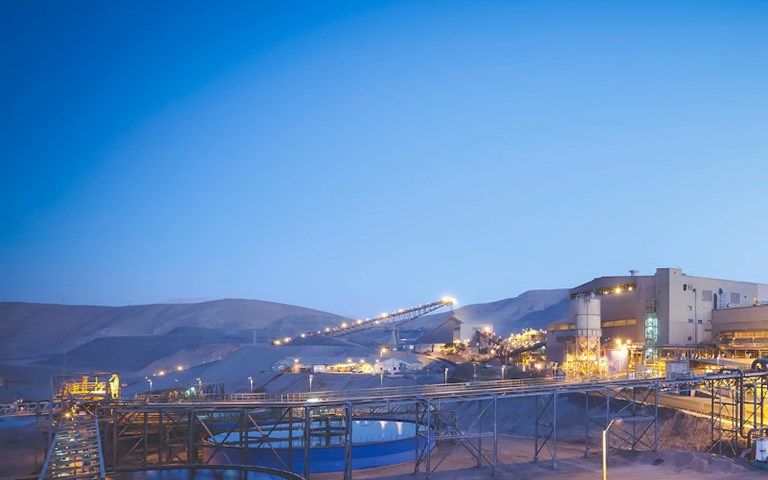 At Lundin Mining's Candelaria mine in Chile, 350 union workers went on strike this week after contract negotiations failed. Courtesy of Minera Candelaria.

Welcome back to your weekly mining news recap, where we catch you up on some of the news you may have missed. This week’s headlines include three mines in northern Quebec building on-site COVID-19 laboratories, union workers going on strike at Lundin Mining’s Candelaria operations in Chile and a 102-carat Canadian diamond selling for a record price.

Recent tailings dam failures in Canada and beyond have raised a number of questions about these facilities. We at CIM Magazine were curious to know how many tailings storage facilities (TSFs) there are in this country. The result is an interactive, geographic database with the locations of nearly 500 known TSFs across Canada, the most comprehensive accounting of these facilities in Canada thus far. Gathered from industry releases and publicly available documents, with information on their potential risk to humans and the environment, the map covers active, inactive, abandoned and oilsands tailings.

The combined value of the world’s top 50 mining companies surpassed US$1 trillion for the first time at the end of September, as reported by Mining.com. According to the ranking, the top 50 companies increased their market capitalization by US$80.2 billion in this year’s third quarter and have rebounded by nearly US$330 billion since the COVID-19 pandemic-inspired market sell off in the spring. Canadian companies made up 12 of the top 50 companies. Primary gold producers and precious metals royalty companies accounted for more than a third of the value of the top 50.

Three mining operations in the Cree territory of northern Quebec have built on-site COVID-19 laboratories to test workers, as reported by CBC. The new laboratories at Osisko Mining’s Windfall exploration site, Stornoway Diamond’s Renard mine and Newmont’s Éléonore mine will test workers for COVID-19 and exempt them from two-week self-isolation periods between shifts as required by the Cree Nation Government. Workers at the three mines will now be able to rejoin their families and communities as companies say the testing labs will keep workers and nearby communities safer from COVID-19.

Osisko Gold Royalties has initiated a reverse takeover of  Barolo Ventures to create Osisko Development, a new mine development company valued at $116 million. Under the agreement, Osisko Royalties will transfer several of its mining properties in Canada and Mexico, including its Cariboo Gold project, as well as a securities portfolio worth $116 million to Barolo in exchange for the company’s common shares. According to the company, the creation of Osisko Development will help streamline its responsibilities while retaining royalty interests in new mine projects.

Kirkland Lake Gold increased its ownership stake in Wallbridge Mining to 9.9 per cent, acquiring 20 million shares in the company in a public offering, as reported by Timmins Today. Wallbridge sold 55.5 million of its common shares to raise $63.8 million to put towards developing its Fenelon gold project in Quebec’s Abitibi region, where the company is currently exploration drilling.

Lundin Mining has reported that 350 union workers at its Candelaria operations in Chile have gone on strike after collective bargaining negotiations failed to reach an agreement. The previous collective agreement expired on Sept. 30, and according to the company, efforts to reach a new agreement failed despite the company making multiple offers to the union. The company will also begin negotiations with another union representing 550 workers at Candelaria later this month, and has said it does not expect the strike to cause a material impact at the mine.

A 102-carat Canadian diamond has sold for a record US$15.7 million at an online auction, as reported by CBC. The diamond, discovered in De Beers’ now-closed Victor mine in northern Ontario in 2018, is both very high quality and enormous - roughly the size and shape of an egg. The Japanese buyer has named the diamond the Maiko Star after his second daughter, for whom he bought it.