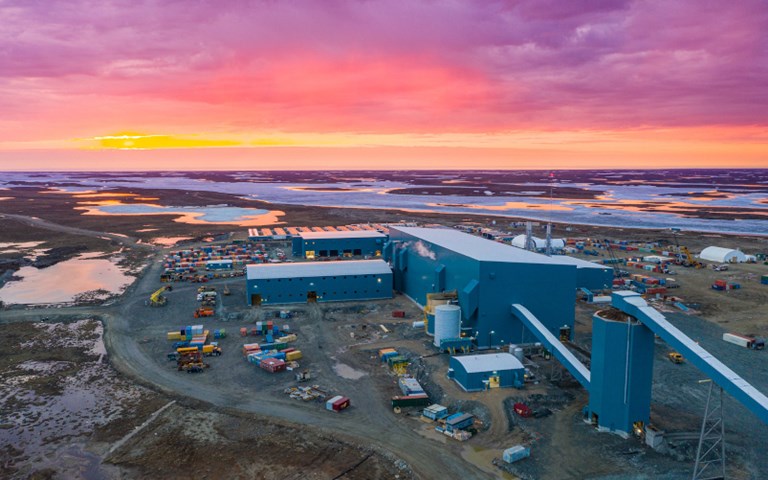 Welcome back to your weekly mining news recap, where we catch you up on some of the news you may have missed. This week’s headlines include PDAC 2021 being held virtually, Teck restarting Fort Hills second train and B2Gold commissioning its Fekola mine mill expansion ahead of schedule.

Jean-Sébastien Jacques is stepping down from his position as CEO of Rio Tinto following widespread criticism of the company’s destruction of two ancient Aboriginal caves in Pilbara, West Australia, this May, as reported by BBC News. Jacques will remain as CEO until March or until a successor is appointed, and several other senior executives are also stepping down from their positions. According to the company, a number of significant stakeholders expressed concerns about executive accountability for failing to prevent destruction of the Aboriginal heritage sites, as outlined by the company’s submission to the Australian Parliamentary Inquiry in August.

PDAC has announced that its 2021 annual convention will be held entirely online as a result of the ongoing COVID-19 pandemic. PDAC president Felix Lee stated that the decision to go virtual was made due to considerations about the health and safety of attendees, as well as the prospect of reaching more international attendees who would otherwise not be able to attend the conference in person. The association stated that details regarding lineup and registration will be confirmed in the coming weeks.

O3 Mining has released the results of the preliminary economic assessment for its Marban gold project in Val-d’Or, Quebec. According to the results, Marban would produce more than 130,000 ounces of gold per year over the first 12 years of its 15.2-year mine life, with a peak production of more than 161,000 ounces of gold in its ninth year. The project is estimated to have an after-tax net present value of $423 million, an all-in sustaining cost of US$822 per ounce of gold and an initial capital cost of $256 million.

B2Gold has successfully commissioned the mill expansion at its Fekola mine in Mali one month ahead of schedule. The company confirmed that a performance test of the newly expanded mill, which will increase the mine’s production to 7.5 million tonnes of ore per year, exceeded expected results in throughput, gold recovery, grind and availability. The company also confirmed that it was maintaining its annual production guidance for the year of an estimated one to 1.5 million ounces of gold and an all-in sustaining cost between US$780 and US$820 per ounce of gold.

Natural Resources Canada and the Quebec government will invest a combined $16.95 million in Elkem Métal Canada. The company will use the funding to manufacture biocarbon briquettes, a renewable alternative energy that it plans to use at its Chicoutimi plant instead of metallurgical coal. The project is expected to enhance the value of forest biomass, provide an opportunity to reduce biomass waste and reduce greenhouse gas emissions by up to 100 kilotonnes of CO2 per year.

Mining companies are adapting their employee training processes to adapt to physical distancing and other health and safety practices due to the ongoing COVID-19 pandemic. Skills training companies are helping miners adapt their employee training procedures, with new technologies such as online training portals and webinars, as well as virtual and augmented reality tools. While reduced class sizes and physical barriers between students and instructors may not stay beyond the pandemic, these new technologies will still be part of the future of skills training in mining.

The Nunavut Impact Review Board is beginning its technical review of Agnico Eagle’s proposed Meliadine mine pipeline, as reported by Nunatsiaq News. The announcement follows the company’s revised response on the potential impacts of the proposed pipeline after the board determined its initial response was insufficient. The technical review will investigate the project’s potential impact and address project uncertainties such as a proposed effluent discharge rate alternative and the treatment of an increased volume of saline effluent.

NASA is soliciting bids from companies to travel to the moon in order to collect soil or rock samples without returning them to earth, as reported by Bloomberg News. The agency is seeking to set a legal precedent for mining on the moon in the hopes that it will one day be able to collect ice, helium and other materials on the moon or elsewhere in space. NASA plans to pay between US$15,000 and US$25,000 per contract, in which the contractor will collect up to 500 grams of lunar material, photograph it, document its location and transfer its ownership to the agency.