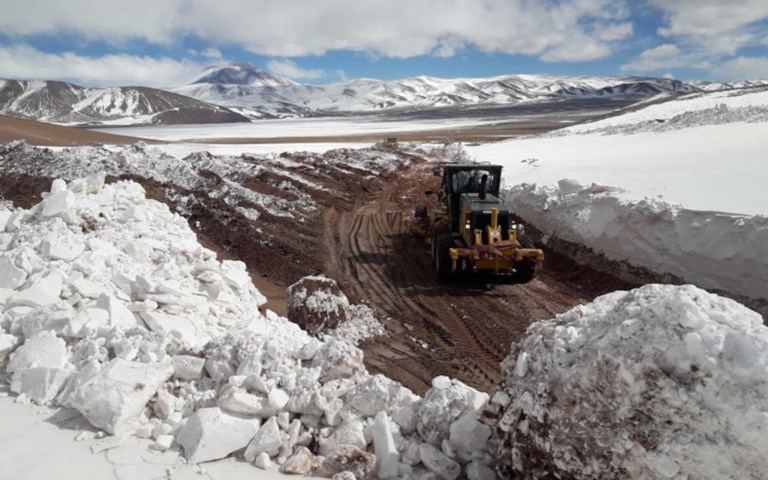 Neo Lithium has been focused on advancing its 3Q lithium brine project in Argentina. Courtesy of Neo Lithium.

Welcome back to your weekly mining news recap, where we catch you up on some of the news you may have missed. This week’s headlines include analyzing froth-flotation management, Komoa-Kakula proceeding ahead of schedule and cleaner steel production.

Turquoise Hill Resources says it needs an extra US$1.2 billion for the underground development of its Mongolian Oyu Tolgoi copper mine, on top of the US$2.4 billion figure estimated last July, as reported by Mining.com. Total estimated costs for the project have increased to near $8 billion. Rio Tinto, the mine’s operator, has also released its third-quarter production results, reporting that the first sustainable production of Oyu Tolgoi has been push back from October 2022 to January 2023.

The latest pre-feasibility study for Newcrest Mining’s joint venture in British Columbia, Red Chris, shows its potential to become a tier-one leading gold-copper resource. The study estimated a 31-year mine life for Red Chris, with a proven and probable ore reserve estimate of 8.1 million ounces of gold and 2.2 million tonnes of copper from 480 million tonnes graded at 0.52 grams per tonne gold and 0.45 per cent copper. The study is the first since Newcrest acquired its 70-per cent stake in the mine in August 2019 from its joint venture partner, Imperial Metals.

Ivanhoe Mines announced that construction on its Kamoa-Kakula phase two concentrator plant intended to double copper production to 400,000 tonnes a year is proceeding ahead of schedule. The Kamoa-Kakula project is a joint venture between Ivanhoe, Zijin Mining and the government of the Democratic Republic of Congo. Ivanhoe Mines expects to deliver its first ore from the expansion by the second quarter of 2022, and also achieved a one-day production record of 721 tonnes of copper concentrate in early October thanks to the commissioning of a second filter press on the existing circuit.

Hudbay is tackling processing-plant efficiency by analyzing froth-flotation management. When the Constancia mine concentrator plant was scheduled to shut down for maintenance, Hudbay and Metso Outotec had the opportunity to advance their knowledge of froth-flotation management by comparing traditional radial launders with centre launders on identical processing lines. The results have inspired the miner to explore outfitting the remaining rougher cells with the centre-launder technology.

Rebecca Payant, metallurgy superintendent at St Barbara Limited’s Atlantic operations, explains how Touquoy’s cyanide optimization and control philosophy saved it $3 million a year. After realizing that the amount of cyanide needed for its carbon-in-leach circuit was far lower than estimated, a reduction in reagent consumption helped attain in all-in-sustaining cost of $725 per ounce in 2018. Payant said that cutting down on cyanide usage has also contributed to a lesser environmental impact.

Mining giant Rio Tinto is using a new method of low-carbon steel production as a cost-effective option to cut industry carbon emissions. The company has developed new technology using raw, sustainable biomass with microwave technology to convert iron ore to metallic iron during the steelmaking process and is now testing it in a small-scale pilot plant. The process uses biomass instead of coal as a chemical reductant.

Zijin Mining announced it has entered into a definitive agreement to acquire Canada's Neo Lithium at $6.50 per share, or approximately $960 million. Neo Lithium has been focused on advancing its 3Q lithium brine project in Argentina. The company's president and CEO, Waldo A. Perez, stated that "Zijin has a track record of developing assets in a responsible manner respecting the interests of local employees, communities and authorities."

The Nechako River First Nations hopes to restore river flows to the Nechako without shutting down Rio Tinto’s aluminum smelter in Kitimat, as reported by Mining.com. In the spring of 2022, the Supreme Court of British Columbia will rule on the suit brought by multiple First Nations around their concerns about the river’s health and the impact of the dam that provides power to the smelter has on wild salmon and sturgeon in the area.