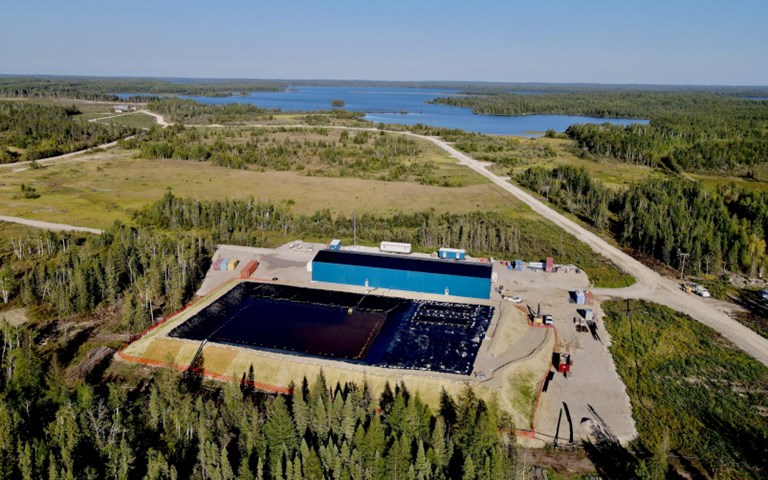 Equinox acquired its stake in the Greenstone gold project after taking over Premier Gold Mines in early 2021. Courtesy of Equinox Gold.

Welcome back to your weekly mining news recap, where we catch you up on some of the news you may have missed. This week’s headlines include groundbreaking at Greenstone, global magnesium shortage and surging nickel prices.

The months-long battle between BHP and Wyloo Metals for Noront Resources has been heating up. On Oct. 19, Noront Resources was set to accept a $0.70 per Noront share offer from Wyloo Metals, when BHP increased its all-cash offer to Noront shareholders to C$0.75 per share, a 36 per cent premium over its previous offer of $0.55 and a seven per cent increase over Wyloo Metals' bid. Wyloo has until Nov. 9 to increase its offer before shareholders vote on whether to accept BHP’s bid.

This summer, Canada joined other United Nations member states in agreeing to codify UNDRIP into federal law, which requires governments to have meaningful consultations with Indigenous Peoples when performing resource extraction on their traditional lands. This declaration’s implementation is now the responsibility of the Canadian government, but exploration and mining companies will be the ones on the ground negotiating with Indigenous communities for approval of any new mining projects on their traditional lands.

After the Chinese government asked state-backed firms to ensure stable coal and power supply “regardless of costs,” many coal producers have vowed to cap prices this winter, as reported by CNBC. This year’s thermal coal prices saw a surge of 200 per cent due to a series of factors including flooding in coal mining regions, anti-corruption probes and safety inspections. Coal is China’s main source of fuel and output needs to increase in order to remedy its energy woes as it eases out of a power shortage.

The majority of greenfield mining projects are either late or over budget, according to Ian Pearce, former Xstrata Nickel CEO and non-executive director to both public and private companies in the energy, mining and metals sectors. Pearce identifies five essential requirements of delivering a successful project for your mining operation, including building a proven team and getting a full understanding of every phase of the project.

The European car industry is sounding the alarm about a looming global shortage of magnesium as reported by Mining.com. A lack of supplies from China, which is Europe’s primary source for magnesium, has resulted in the shortage of the mineral. Germany’s association of metals producers WVM has said this will threaten the production of a key component used to create aluminum sheet, and that the worst of this shortage is approaching.

The nickel price has surged to a seven-year high at US$9.53 a pound, its highest since 2014, as reported by the Sudbury Star. The rise is due in part to interruptions at Vale’s Sudbury operations. These include the recent incident at Totten mine that damaged a shaft and trapped 39 miners as well as a two-month strike by Steelworkers Local 6500 in Sudbury. This has cut Vale’s nickel output 22 per cent as compared to the same period last year.

Oil Sands Pathways, a collection of some of Alberta’s largest oil producers, has made a pledge to cut 97 per cent of its CO2 emissions with help from the government, to reach a goal of net-zero by 2050, as reported by the Financial Post. The pledge was praised by business leaders who hope it will put pressure on other international oil and resource producers to make similar commitments.

A new S&P Global Market Intelligence report predicts that the annual global exploration budget is expected to increase between five to 15 per cent year over year for 2022, as reported by Mining.com. According to the report’s data, this increase is caused by the downturn of the COVID-19 pandemic, and a quick recovery that has permitted exploration programs to reactivate.

Researchers from Columbia University and Xi’an Jiaotong University are developing a new technique for more efficient and less wasteful mineral separation, as reported by Scientific American. When using a bubbling fluidized bed for mineral separation, the air bubbles’ chaotic motion can reduce their efficiency. By mounting the chamber on a vibrating platform, the researchers found that they can push the bubbles into organized formations and keep them a uniform size, which could provide efficiency benefits.

Vancouver-based Equinox Gold’s Greenstone (formerly known as Hardrock) joint-venture project in Northwestern Ontario will begin breaking ground this month, as reported by the Chronicle Journal. The mine is expected to take two years to build, at a cost of $952 million, with an initial mine life of 14 years, with proven and probable mineral reserves of 5.5 million ounces of gold from 135 million tonnes grading at 1.27 per cent.