Some miners are turning to dedicated test sites to alleviate the risks that come from trialling new tech and processes
By Joel Barde
October 25, 2018 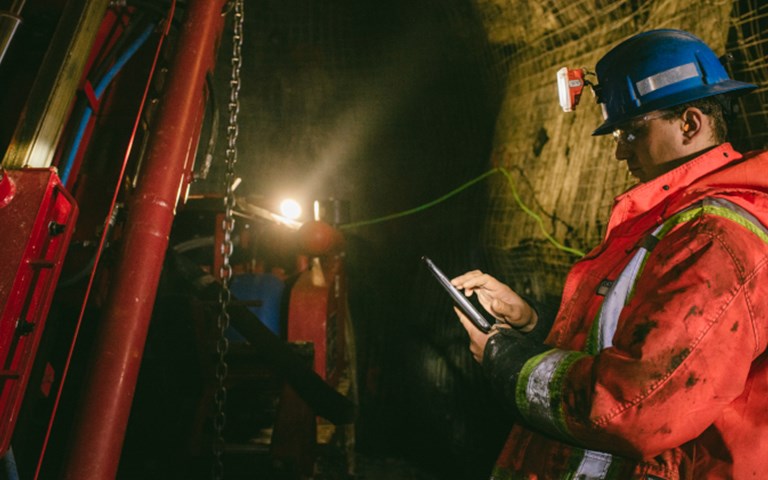 Before it committed to installing LTE throughout all of LaRonde, Agnico Eagle first tested it out in Zone 5, its dedicated test mine. Courtesy of Agnico Eagle

It can be challenging to roll out new digital initiatives at large-scale mining operations; there is the potential for major losses if things go wrong. Nevertheless, miners recognize that technological advances can dramatically increase productivity and earnings. Therefore, some companies are turning to test mines to explore new ideas.

Such mines take various shapes. Test mines can be highly-productive mines, marginal, cordoned-off sections of operating mines or dedicated third-party mines where production is not the priority. Whatever form they may take, test mines are seen as innovation centres for emerging technology to be rolled out, developed and even invented. Access to one can position a company to benefit from the digital revolution.

In 2016, Barrick Gold announced its “digital reinvention” in a joint partnership with Cisco, and decided to make one of its largest operations the testing ground for that work.

Rather than prove out new technology at one of its smaller properties, Barrick decided to use its Cortez gold mine, which is expected to produce about half of the two million ounces of gold at Barrick’s Nevada operations this year. The mine is now considered Barrick’s “flagship digital operation.”

“We felt that if digital technologies could add value to a mine that was performing exceptionally well, then they would make an even greater difference at mines that weren’t performing quite as well,” said Michelle Ash, Barrick’s chief innovation officer.

The company installed Wi-Fi in the mine, allowing it to develop a short interval control system that collects real-time data from all of Cortez’s moving parts and personnel.

“It allows supervisors to look across all of the tasks and make sure that they are being coordinated and scheduled in an optimal manner,” said Ash, adding that the system has subsequently been implemented at Turquoise Ridge, another Barrick gold mine in Nevada.

With a digital backbone in place at Cortez, Barrick is exploring equipment automation, including an autonomous open pit trial, introducing artificial intelligence, and using predictive algorithms to enhance the precision and speed of its gold recovery.

Vale innovates at Totten and the 114 orebody

After purchasing Inco in 2006, Vale realized that its newly acquired underground mines in the Sudbury region, many of which dated back to the 1960s, could use some updating.

According to Samantha Espley, Vale’s director of the Technology and Innovation Centre for Mining and Mineral Processing, the company knew it wanted to increase its technical capabilities and focused its efforts on Totten, which had been closed since 1972 and was reopened in 2014.

“We knew we had the opportunity to leverage new technology” and have it serve as Vale’s “first fully digital mine,” said Espley. Totten has since emerged as one of the company’s “core mines” and is used to both train employees on new technology and serve as a working model for other Vale operations in Sudbury that are making the digital transition. The plan, as Espley recalled, was very “deliberate” from the start.

Vale, she said, put in high-speed Ethernet networks and fibre optic cables, which were used to tie into new wireless technology. Now everything – from people to fixed and mobile equipment – is tagged and tracked, allowing personnel to monitor mining processes and guard against mistakes.

Moreover, the tracking generates reams of data about the mine’s operations that is used by cutting-edge analytical programs and artificial intelligence that employs machine learning to pinpoint ways that processes can be optimized.

Vale’s 114 orebody next to the Copper Cliff North mine also serves as a dedicated test mine. Because the near-surface deposit is relatively small and less integral to Vale’s overall operations, it lends itself well to experimentation.

In 2012, the company successfully installed a Rail-Veyor at the 114. Developed by Sudbury-based Rail-Veyor Technologies Global, the energy-efficient system is used to quickly haul ore from the mine to the surface. Lighter and easier to install than a traditional rail system, the Rail-Veyor is seen as a cost effective way to move material up and down the ramps in the mines.

Espley said she believes that with the right drive and focus, getting it right could translate into enormous gains for the company, especially if the mechanical cutter system could be linked up with the Rail-Veyor, creating a continuous mining system. Rather than a traditional process of setting up, drilling, blasting, and then mucking rock or ore, it would allow miners “to keep on cutting, cutting, cutting,” said Espley.

Espley said technology that was piloted at Totten – including the company’s wireless infrastructure, tagging and tracking, and ventilation control systems and mobile apps – are being, or have been, rolled out across Vale’s Canadian underground mines. An integrated planning and scheduling system with real-time updates is also being designed for roll-out. The company’s Voisey’s Bay underground mine, when it becomes operational, will have the same underground technology that is being used at Totten.

Related: To access the gold far below the surface at its Goldex mine without spending a mint, Agnico Eagle gave an innovative haulage system the opportunity to prove its worth

Earlier this year Agnico Eagle announced it was rolling out LTE-4G technology throughout LaRonde, the company’s flagship mine in northwestern Quebec.

But before it committed to installing it through the entire mine, Agnico started small in Zone 5, an easy-to-mine deposit near the surface that also functions as a dedicated test mine.

Christian Goulet, LaRonde’s general manager, said that because of LaRonde’s depth and the way the ore body extends away from the mine shaft, it is already a challenging operation to mine. Agnico did not want to “bring new risks” by testing out new technologies there, he said.

“We felt that it would be best to test [at Zone 5], and then, if it worked well, we could transfer it to LaRonde or our operations in Nunavut,” Goulet said.

With its LTE in place, Agnico is now looking to test out an automated loading and hauling solution. Working with Sandvik, the gold miner said that it will test two automated trucks and one scoop tram at Zone 5 in the fourth quarter.

Goulet said Agnico is hoping an automated scoop and trucking system will allow it to go even deeper at North America’s deepest mine, from 3.1 kilometres currently to 3.5 km below ground, adding multiple production levels through 2028.

Going so deep can be problematic from a labour productivity perspective, said Goulet, citing the increased time needed for workers to travel to and from such depths.

The company is therefore hoping that an automated system would also allow it to keep its productivity at the same level, even though production will be farther from the shaft.

“It could be an opportunity to stabilize productivity,” said Goulet. “We’re going to test it in Zone 5, and, once we master the technology, bringing it to LaRonde could be an option.”

Where do the mining tech companies go?

Major mining companies understand that innovation is key to long-term success, and in addition to developing their own technologies, they are keen to look to external technology companies for solutions. Yet historically, many mining tech companies have struggled to find actual mines to develop and showcase their products in.

That is where NORCAT’s Underground Centre comes in. “The Underground Centre is designed to provide startups, small-medium enterprises, and international companies a place to develop, test, and showcase innovative and emerging technologies in an operating mine environment,” said NORCAT CEO Don Duval.

For more than 20 years, the Underground Centre has provided a home for mining tech companies without the resources – and actual physical mines – to develop their products. Clients include Hard-Line, a supplier of heavy-duty mining controls and mining automation systems, which has a dedicated drift within the Centre, and Redline Communications, which has used it to demo its LTE solution for underground mining.

Duval said he believes having a third-party test mine not tied to one of the big miners is critical to fostering innovation in mining. “Very often mining companies will ask the mining tech companies ‘Where do you have your technology installed, and can I come see it?’” he said.

Global mining companies want to “look and touch and feel” emerging technologies before making an investment in them, said Duval. “We’ve quite proudly branded it as the global one-stop shop for all that is the future of mining.”