Mining myth-buster Charles Nyabeze wants the mining industry to tap into new skill setsCharles Nyabeze, vice-president of CEMI, says mining should look to innovation in other industries. Part of our We Are Mining series

Charles Nyabeze, vice-president of CEMI, says mining should look to innovation in other industries. Part of our We Are Mining series
By Renee Sylvestre-Williams
September 24, 2018 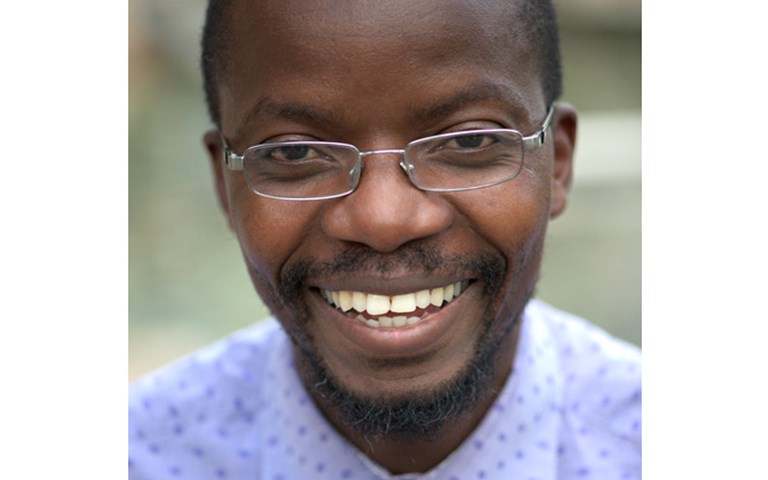 Making mining more productive and efficient will allow the industry to compete, Nyabeze says, "but we can't do it if we don't open up jobs to the diversities around us." Courtesy of Charles Nyabeze

There are a lot of myths around mining: it’s dirty, it’s homogenous and it’s unchanging. Charles Nyabeze thinks the industry is in a good position to dispel these myths and take advantage of innovation happening in other industries.

Nyabeze, vice-president of business development for the Centre for Excellence in Mining Innovation (CEMI), has been championing economically and environmentally feasible mining activities in Canada and internationally. He advocates for gender, racial and physical diversity in mining because the industry can only move forward when it opens up to more people. Nyabeze spoke with CIM Magazine about how the industry can encourage more people to consider mining as a career and the next steps for the CLEER mining supercluster.

CIM: How did you get into mining? Your sister Theresa also works in the field so it sounds like a bit of a family business.

Nyabeze: My older brother, Peter, was a rock collector and he became a geologist. I also have an older cousin who became a civil engineer, so I had engineering and rocks influencing my aspirations. I wanted to become a civil engineer but switched part way into mining engineering. I was drawn to mining by the fact that mining was happening in my backyard [in Sudbury]. I talk mining and innovation with [my family] all the time.

CIM: You’ve said in the past that you’re looking at ways for somebody who might in a wheelchair to go down into a mine. Why is it really important to consider situations like that?

Nyabeze: I think what it comes down to is accessibility, and I think mining needs to be more accessible. As another example, for a woman with long hair or someone who wears a turban, hard hats of today are not particularly suitable.

Just because I can't use my legs, it doesn't mean I can't contribute and operate with my hands. And just because I can't hear, doesn't mean that I can't contribute to working in an environment where my eyes are what is needed. Everything has to be done in a way that allows the industry to become more productive, more efficient, more effective. That's going to allow us to compete, but we can't do it if we don't open up jobs to the diversities around us. I think there's a lot of abilities and skills that are untapped in mining.

CIM: What kind of skills?

Nyabeze: People coming from other sectors, like from the history side or the social science side, those skill sets are important to mining. I am also looking at how to use innovation to improve mining. I’m constantly looking at other areas of the economy to see if there are similarities between what they are doing and what we are doing. I keep an eye out on other industry trends so we can advance solutions to the problems that we have in mining.

CIM: What kind of problems are you looking to solve?

Nyabeze: One big area for [mining] is simply the efficiency of moving the rock from one place to the other. And not just moving rock, but moving the actual valuable material, because a lot of the time we are moving junk, especially in gold or in diamond mining.

Then the other thing is to make the mining industry environment more suitable for people to work in because it is a hot environment. Going underground, you literally commute up to an hour to get to the workplace. Imagine commuting in a very uncomfortable environment. One thing to change is how people move underground and how they dress underground. Mines are hot, so we want to give them better clothing.

Related: Faster sensors have upped the potential for ore sorting in mine operations

CIM: How does technology that connects, monitors and adapts to changes help mining?

Nyabeze: We want to infuse the mining business with smart technology. CEMI is actually developing a smart mining program. Not all mines are at the same level of development and there are many things are not connected underground. For example, you can talk to people underground but knowing exactly where people are is limited to the more sophisticated mines. Some of the smaller handheld tools and smaller utility vehicles are not connected. As much as we want smart building and smart cities, we want to make mines smart.

I mentioned that a lot of what we bring from underground is waste. But that waste has material that is good for building material – aggregate. We want to remove any component of that aggregate that is not safe and then do something else with it. Maybe use it in another industrial process somewhere. So it's really about taking a closer look at everything that we have. It's recycling. But recycling the materials coming from underground in a way that is useful and makes sense.

CIM: The CLEER supercluster that CEMI was a part of was not chosen for federal funding earlier this year. What's next for it?

Nyabeze: With CLEER, there were millions of dollars involved; plus, we had partnered with enterprises that wanted to bring solutions forward. We're talking to those companies today about how we can go to the government and get alternative funding to bring that CLEER ecosystem forward. It may not be called CLEER, but the players are still there and we're talking to them about moving forward without government funding.

CIM: What are CEMI’s next goals?

Nyabeze: Some of CEMI’s goals include finalizing plans to expand our innovation and commercialization and support services and creating a 2019-2024 Clean Mining Network to further leverage momentum created by the CLEER application process. We’re also anticipating a positive renewal decision for the Ultra-Deep Mining Network in the fall of 2018 and expanding our international mining innovation and commercialization outreach.