The relationship builderNoront vice-president Glenn Nolan is navigating the complicated relationships of the Ring of Fire. Part of our We Are Mining series

Noront vice-president Glenn Nolan is navigating the complicated relationships of the Ring of Fire. Part of our We Are Mining series
By Jax Jacobsen
August 20, 2018 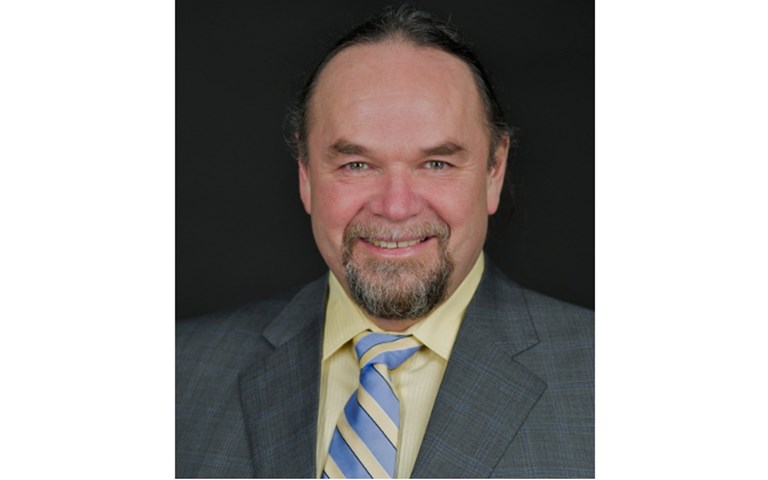 Glenn Nolan says he is confident in Noront's ability to build relationships with a new, more combative provincial government in Ontario as the company looks to advance its Eagle's Nest deposit in the Ring of Fire. Courtesy of PDAC

There are very few hats Glenn Nolan hasn’t worn. He has been president of the Prospectors and Developers Association of Canada; Chief of the Missanabie Cree; a mining exploration field agent; an entrepreneur and director of a junior mining company.

And now he’s vice-president at Noront Resources, the biggest player in the perennially stalled Ring of Fire camp, charged with navigating relations with both provincial and federal representatives as the company attempts to develop its Eagle’s Nest nickel-copper-PGE deposit. Having spent the majority of his career building relationships between industry, government and First Nations, the role is one Nolan seems perfectly made for.

“I’ve been working in this industry for over 40 years,” Nolan said. “I’ve been very fortunate to have these many opportunities, as Indigenous people don’t have a large depth of experience” in the sector.

Nolan developed his fondness for the industry after seeing firsthand how mining allowed his father to move into stable employment after years of intermittent work as a hunter and guide. “When my dad made the decision to go work at the mine, it changed everything for us,” Nolan said. “My dad finished his career as a miner. He was able to get a trade at the mine, and he had three trades when he finished his working career.”

Nolan’s elder brothers followed their father into the industry, while his mother made a living washing clothes for miners in the camp. Nolan, eager to work outdoors, decided to work in mining exploration.

In 2001 Nolan returned home to become chief of the Missanabie Cree, a northeastern Ontario First Nation located in the Algoma District. During that time, he focused on weaning the community off government funding and working with resource development companies to build partnerships and opportunities for his community. “We created an environment in which companies could start to look at us as potential partners in a variety of areas,” Nolan said. He also worked with provincial and federal government officials to emphasize his community’s interest in developing resources.

Now he’s on the other side of the table with Noront, in a much more complicated region. The Ring of Fire has huge potential – its development could generate between $7.7 billion and $9.4 billion in GDP within the first ten years, according to a 2015 Ontario Chamber of Commerce estimate – but companies operating in the area have faced multiple challenges in getting their projects off the ground.

Related: Competing priorities are complicating development in the Ring of Fire but all sides agree dialogue is necessary to get it right

Because of the remoteness of the deposit, the area is in need of significant infrastructure development. The province of Ontario and mining companies – such as Noront, but also including Cliffs Natural Resources, Northern Superior Resources, and others operating in the area – have been wrangling for years over who would foot the bill. In March 2015, citing the difficulty of discussions with the Ontario government and First Nations groups, Cliffs gave up on the region. It sold all its chromite deposits to Noront for US$20 million, a mere percentage of the US$550 million it had originally purchased them for, and made Noront the biggest claim owner in the Ring.

The stalled progress in the area may be further complicated by Doug Ford’s new Progressive Conservative government taking a more combative stance on development, with Ford himself saying in March that he would get roads to the Ring of Fire built if he had to jump on a bulldozer himself. But Nolan is confident of his, and by extension Noront’s, capacity to build good relations with the new government, and said the company is “excited” to have Greg Rickford, who served as federal minister of natural resources in Prime Minister Stephen Harper’s government, lead both the energy and mines, and Indigenous affairs ministries.

“We think that his awareness and experience and support for developing the project is going to be a huge asset for us,” Nolan said.

Don Bubar, the president and CEO of Avalon Advanced Materials, credits Nolan for his work improving dialogue between companies and Indigenous communities.

“[Glenn] had more of an appreciation of the relevance of mining to First Nations and their economic prosperity than many do,” said Bubar, who met Nolan while he was still Chief of the Missanabie. “Ninety-five per cent of [Indigenous leaders] want development to happen. They’re now standing up and starting to publicly state that we need this resource development. Glenn’s been one of the leaders who has been encouraging more Indigenous leaders across the country to have the courage to say that.”

While Nolan has been busy speaking with leaders across Ontario, he’s also working to expose Indigenous youth to the possibilities of a career in the mining sector. While Noront figures out how the necessary road and rail infrastructure will be constructed for its project, Nolan has turned his focus to community development initiatives, particularly in schools.

“Our goal is to make the young people in the communities aware of what mining is, and the opportunities that come from mining. We focus on building that awareness within communities, so that kids who are in school can make those career choices, and make choices to participate in our industry,” he said.