UN report on tailings calls for focus on safety over finances, says 341 killed in dam breaches since 2008
By Rob Csernyik
October 24, 2017 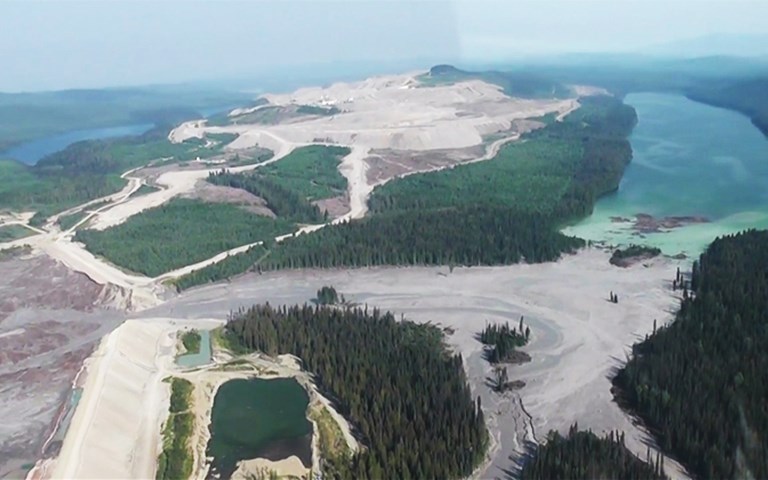 Screenshot from a video of the Mount Polley tailings dam breach in August 2014, which was among the tailings storage facility failures mentioned in the UN report. Courtesy of Cariboo Regional District

A United Nations report on mine tailings disasters urged miners to ensure that cost is not the determining factor in making decisions that affect environmental and human safety.

The report, presented in Geneva last week, focused on solutions to end mine tailings incidents and highlighted more than 40 failures in the last decade. That list included eight “significant” spills globally since 2014 and seven incidents in Canada since 2011, among which were the Mount Polley tailings dam failure in 2014, and the Samarco dam collapse in 2015.

The assessment was drafted by the United Nations Environment Program and Norwegian environmental sustainability group GRID-Arendal.

Ligia Noronha, director of the economy division of UNEP, said in the report's introduction that “despite many good intentions and investments in improved practices, large storage facilities built to contain mine tailings can leak or collapse.”

She wrote that it takes more than just best practices for construction and management to stop tailings disasters, calling existing engineering and technical knowhow around tailings storage facilities “insufficient to meet the target of zero catastrophic incidents.”

RELATED: After Mount Polley, miners and engineers grapple with the risk of maintaining the status quo

The report makes 18 recommendations including two overarching ones. The first comes from the expert panel formed after the 2014 Mount Polley tailings dam failure: to put safety first, and not make cost the overriding concern in critical decisions.

“Catastrophic mining waste failures are on the rise worldwide and on all continents,” Ugo Lapointe of MiningWatch Canada said in a statement. “These environmental disasters indiscriminately hit developed and developing countries alike, and clearly appear to be driven by financial factors, not technical ones.”

The second recommendation is to establish a UN Environment stakeholder forum to “facilitate international strengthening of tailings dam regulation.” Other recommendations include avoiding dam construction methods known to be high risk, funding a global insurance pool and funding research into mine tailings storage failures and management of active, inactive and abandoned mine sites.

MiningWatch Canada’s Lapointe and representatives from other groups such as London Mining Network, Earthworks and Amnesty International Canada applauded the assessment.