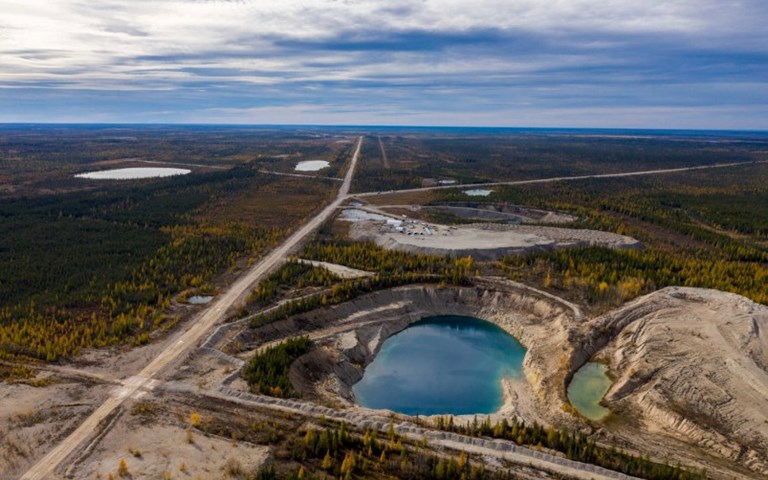 Osisko Metals' Pine Point preliminary economic assessment includes a net present value of $500 million after tax and an estimated all-in cost of US$0.82 per pound of zinc. Courtesy of Osisko Metals.

Welcome back to your weekly mining news recap, where we catch you up on some of the news you may have missed. This week’s headlines include the federal government renewing two geoscience programs, Cameco planning to reopen its Cigar Lake mine and Attawapiskat First Nation challenging the Ontario government’s Bill 197.

Due to the new health and safety protocols in place during the COVID-19 pandemic, mining companies are looking at new and alternative techniques to monitor their tailings facilities. As many tailings storage facilities are in remote locations and need to be constantly monitored, companies are exploring new methods, such as using remote cameras and unmanned aerial vehicles. Companies will have to implement these new solutions into their existing procedures to maintain effective monitoring and adherence to new safety measures during the continuing pandemic.

Minister of Natural Resources Seamus O’Regan has announced that the government will invest $98 million over five years to renew the Geo-mapping for Energy and Minerals program and the Targeted Geoscience Initiative. Led by the Geological Survey of Canada, the geo-mapping program researches mineral resource deposits in the North while the targeted geoscience initiative researches new techniques to locate deep deposits. According to O’Regan, the two programs will advance the pan-Canadian geoscience strategy under the Canadian Minerals and Metals Plan, help exploration companies identify and develop future mines and support Indigenous community engagement in land-use planning and resource development.

Cameco has released its second quarter results and announced plans to reopen its Cigar Lake mine in northern Saskatchewan, where operations have been suspended since late March. The company reported a net loss of $53 million and an adjusted net loss of $65 million for the quarter, as well as $37 million in costs for the care and maintenance of Cigar Lake. According to the company, the decision to resume operations at the mine was made due to increased risks to uranium supply and is dependent on the company’s ability to maintain health and safety protocols at the site.

Osisko Gold Royalties has announced construction of an underground portal and ramp at the Canadian Malartic mine will begin in August and the fourth quarter, respectively. The portal and ramp will connect several zones of gold resources at the mine, which is operated by Agnico Eagle and Yamana Gold, and would allow for future exploration and drilling in the areas. The two companies have also increased their exploration budget for the mine by $5 million as a result of previous positive exploration drill results.

Osisko Metals has released results from the independent preliminary economic assessment of its Pine Point zinc project in the Northwest Territories. According to the assessment, if constructed the project would have an internal rate of return of 29.6 per cent after tax with an eight per cent discount rate, a net present value of $500 million after tax and an estimated all-in cost of US$0.82 per pound. The proposed mine would produce an annual average of approximately 330 million pounds of zinc and 145 million pounds of lead. The assessment estimates the capital cost of the mine to be $555 million.

Geoscience BC has launched a new project and is seeking privately held geophysical data for the province’s Golden Triangle. The Golden Triangle Geophysics Data Compilation Project has a total budget of up to $500,000 to review, purchase and consolidate data that is not currently publicly available to create a new public dataset for the area available to the mineral exploration sector, governments, Indigenous groups and academia. The organization is accepting submissions of geophysical data collected through airborne surveys, with an emphasis on magnetic data, through October 16, 2020.

The Attawapiskat First Nation has denounced the Ontario government’s Bill 197, the province’s COVID-19 economic recovery act which amends the Environmental Assessment Act (EAA), as undemocratic. According to the Attawapiskat, the amendments to the EAA would potentially allow too many projects to avoid an assessment. Attawapiskat First Nation is calling on the provincial government to consult with Ontario First Nations about the EAA’s regulations, and stated that if the government does not address these concerns they may mount legal challenges.

The Nunavut Impact Review Board has determined that Agnico Eagle’s initial response to its request for further information about the potential impacts of the proposed salt water discharge pipeline at its Meliadine mine was insufficient, as reported by Nunatsiaq News. The board stated that the scope and content of the company’s impact statement did not include sufficient supporting evidence, details about the project and public consultation and engagement. The company will submit a revised environmental impact statement addendum to the board in mid-August.

The Association for Mineral Exploration has donated $100,000 to Food Banks BC to provide relief to people who have been impacted by the COVID-19 pandemic and are living in rural, remote and Indigenous communities. The donation was the result of the association’s #MiningFeedsBC food bank challenge which was launched in early June. The challenge received over 50 individual and corporate donations, including $50,000 from Wheaton Precious Metals.

It’s quarterly season once again, and mining companies are reporting their results for the second quarter of 2020. Here are a few highlights:

Eldorado Gold reported gold production of 137,782 ounces, a 50 per cent increase over last year’s second quarter, as well as a lower all-in sustaining cost of US$859 per ounce of gold compared to the same period in 2019, and began construction on a decline at its Lamaque mine.

Kirkland Lake Gold produced 329,770 ounces, 54 per cent more than over the same period in 2019. Its all-in sustaining costs averaged US$751 per ounce, which was US$113 per ounce more than Q2 2019. The company also reiterated the indefinite suspension of operations at its Holt Complex.

Agnico Eagle turned out 331,064 ounces from its operations, which included some pre-production gold from the Barnat deposit at its Canadian Malartic property. All-in sustaining costs (AISC) from commercial production were US$1142 per ounce. For Q2 2019 the company produced 412,315 ounces at an AISC of US$953 per ounce. The company also recorded US$22.1 million in costs related to the COVID-19 pandemic after the company ramped up operations at previously suspended sites this quarter.

Kinross Gold reported the production of 571,978 gold equivalent ounces for the quarter and all-in sustaining costs of US$984 per ounce of gold. Over the same period last year Kinross produced 648,251 gold equivalent ounces at an AISC of US$925. The company stated its production, cost of sales, all-in sustaining costs and capital expenditures are all on track to meet its original withdrawn guidance for 2020.