The stories that defined 2021 and will set the agenda for the year ahead
The Editors
December 20, 2021 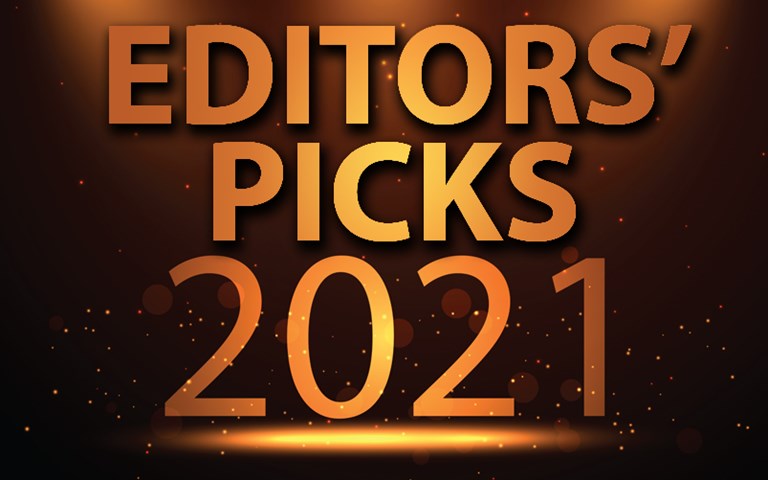 We, the editors of CIM Magazine, looked back at the many stories we covered over the months and are highlighting those that we think capture the zeitgeist of the year. Here are our top choices for the year.

United Nations Declaration on the Rights of Indigenous Peoples Act came into force in Canada. Viewed from one perspective, this legislation is a lagging indicator, the codification of a cultural shift that has been underway in Canada for some time. Many miners have already been acting in the spirit of the declaration, applying it as a best practice in the development and operation of their projects. Its significance, however, should not be discounted. The revelations this year of unmarked graves at residential schools, made it clear that the hard work of reconciliation with the Indigenous Peoples of Canada remains, and that this legal framework has a role to play in that process. “Canada has finally woken up,” observed Dene National Chief Norman Yakeleya in Tijana Mitrovic’s story, “that the original owners are not going anywhere, we have lands, we have resources, and the original landowners need to be involved. The implementation of UNDRIP is long overdue – 153 years to be exact.” – Ryan Bergen

One of our biggest news stories of this year was written in the shadow of the GameStop short squeeze, but predatory short selling is a much broader issue that has plagued junior mining companies for some time. Whatever the results of the Ontario Capital Markets Modernization Taskforce’s recommendations become, Kelsey Rolfe’s story makes  clear that companies and investors need more assistance protecting themselves from pump-and-dump schemes designed to spread lies and hurt developing companies. – Matthew Parizot

At the heart of it, journalism is about reaching out to people, gathering their stories and presenting them to audiences, but there are times when numbers and hard data need to be front and centre. This is one of those times. It is pointless to talk about fatalities and zero-loss time without numbers, so writer Rosalind Stefanac went looking and came across a treasure trove of figures, courtesy of the Association of Workers’ Compensation Boards of Canada. Presenting these figures to the industry is our way of saying: “Here’s how safe the mining industry in Canada is. Now, let’s see if we can find ways to do better, because we can always do better.”  – Carolyn Gruske

The oft-quoted statistic from the 2017 McKinsey report that four out of five greenfield mining projects are either late and/or over budget by more than 40 per cent serves as a cautionary tale at the start of any new mining project. Seasoned mining executive Ian Pearce’s column provides clear guidelines for delivering a successful project. – Michele Beacom

The long climb out of Totten

When 39 miners were trapped in Vale’s Totten mine, evacuation was not going to be easy. The mine’s design and the physical condition of the workers prevented the rescue team from extracting the workers  from using their usual egress system. Angelica Zagorski’s story covers one of the biggest mine-rescue operations in Canada – an operation that has led to the Aztek rope system being incorporated into Ontario’s rope-training curriculum for mine- rescue workers. – Olivia Johnson

Tailings – from risk to reward

The vast majority of the output from a processing plant is waste and is sent off to be stored as tailings. In the current best-case scenario these tailings are an environmental risk and a long-term liability. However, new advanced technologies are opening up new ways of thinking about this aspect of a mining operation. Writer Amanda Graff looked into three new or soon-to-market approaches to help miners reach green-mining goals, uncover value in tailings and leave behind rehabilitated ecosystems.  – MB

A rare first in Canada

Given the remote sites of most of Canada’s mining operations, it is not feasible to walk the properties of all the projects we profile in CIM Magazine. The pandemic has only made site visits more unlikely. It was so refreshing, then, to receive Herb Mathisen’s report from Cheetah Resources’ Nechalacho rare earth mine for our October issue. Beyond the nearly audible crunch of the boots on the ground in the article, it was also remarkable in that it details the activities and ambitions of the operators of Canada’s first rare earth elements mine – a milestone that has been a long time coming for this country, and one that has ultimately been achieved by an Australian-listed company.  – RB

Our Mining Lore section has shown that mining has had a hand in many of the world’s fundamental achievements and iconic moments in history. From the invention of the steam engine to long-lost gold mines and even the final flight of Amelia Earhart, mining has played a fundamental role in human history. While the section is being retired for now, Samuel Haughton’s story, one of our final tales, goes back further than any story we’ve told before, touching on a mine so iconic (and dangerous) dating back over two millennia. – MP

Chipping away at cyanide

In conversation with Herb Mathisen, Rebecca Payant does exactly that: she explains how St Barbara Limited reduced its cyanide use and saved $3 million per year. This wasn’t a grand plan. Instead, as Payant tells it, her team carefully observed what was happening, dealt with challenges that cropped up, and looked for ways to continuously improve operations. It’s not a new or a revolutionary approach, and it’s not something that wins innovation awards, but it is an example of what every person in the industry can do: pay attention to what is going on, think about ways the situation can be improved, and take small, incremental steps to do just that. As Payant proved, the results are worth it.  – CG

Earlier this year, Newmont was one of the first mining companies to tie its sustainability and financial performances together using a sustainability-linked loan (SLL). This type of facility gives borrowers incentives to achieve certain ESG objectives. Kelsey Rolfe’s news story looks at the  growing momentum towards SLLs and how companies can use them to communicate their ESG objectives – while questioning if they stand up to scrutiny. – OJ