Checking the pulse on gender equityAt the University of Saskatchewan, Jocelyn Peltier-Huntley is researching the state of diversity and inclusion in today’s mining industry. Part of our We Are Mining series

At the University of Saskatchewan, Jocelyn Peltier-Huntley is researching the state of diversity and inclusion in today’s mining industry. Part of our We Are Mining series
By Ashley Joseph
October 24, 2018 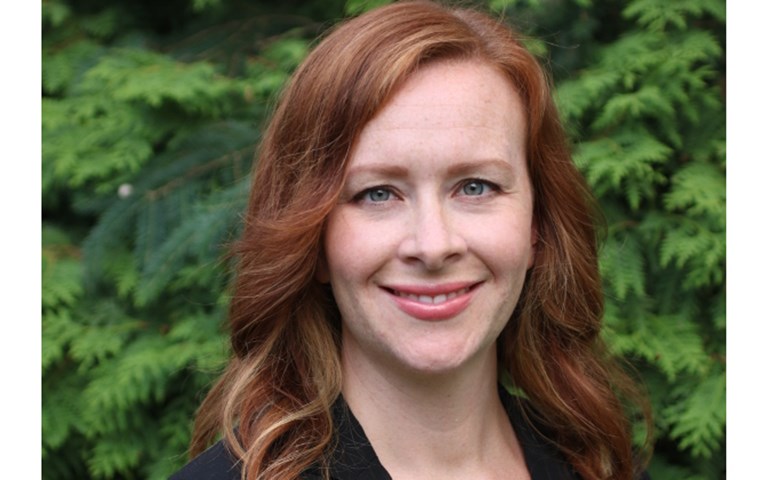 University of Saskatchewan masters student Jocelyn Peltier-Huntley first started working in the mining industry in 2004, and eventually found herself in potash working on BHP’s Jansen Project. When she learned the company committed itself to a goal of gender parity by 2025, she was inspired to research the gender gap in mining. “I thought, wow, that’s an impressive goal, but anywhere I’ve worked and travelled in mining I haven’t seen a lot of women, so how’s that going to happen?” With an undergrad degree in mechanical engineering, Peltier-Huntley began work on her masters exploring diversity and inclusion in the mining industry, with a focus on communication.

Peltier-Huntley spoke with CIM Magazine about where the mining industry currently stands on gender parity, and where it is headed.

CIM: Why do you think you’ve seen so many women leaving the mining industry?

Peltier-Huntley: I think a lot of it has to do with the culture. There’s a lot of talk about diversity, but inclusion is the cultural aspect – the welcoming of people. From my experience, and talking with others who’ve worked in mining, it’s not necessarily set up to support women because there weren’t traditionally women working in the mining industry. They were banned from working in mining up until the late ‘70s and early ‘80s in Canada. There are not a lot of role models or mentors in that area, and the mining industry does tend to be more male-dominated.

CIM: Do you think that’s discouraging young women from choosing careers in the mining industry?

CIM: What do you think needs to be done to reverse that problem?

Peltier-Huntley: I think it’s a multi-fronted approach that has to happen. Looking at other cultural changes that have happened in mining, one thing that comes to my mind is health and safety. Mining was not known, for a long time, as a very safe place to work. Over the last few decades, mining has really shifted its image and improved its health and safety performance. What I’m interested in finding out, through the survey I’m sending out [as part of my research], is if there are opportunities to utilize some of the existing programs rather than having a stand-alone HR system.

CIM: Tell us a bit about the survey.

Peltier-Huntley: It’s set up to capture perceptions and experiences from people who work or worked in the Canadian mining industry. All of the questions are trying to look at how far away diversity and inclusion is from health and safety, to see if there’s opportunity to draw those two things closer together. It captures some basic demographic information, but it’s meant to get a bit of a pulse-check on how the culture may or may not be changing. I’ve been contacting different industry associations to try to get them to promote it, and I’ve been putting it on social media and using my own network as well.

CIM: What insights do you hope to glean from it?

Peltier-Huntley: I hope to get out of it a communication strategy of how we can [adjust] the messaging to inspire men to get on board with the changes and maybe inspire women who have previously worked in the industry to come back. Then I’m hoping to put together a tool kit to help with education and awareness.

CIM: I know your research has focused on a few different places around the world. Have you seen major differences from one country to another?

Peltier-Huntley: There has been more talk in Australia and South Africa that could be somewhat applicable to what we’re doing in Canada, but we’re all kind of at the same level. There’s been research through groups like Women in Mining Canada and Mining Industry Human Resource Council but all fairly recent – nothing going back decades or anything.

CIM: Why do you think there’s been more of an interest in the subject recently?

Peltier-Huntley: I think part of it might be to do with the United Nations sustainable development goals. Goal number five is around gender equity. For the first part of my research, I took a look at what was communicated from ten different major mining companies in Canada, and within the last two to three years there has been more mention and heightened awareness around diversity and inclusion.

CIM: What do you think is the main reason why so many women leave the mining industry?

Peltier-Huntley: It depends on the person, but there has been a lot of discussion around lack of flexibility, maybe when they were trying to balance being a parent with advancing their career. There’s a lot more flexible work arrangements happening today than there was even two to three years ago.

CIM: Where does harassment and discrimination come into play?

Peltier-Huntley: I just did a talk at the Women in Nuclear Canada Conference about how to combat gender micro-aggressions, which is subtle sexism. If we’re wanting to have more inclusion, then we have to look at the flipside at what’s excluding people. Part of that is subtle messaging, implicit biases and sexism that women experience. It grinds on them over time. They may leave because they don’t feel that they belong.

CIM: How can companies combat that toxic culture?

Peltier-Huntley: How I’ve been equating it in my mind is in the same way that we have the health and safety triangle, there’s a similar triangle that we could call up for sexism. The bottom rung of that would be gendered micro-aggressions and unconscious bias. In general, we don’t do a good job of tracking those things and encouraging people to report on them. If you’re not tracking the numbers, you probably don’t have an idea of the magnitude of the problem.

CIM: Are there any companies you have seen that we could look to as good examples?

Peltier-Huntley: Two that I saw would be Cameco and Teck. They’re getting involved with sponsoring different women-focused research or women’s support groups, so both of those companies are doing a good job of reaching out and ensuring the conversation is happening.

CIM: Do you think Canadian mining companies in general are open to and interested in making strides in this area?

Peltier-Huntley: The majority of the ten that I looked at were moving in that direction – some were a bit further back. Regulations could help with moving more companies forward. Until then, there are things we can do on an individual level to improve workplace culture.

In order to move gender equity forward, we need diversity and inclusion—not just one of them. There are diversity regulations that need to be put in place by governments to encourage board and senior management diversity. I also think there needs to be a government support system for promoting inclusion. We currently have these types of systems to support health and safety, so maybe they can be made to include a focus on mental health, which is often impacted by discrimination and harassment. For example, there is great clarity and public reporting on health and safety stats, regulations, and government oversight in mining – and unclear or inconsistent metrics and public reporting of incidents around discrimination and harassment.

CIM: What are some of the things we can do to improve workplace culture?

Peltier-Huntley: Speaking up and observing discrimination occurring in the workplace. People may not even be aware that they’re doing it. Bringing those issues up can help an individual change their behaviour if they know that it’s not appropriate. The other thing is making sure this isn’t just a women’s issue. We need to get the men involved – men are a majority in the mining population, so they need to get on board with this, too. It’s great to have systems and programs that promote female leaders, but if we don’t have the majority of people on board with making changes, we’re not going to see changes.