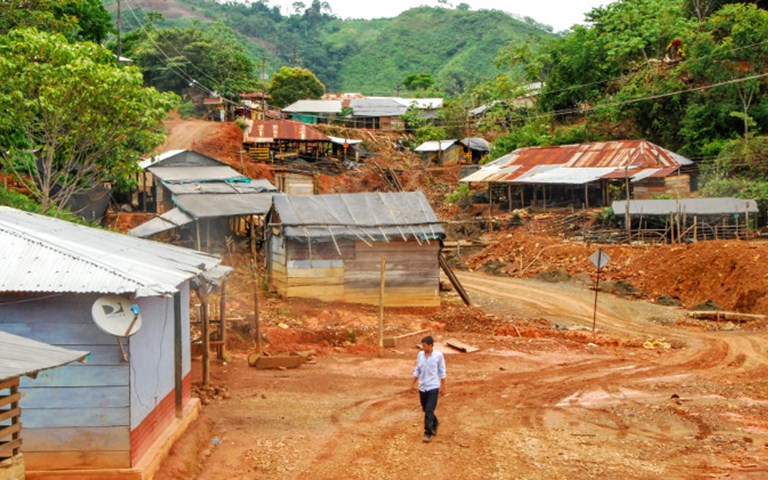 German carmaker Daimler promised it would investigate its supply chain and joined the Responsible Cobalt Initiative in early May in response to growing concern about child labour in Congolese cobalt mines. The company, which owns Mercedes-Benz, uses cobalt in its electric car batteries and said it hopes that “transparency and governance will be improved, and the risks of child labor diminished” under the initiative.

Multiple mining companies and manufacturers have taken up a spate of initiatives in the first half of 2018 to make mining supply chains more transparent.

In January, BMW and Codelco announced an agreement to cooperate on a sustainable and transparent supply of copper, with Codelco promising to ensure that the copper it supplies to the automaker meets certain ecological and social responsibility indicators. The same month, De Beers launched an online diamond traceability program to track diamonds from “rough to polish.” By May the pilot project had tracked 100 high-value diamonds from miner to retailer using blockchain, which the company explained creates “an immutable and secure digital trail” back to the source of each tracked stone.

But experts in sustainable mining practices say these initiatives fall short of solving some of the major supply chain challenges, especially those faced by artisanal and small-scale miners (ASM), who need help to establish responsible mines and find trustworthy buyers for their products.

Christopher Sheldon, the practice manager of energy and extractive industries global practice at the World Bank, said through a spokesperson that most of the existing assurance programs are designed for large multinational corporations, which are better able to cover upfront costs associated with these activities.

“The mining industry is under increasing pressure to make the value chain more responsible and accountable from a social and environmental perspective,” Sheldon said. “But there is a need for assurance programs that consider and include the specific challenges of small and medium-sized organizations and artisanal mining operations.”

Related: Since 2014, Continental Gold has been working with local miners to formalize artisanal operations next to its Buriticá project

Sheldon led the production of a World Bank report in July 2017 exploring the implications of the rapid uptake of climate-friendly technologies. The report provides an overview of the known reserves of these minerals and the extent to which they can be found in developing countries.

“The overall material intensity of products required for the construction of clean energy technologies will significantly increase demand for key base and precious minerals and rare earth elements,” he said.

As demand grows, so does pressure on the people and environments in resource-rich developing countries where clean-tech materials are found. Demand for rechargeable batteries has contributed to a boom in cobalt prices since the beginning of 2017. According to Amnesty International, more than 50 per cent of the world’s cobalt supply originates in the Democratic Republic of the Congo (DRC). And one fifth of the cobalt currently exported from the DRC is mined by hand by 110,000 to 150,000 ASM, including children.

The World Bank estimates there are 100 million artisanal miners in 80 countries worldwide. ASM production accounts for 20 per cent of gold mining and up to 20 per cent of diamond mining. While the overall goal of supply chain certification is to ensure that child labour, criminal elements and environmental damage are eliminated, the initiatives designed for global operators like BMW and Codelco are unrealistic for ASM operators, said Robert Stevens, director of partnerships and learning at the Canadian International Resources and Development Institute (CIRDI).

“We need to look at the ASM sector differently than large-scale mining,” said Stevens. “The resources available to the ASM miner – the way they mine, the revenue they’re generating – is just so different to the larger scale mining sector.”

Certification systems aimed at larger operators, like the Codelco-BMW partnership, are necessary, said Stevens, but so are systems realistic for smaller scale miners. The primary intervention CIRDI endorses is to help ASM move from illegal and informal operations to formalized operations. Stevens said the Swiss Better Gold Initiative and the Alliance for Responsible Mining’s (ARM) Fairmined Certification are two programs that target the issues faced by people involved in ASM.

Better Gold buys gold from miners who are certified by a list of third-party programs it has approved, such as Fairmined, an assurance label that certifies gold from ASM mining operations that have worked to improve the social and environmental performance of their operation. This allows more value from the sale to go back to the miners themselves and prevents miners having to sell within an illegal framework to people involved with money laundering or drugs, or through paramilitary forces.

Stevens said the ideal solution would be to combine industry associations with large international groups, such as the World Bank or the United Nations, together with NGOs to collectively agree on a set of standards.

“There is no simple answer,” said Sheldon. “[But] there is a lot of scope for resource-rich developed countries to provide advice and support in the form of best practices and other contributions.”