Metals begin the year with wind at their backsCobalt and palladium 2017’s big winners, while Canadian crude and uranium slump 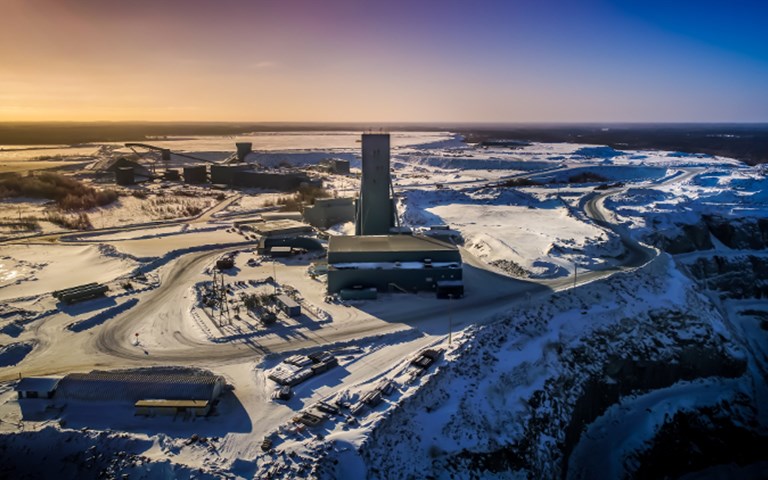 As a new year dawns and projections are made, it’s important to look back on 2017 and explore both the structural- and sentiment-driven performance of a number of different commodities. Scotiabank Economics highlighted cobalt and palladium as big performers this year, and CRU Group in London pointed out that all the London Metal Exchange metals (copper, zinc, lead, aluminum, tin, nickel, cobalt and molybdenum) ended the year strongly and overall had upward trends for the year. Analysts point to an overall synchronized global growth that drove both optimism and demand.

Paul Robinson, director at CRU Group, said his pick for 2017 star performers are the aluminum raw materials: alumina, calcined petroleum coke and coal tar pitch. Alumina registered a price increase of 40 per cent, and the latter two materials saw increases of more than 60 per cent. Rising prices for alumina were driven largely by concerns about supply disruptions related to strikes and civil unrest in Guinea. The reasons behind the stellar performances of coal tar pitch and calcined petroleum coke, according to Robinson, are related to a structural “double whammy:” a reduction in the use of blast furnaces for steel production means a reduction in coal tar pitch, a byproduct of the coking coal process; and the corresponding increased use of electric arc furnaces creates additional demand for calcined petroleum coke, with new consumers competing with aluminum smelters.

Aluminum raw materials were also affected by periodic closures of coal-fired aluminum smelters in China – a phenomenon that also had an impact on global steel prices. Prompted by environmental concerns, particularly air quality in major cities, China’s “blue sky” initiative closed smelters during the winter months when citizens were also heating their homes with coal. “There were concerns that you would see a reduction in Chinese production and that would leave the overall market in deficit,” said Scotiabank commodity economist Rory Johnston. “But as we’ve come through the year and partway through winter, the cuts were less severe than initially feared and some high-capacity plants were permitted to maintain a higher capacity than expected.”

Electric vehicles and batteries boosted both nickel and copper. “The quote you hear from Elon Musk is that they’re called lithium-ion batteries but should be called nickel graphite batteries because that’s the bulk of their weight,” said Johnston. But nickel has a much larger supply overhang than some of the other base metals, and Johnston instead listed cobalt as his overall best performer of all commodities in his 2017 year-end report, citing a rise of 127 per cent to $33 per pound. “Cobalt mirrors the 2016 rise of lithium,” he said. And, given that cobalt is a relatively small market in terms of tonnage, he noted that even small changes in demand can quickly throw the market into real or perceived deficit or surplus.

Despite increasing optimism surrounding the electric car industry, the demand for conventional automobiles remains high – which made 2017 a good year for palladium. According to market research group Statista, 80 million cars were sold worldwide in 2017. North American Palladium president and CEO James Gallagher noted that the year-over-year increase has been a steady two to three per cent for the last decade. Evolving emission standards – particularly in China and Europe – have also led to increased demand for palladium, which acts as a catalyst inside catalytic converters, helping to filter some of the more toxic engine byproducts. Alongside an increase in demand, the global supply of palladium has remained relatively flat. “There’s been a structural deficit in the market for the last four years,” said Gallagher. “They’ve increased recycling of old automobiles and tapped Russia’s big stockpiles, but those have largely been depleted.”

While oil prices hit a two-year high in 2017, Canadian crude prices reached a three-year low in December. Canadian crude is typically discounted to remain competitive in the face of higher refinement costs, but that discount jumped to $27 from $12 over the course of 2017 – higher than anticipated. The key problem, according to Johnston, is that an increase in oil sands production is bumping up against pipeline capacity. In November, the discount on Western Canadian Select (WCS) peaked when a Keystone pipeline-related spill and subsequent outage backed up inventory into Albertan storage tanks. “We’re waiting on a number of new pipelines to enter operation, but the political climate and regulatory issues keep pushing those dates back,” said Johnston. And, he added, efforts to supplement pipeline delivery through rail service have been met with reluctance from rail companies not keen to sign stopgap contracts.

The fallout from the 2011 Fukushima nuclear disaster continued to depress uranium prices in 2017, which began the year at $24.50 per pound and ended at $22.32 per pound. (Pre-Fukushima prices were around $70 per pound.) In Japan, only five of 50 reactors have come back online, and confidence in nuclear power has been shaken or even overturned elsewhere, most notably in Germany. As a result, the market continues to be oversupplied, driving down prices. But Garth Struther, a spokesperson for Saskatchewan-based Cameco, said he sees one bright spot for the year: producers are finally starting to exercise some supply discipline. Cameco announced in November a 10-month closure of the Key Lake and McArthur River sites, and Kazakhstan’s state-owned Kazatomprom announced plans to reduce production over three years.