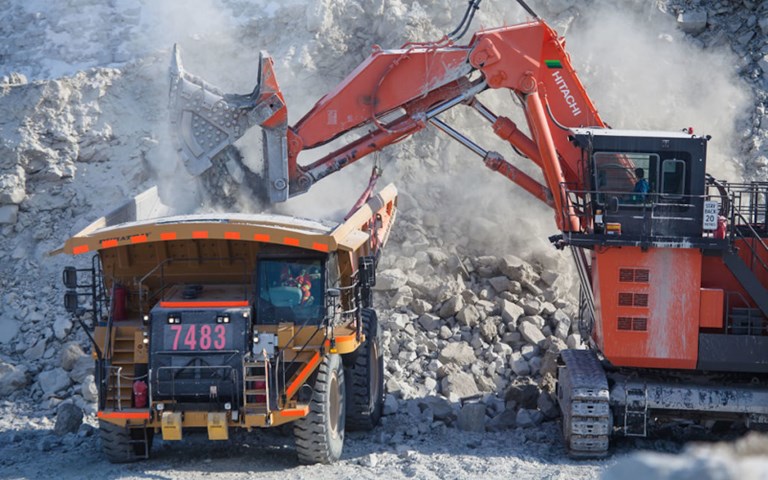 Welcome back to your weekly mining news recap, where we catch you up on some of the news you may have missed. This week’s headlines include Champion Iron acquiring the Kami iron ore project, criticisms of Yukon’s mining regime and Beaver Brook mine suspending operations and laying off the majority of its workforce.

Dominion Diamond Mines announced that it will restart its Ekati diamond mine in the Northwest Territories in early December, as reported by Mining.com. A reduced workforce of about 60 employees will head back to the mine, where operations have been suspended since mid-March due to the COVID-19 pandemic. New health and safety measures will be put in place to accommodate the returned workforce. The company also announced that its senior lenders are expected to close a binding agreement to restructure its debt, as Dominion Diamond Mines remains under creditor protection and has lost approximately US$180 million in potential diamond sales since the mine closure.

Champion Iron will acquire the Kami iron ore project from Alderon Iron Ore for $15 million in cash following the Supreme Court of Newfoundland and Labrador’s approval of the proposed acquisition. Under the deal, Champion Iron will also pay Alderon Iron Ore a fixed amount of future iron ore concentrate from the project. It also has the option to purchase and eliminate the company’s $19.4 million debt by issuing 4.2 million shares to its creditors. Once the acquisition is complete, Champion plans to revise the scope of the project, which is only a few kilometres away from its operating Bloom Lake mine, and conduct a new feasibility study in the short term.

Endeavour Mining and Teranga Gold announced a $2.44 billion merger which will create a top-10 worldwide gold producer. Under the definitive agreement, Endeavour will acquire all of Teranga’s shares, leaving Endeavour’s and Teranga’s shareholders with 66 per cent and 34 per cent stakes, respectively, in the new company. The newly formed company has a projected market capitalization of $7.6 billion and will produce an estimated 1.5 million ounces of gold per year through six operating mines in Burkina Faso, Côte d’Ivoire and Senegal.

After more than 20 years in the mining industry, Lynn Brunette has put in the extra work to prove her doubters wrong. She has worked at Agrium and Vale, where she has spent most of her career, and has served as a circuit and building operator, front-line supervisor and more, moving from hourly labour positions to supervisory roles. Brunette spoke to CIM Magazine about her career experience, her challenges as a woman and as a supervisor and how to build respect in the industry.

Provincial political party Québec solidaire is calling for the province to partially nationalize lithium and graphite mines in order to manage the processing and avoid exploitation, as reported by the Montreal Gazette. Vincent Marissal, MNA for Rosement, has proposed an initial “50 per cent plus one” nationalization of these mines to allow the province to control extraction, and estimated that the cost would be between $600 million and $1 billion. In Mexico, a member of the ruling Morena party also introduced a draft bill in parliament to nationalize lithium mining and create a new state-owned entity to regulate it in order to solve the country’s economic problems, as reported by Mining.com.

According to Tara Gilfillan, one of the reasons why boutique engineering companies such as Optimize Group are on the rise and are finding increased demand for their services is due to their specialization and ability to collaborate. Employing experienced engineers and professionals, these companies provide hands-on and specialized services that larger companies may not provide or that small mining companies cannot afford. Boutique engineering companies are cutting a toehold by focusing on collaboration with clients, finding niches within the industry and bringing in outside consultants when needed.

According to a public consultation report, the Yukon Mineral Development Strategy’s independent panel says that many Yukoners are frustrated with the current state of mineral development in the territory, as reported by The Star. In 3,000 survey comments, 90 interviews and 63 written submissions and meetings, members of the public criticized the territory’s outdated mining legislation, its consultation process with First Nations, the reclamation system and more, and stated that the benefits of mining aren’t reaching the public. The report will be used to develop a set of recommendations about mining that will be submitted to the Yukon government in the spring.

Sandvik announced that it will close its Kirkland Lake, Ont. service shop and consolidate its electric vehicle servicing in the Sudbury region, as reported by Sudbury.com. The company will consolidate its battery-electric vehicle servicing at its facility in Lively, as the shop has barely been used over the past three months. According to the company, its battery-electric vehicle technicians will continue to work from home and in the field, its facility and assets have been divested and it will donate the proceeds of sold office equipment to the local Salvation Army.

Dozens of employees have been laid off and operations have been suspended at the Beaver Brook mine in central Newfoundland, as reported by VOCM. According to a mine spokesperson, the majority of its 100-person workforce has received layoff notices and more are expected in the coming weeks.  The spokesperson cited the ongoing COVID-19 pandemic and higher production costs in winter as reasons for the suspension. A small team of employees will stay on to monitor the mine.

Nouveau Monde Graphite has said it has made a breakthrough in the development of its lithium-ion battery anode material, which creates a high-value secondary product out of waste material. The new approach incorporates silicon into the development process, which converts what was previously surplus material into a sellable commodity for battery making and additional applications. According to the company, the process will now allow it to sell 100 per cent of its material production at a premium price, and will be implemented at the company’s Matawinie graphite project in Saint-Michel-des-Saints, Quebec.