Mining mentorship programs abound but don’t solve industry’s retention challengeMentorship programs have their benefits but shouldn’t be the only solution to mining’s diversity problem. Part of our We Are Mining series

Mentorship programs have their benefits but shouldn’t be the only solution to mining’s diversity problem. Part of our We Are Mining series
By Matthew Parizot
November 05, 2018 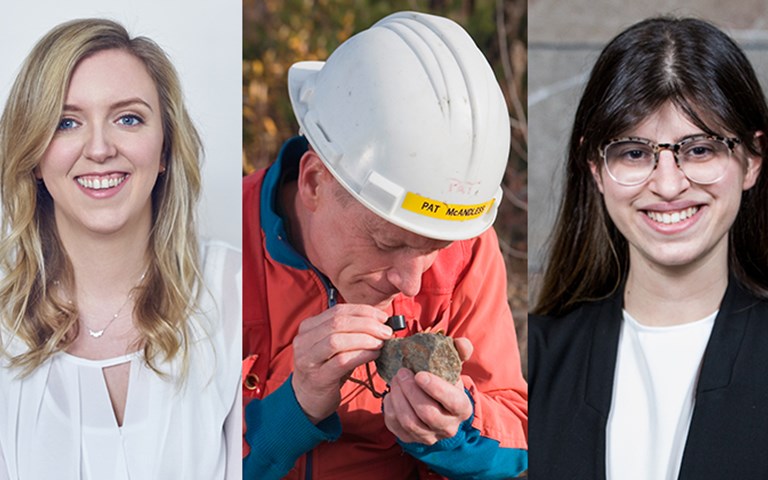 When Stephanie Saliba was in her second year of McGill University’s mining engineering co-op program, she joined the Promoting Opportunities for Women in Engineering (POWE) group to help mentor first-year engineering students. While she says she joined the group in part because of the connections it offered, Saliba knows first-hand the benefits of having a mentor.

“As an older student, I would give pointers and suggestions, encourage them, basically be there for [my mentee],” said Saliba, who has since graduated and now works in the industry. In her free time Saliba manages the MiningDiaries blog to dispel misconceptions of what it is like to work in mining.

POWE is just one of many mentorship programs throughout the industry.  The International Women in Resources Mentorship Programme supports women from around the world with coaching and mentorship. Goldcorp’s Creating Choices program aims to help women in their careers through training, development and mentorship, and has graduated over 1,800 women to date.

More recently, Women in Mining and Women in Nuclear Saskatchewan (WIM/WiN-SK) received $163,000 from the International Minerals Innovation Institute in February to fund its Mine Your Potential mentorship program, which connects women working in the industry with male and female “champions,” and encourages students to join the industry.

“Our goal is to change the preconceptions women have of the mining industry,” WIM/WiN-SK chair Anne Gent said in February. “We also strive to retain and promote the women already in the mining industry to realize their full potential.”

Mentorship programs have emerged as one of the most popular ways to bridge the gap. But diversity advocates say that they should not be the catch-all solution for a much larger issue.

Related: The mining industry has long known about the imminent skills shortage it is facing. Now it’s time to update the discussion and focus on creative solutions.

Saliba’s mentor Patrick McAndless, a professional mentor, uses his decades of experience in the industry to guide students developing their future careers. He says mentorship can be an essential tool for bringing out the potential of students looking to enter the mining industry, as well as keeping them there.

“I think the key is recognizing who needs the support,” said McAndless. “There’s going to be some that just are not going to say anything. They’re going to go through the engineering program...and just at the end say, ‘Okay... I am not comfortable here. I don’t think I’m going to have any opportunities’ [and lose] hope.”

For those entering the industry, having a mentor can allow them to make connections quickly and provide assurance that there is someone they can turn to for advice if they need it.

“It’s hard being the only woman in the room, but it’s a lot easier when you know that some of the people at the table are watching out for you and want what’s best for you,” said Veronica Knott, a University of British Columbia mining engineering student.

Knott, a 2018 #DisruptMining judge who is currently interning with Goldcorp, said mentorship helped her succeed academically. She returns the favour by speaking to high school girls and reaching out to other women in engineering programs.

The systemic barriers to entering and remaining in the industry, however, can be much bigger than what mentorship can fix, and addressing these issues in a workplace can mean taking a hard look at a company’s prevailing culture.

Holly Burton, a leadership coach for women in male-dominated industries and a former mining engineer, says mentorship is not enough to address a workplace culture that is not always accommodating to women.

“There’s a lot of effort put into recruitment. Companies are quick to ask, ‘How do we hire better?’” Burton said. “And what we don’t see done as much, or as effectively, or even with as much focus is working on retaining the women that we already have in the industry. We’ve got a massive problem with that.”

She points to a 2013 study from the journal Social Forces that illustrates this point. According to a study of working women, 15 per cent of professional women end up leaving their careers within 20 years. For women working in STEM fields, however, that number balloons to 60 per cent.

Burton recalls several incidents back when she was a mining engineer that dissuaded her from continuing down her chosen career path. According to her, over the first six months at one job, the other engineers would frequently go on pit tours without telling her. When confronted, they said it was simply coincidence, and that she was being sensitive.

“When something happens consistently over the course of six months to a year, it’s not really circumstance,” Burton said. “There’s always that message that’s being put forward to women: ‘Well, maybe it’s just you, maybe you’re just being too sensitive.’”

Workplace harassment, maternity leave policies, and gender differences in performance evaluations are all obstacles that Burton says the women she coaches deal with, and mentorship can only go so far when it comes to addressing these problems.

“I don’t think that’s where the gap is honestly, and I usually say as much to companies,” she said. “I think mentoring is valuable and good and important and that they should do it, but it really can’t be the start and finish of diversity programming.”

Similarly, First Nations groups have their own obstacles in acclimating to the mining industry that go beyond recruitment.

Mining companies looking to dig near Indigenous communities often sign impact and benefits agreements (IBA), which can come with a preferential hiring practice for Indigenous workers. However, these positions are often contractual labour positions outside the skilled trades with little chance for promotion, which leads to poor worker retention.

Related: How Indigenous communities can make the most of the lull in the minerals market

Andrew Hodgkins, a researcher and adjunct professor at the University of Alberta, studies the relationship between First Nations and resource extraction industries, and the results of these IBAs. Frequently, he said, the infrastructure is not in place for Indigenous workers to succeed.

“It’s very hard to recruit, especially when you’re dealing with such a small pool of potential candidates that would be able to be hired on a long-term basis,” said Hodgkins.

The lack of education to qualify for skilled trades is one of the biggest obstacles that Hodgkins cites in increasing Indigenous employment. There are, however, more effective ways mining companies can help improve those numbers.

Hodgkins conducted a 2016 study into a corporate-sponsored train-to-work program to integrate young Indigenous people into skilled trade positions at mines in Alberta’s oil sands, which included a month-long internship at a local mine. He found that long-term investment into the communities helped to break the employment barrier.

“Having been in the region for a long time, and developing relationships with local communities, that longevity is a big part of the success of hiring people in that region,” he said.

Inevitably, if one of these relationships lasts long enough, one will begin to see a culture of mentorship from those who came before.

“The youth that I was following, they have mentors in their own communities, family members who have worked in the oil sands,” Hodgkins said. “They know a lot about what they’re getting themselves into, and that’s a significant component of that transition from the learning area to the work.”